The cold, stale truth about the plane food, on the whole is that it is unappetizing. But you can count on Cathay Pacific as the Hong Kong airline has teamed up with Mandarin Oriental Hotel Group to offer in flight menus to its first class passengers. Starting in September until the end of the year, the first class passengers flying on the airline’s Hong Kong to London route will be served gourmet meals prepared by two Mandarin Oriental Chefs.

Until October 31, dishes created by Chef Uwe Opocensky, Michelin-starred Executive Chef at Mandarin Oriental, Hong Kong, will feature on flights from Hong Kong to London. The menu selections will feature appetizers such as a terrine of foie gras with winter truffle, asparagus with freshly toasted brioche, and home-smoked salmon with crabmeat and caviar. Main courses include organic beef from the award-winning Brandt Farm in the US, perfectly balanced with a combination of celeriac puree and truffle jus, and succulent organic chicken partnered by a wing bone foie gras. 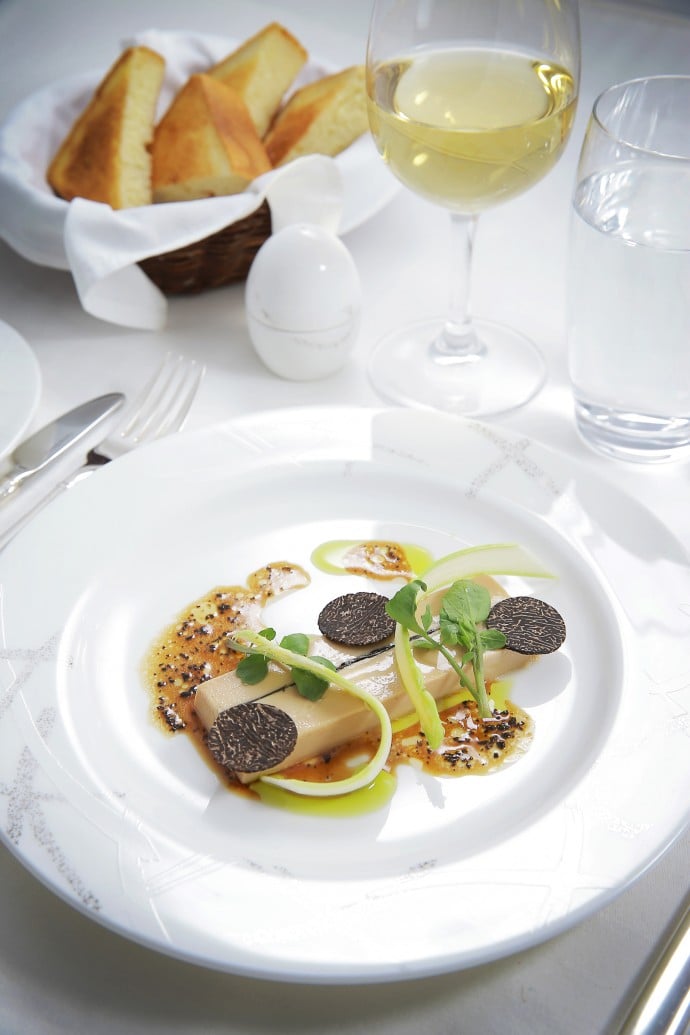 Between 1 November and 31 December 2014, passengers travelling from London to Hong Kong will be able to enjoy a selection of dishes created by Dean Yasharian, Executive Chef at the Bar Boulud at Mandarin Oriental Hyde Park, London. The menu selections will feature traditional bistro appetizers such as fresh Dorset crab and duck liver terrine. Main courses consist of British-origin beef, slowly braised in a rich red wine sauce and complemented by a smooth puree of parsnips, and fillets of lemon sole enriched with a buttery but subtle Grenoble sauce. Desserts include a tart raspberry filling baked in crisp filo pastry, perfectly balanced with sweet milk ice cream, and a chocolate dome with a deliciously rich coffee centre.

Tags from the story
Mandarin-Oriental

Not San Francisco or Zurich, but it’s Tel Aviv that is the most expensive city…

Just in time for the holiday season: Tesla has launched a $1900 ATV for kids…

Winters just got cooler with the second chapter of The North Face x Gucci collaboration.