When it comes to cocktails, we’ve got to say, we’ve seen it all. Fancy ingredients, celebrity inspiration, and even diamonds (no, you didn’t read that wrong, we seriously meant diamonds), we’ve heard it all before, so you can be sure that it takes a lot to impress us. But when we heard that a newly opened restaurant in London had created the most expensive cocktail in the world, we had to sit up and take notice. Gigi’s restaurant raised the stakes at its star studded opening on Thursday by creating an utterly extravagant drink for actress Grace Jones who was in attendance. Called “The Gigi’s” the cocktail is priced at £8,888 which is about $14,437.
So what turns a simple champagne cocktail into a bank breaking beverage? For starters, a good glug of some 1990 Vintage Cristal (yes, that’s the champagne that every rapper worth his salt has sung about) followed by a splash of 1888 Samalens Vieille Relique Vintage Bas Armagnac topped with “lashings” of gold leaf. In fact, its only affordable ingredients are sugar and Angostura Bitters. 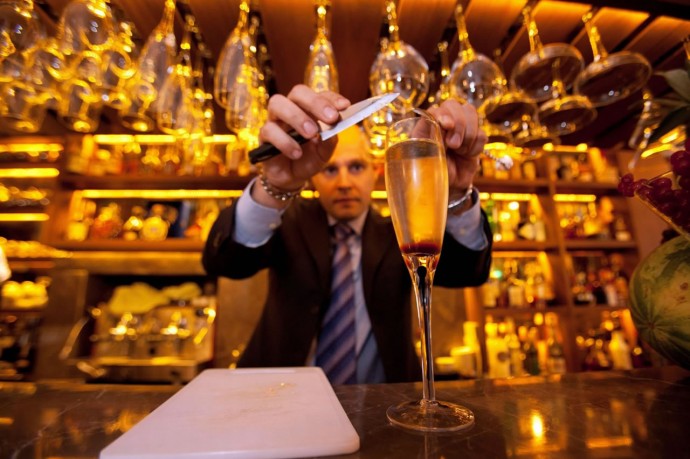 Gigi’s manager Cesare Papagna claims that the cocktail tastes like liquid gold, but we’ll just have to wait for our next trip across the pond to be sure. At nearly £9,000 The Gigi’s has dethroned The Winston as the world’s most expensive cocktail. Reka Moscow’s diamond cocktail is conspicuously absent from the list, perhaps due to owing its value to diamond decorations rather than ingredients. 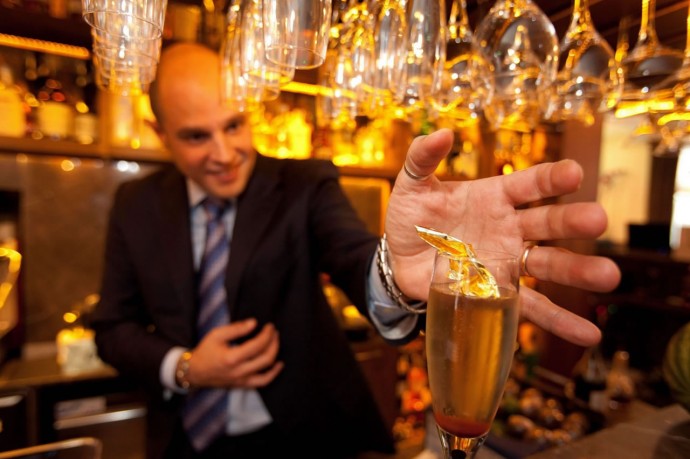 Tags from the story
Cocktail, Most-Expensive