If you’re a whiskey connoisseur, you’re about to hear the best of news of the season! In doing what it does best, Balvenie has released The Balvenie Fifty: Marriage 0614 — a luxe spirit that was half a century in the making. 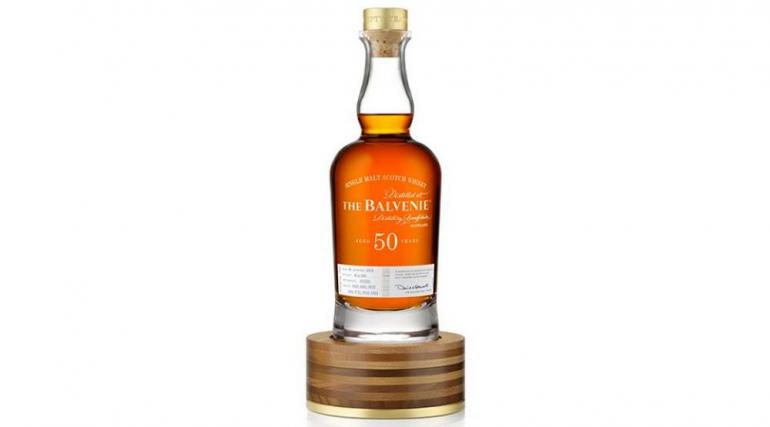 Consisting of liquids from American and European oak casks aged 50 years or more, the whiskey is bottled at 46% ABV. It is carefully concocted by Malt Master David Stewart MBE from stocks in The Balvenie Distillery including casks used in the Marriage 0197 and additional liquids from two new casks.

On the palate, the whiskey consists hints of bitter chocolate; spice, sweetness of maple syrup with drops of honey, and well-integrated oak tannins. It further comprises aromas of dark spices, dried fruits, raisins and sultanas, and lots of oak notes with notes of ginger.

Commenting on the limited-edition single malt scotch, Stewart said, “It’s an honor to be able to share such a rare, distinct whiskey as Marriage 0614,” while further adding, “Its creation let us reach into the distillery’s oldest and most precious stocks, and working with such varied liquids, with all their distinct palettes and differences in maturity and ABV, is undoubtedly one of the most enjoyable and challenging aspects of my role as The Balvenie Malt Master.

Presented in 100 percent lead-free crystal and hand-blown decanters by Glasstorm and a handcrafted wooden canister by Scottish craftsman Sam Chinnery, The Balvenie Fifty: Marriage 0614 retails at $40,499. Only 148 bottles of the spirit will be up for grabs onward this month. Keep an eye out for its launch!

Tags from the story
Scotch, Whiskey