Chocolatiers (read legends) like Pierre Hermé aren’t born every day. Hence, its only legit to expect nothing but the best of grandeur and excellence when it comes to their work. Resonating on the pastry chef’s finesse is “Aayoma”, his very first Japanese flagship store in Tokyo. After existing as a prime chocolate bar for over a decade, the boutique is recently renovated into a stunner of a place as one can see below. 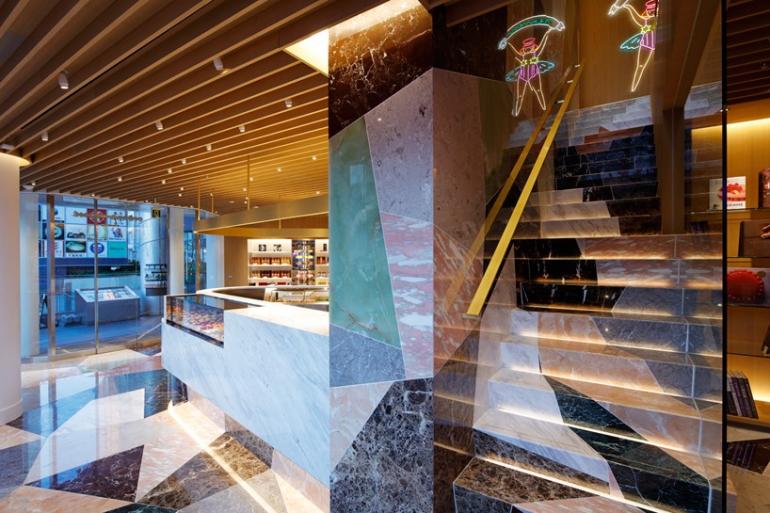 The man behind the premium décor is none other than renowned interior designer- Masamichi katayama of wonderwall fame. The renewed space reflects on the notion that every day is a whole new day, with each being an opportunity to discover new tastes, sensations and pleasures. 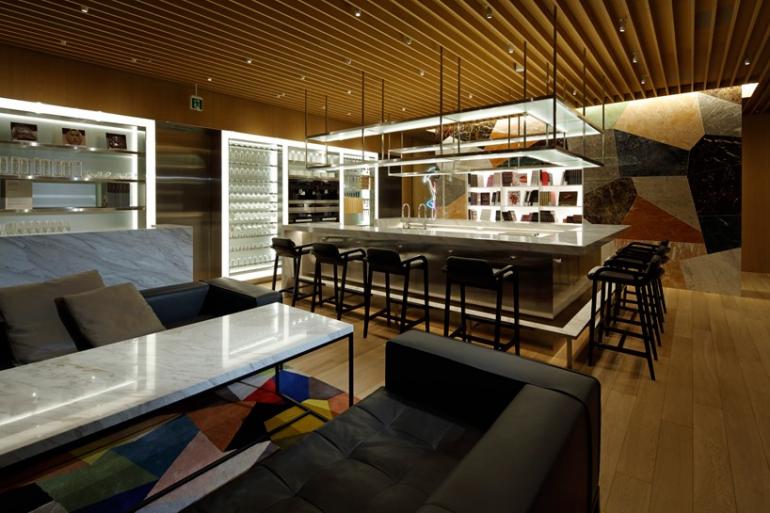 Right from the very entrance, chocolate connoisseurs can witness a delicious spread of bakes from macarons to French viennoiseries. 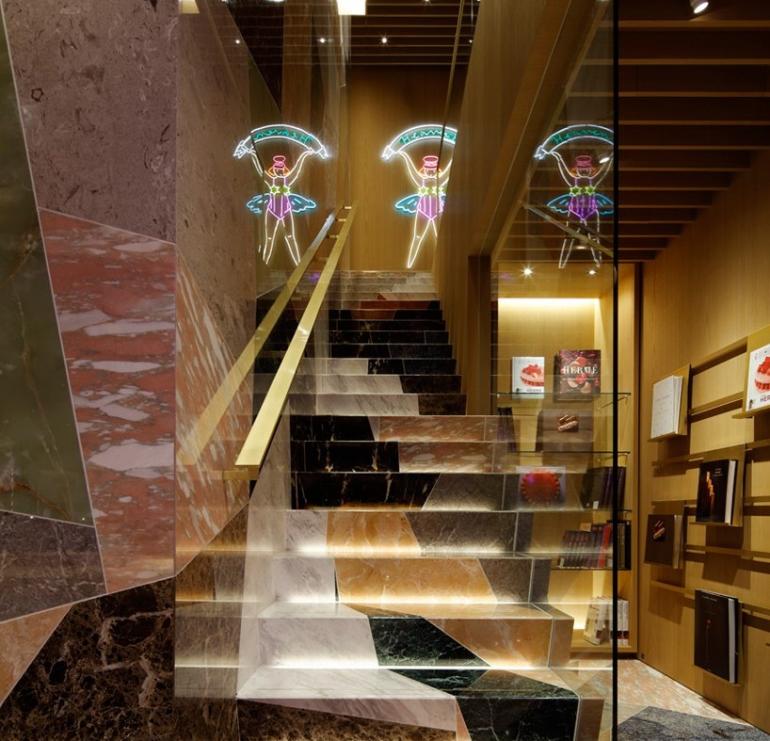 Further, towards the side of the staircase, one can greet and meet at an exclusive new area titled the “Crossover”, that displays a variety of original goods including more than 40 recipe books written by Pierre Hermé. 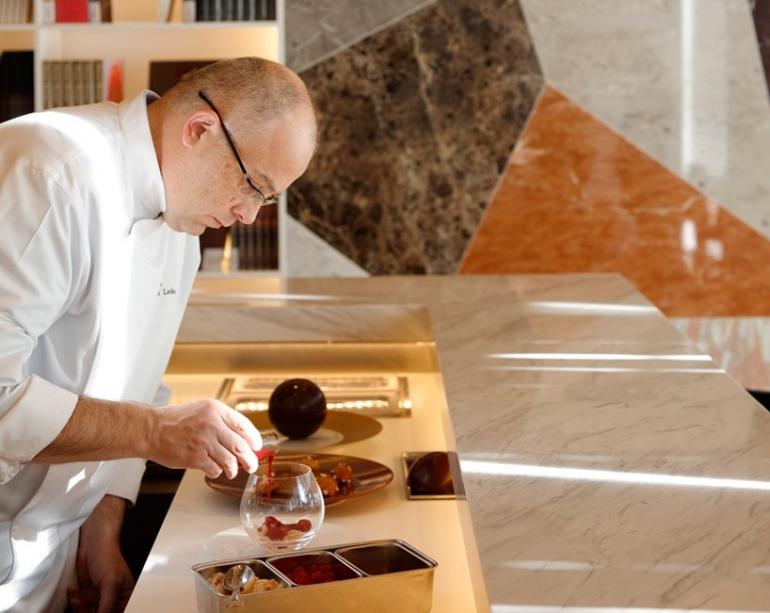 The fleet then transport guests to a dedicated upper level called the “Heaven”. This unique place atop presents an aerial kitchen where one can witness the great chefs at work. 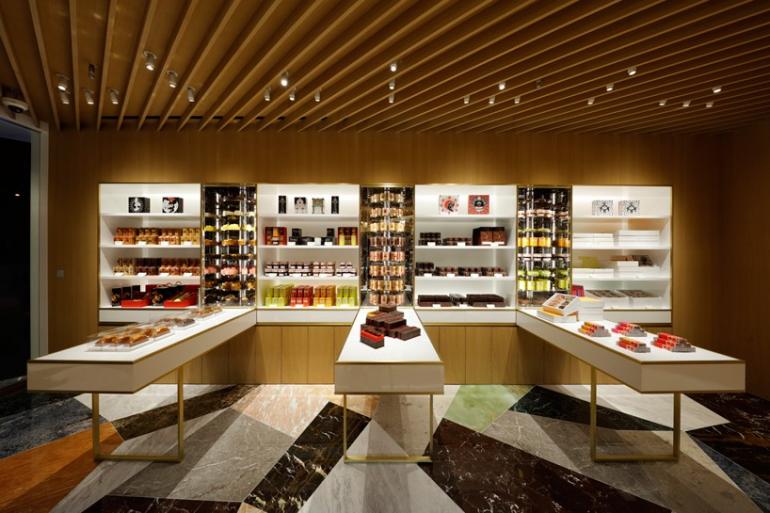 This dedicated chocolate salon offers sweets connoisseurs a prime experience of haute patisserie, with touches of sophistication and extravagance like none other. 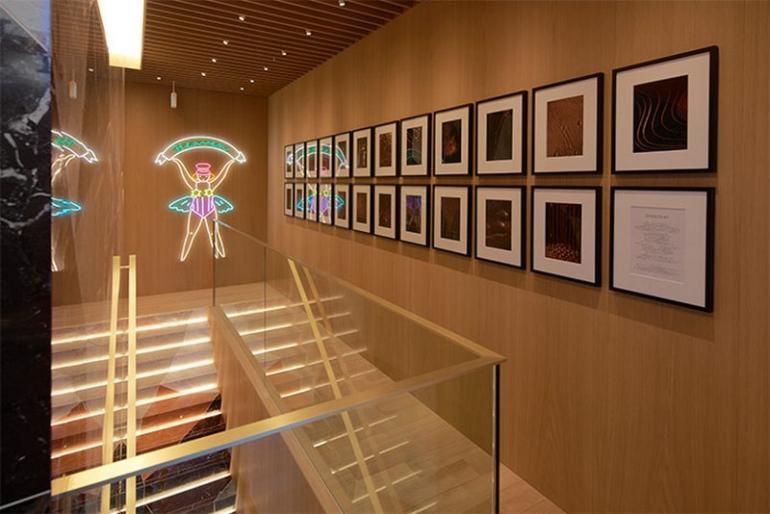 Inside, one can also find eclectic art such as a neon sign created by artist Makiko Tanaka near the staircase as well as a service counter that seamlessly doubles up as a DJ booth for private events. The new “Aayoma” has certainly raised the bar for patisseries round the globe!

Tags from the story
Pierre-Herme, Tokyo