Architectural wonders don’t appear every now and then. But when they do, they stun us in awe, quite like this one-of-its-kind private wine cellar in Vilnius Lithuania. Designed and executed by Gabija Pažarskytė’s interior design studio Dizaino Virtuvė, the cellar was originally built at the period of interwar for storing guns and other military ammunition.

It is now a part of a private house and has been reconstructed to showcase the real power of aesthetical beauty to the world. Inspired by the sinister military history of the place, the designers have retained bits and pieces of the space while further transforming it into a Steampunk-themed fantasy. 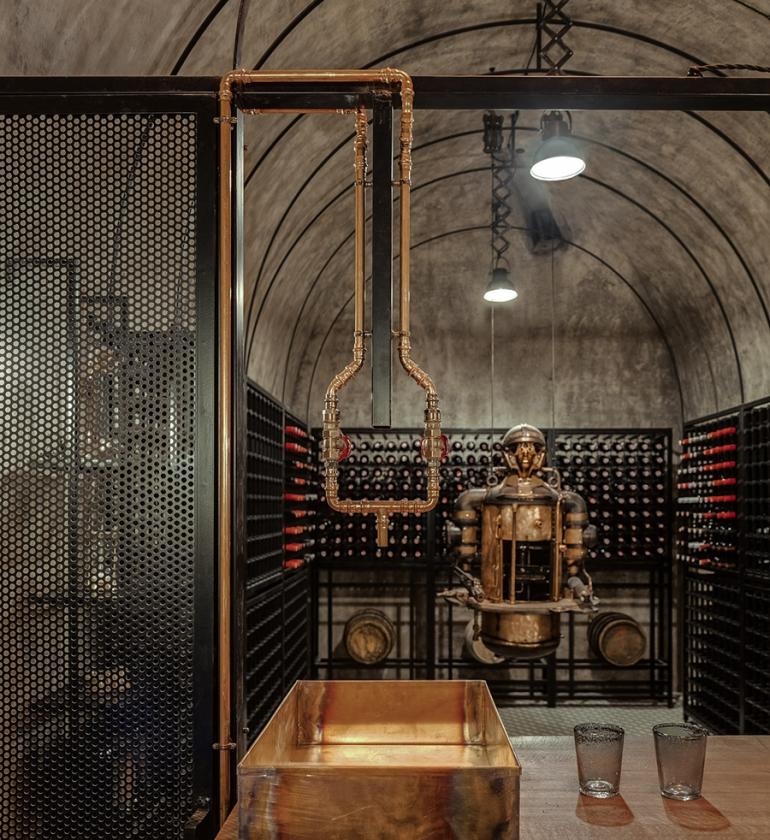 Spread across 30-square meters, the elongated space features metal arcs across the shape of the vaulted ceiling. The central spot at the cellar houses a three-dimensional and rather eclectic artwork in the shape of an iron man. 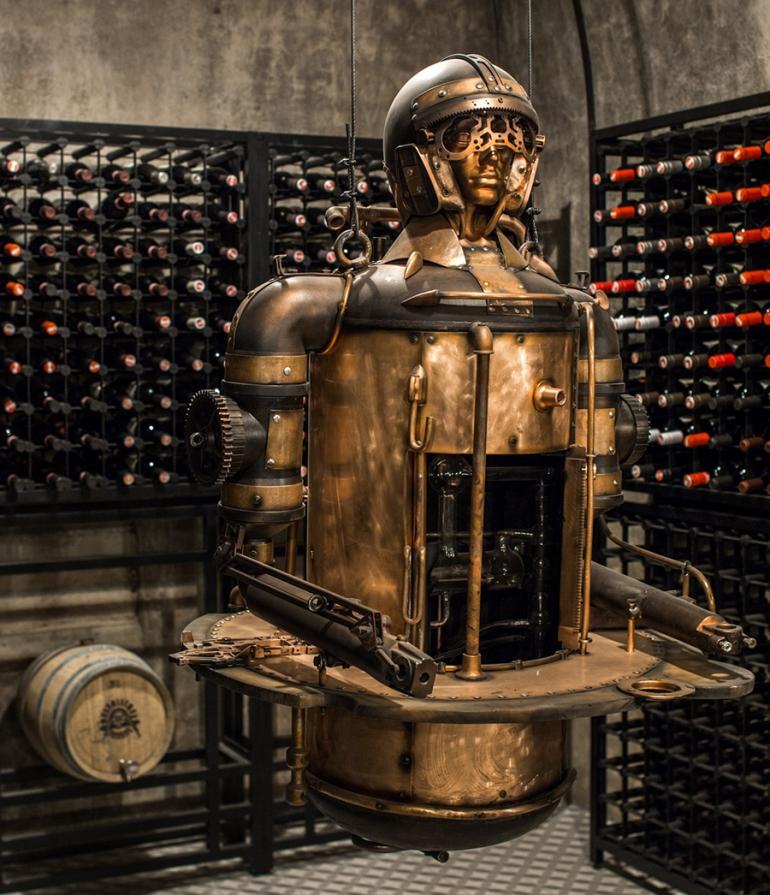 The place further boasts of worn-out elements such as metal basin, pipes and marine detailing – all rusted down and tattered for further appeal. The dark and gloomy bunker also features tables, chairs and other seating arrangements to complement the doomed and unreal existence of its décor. 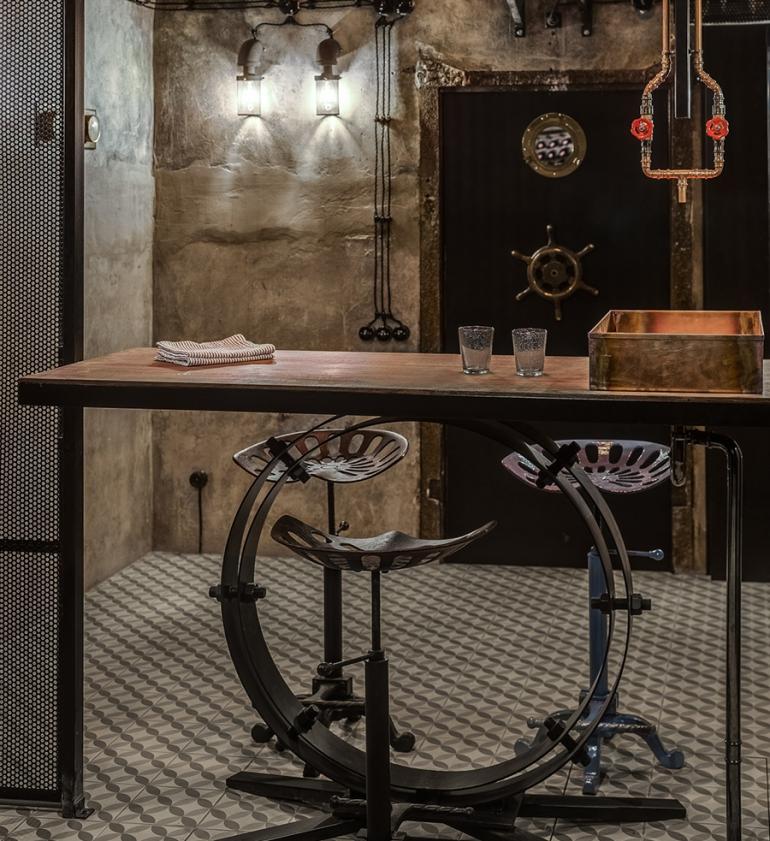 Overhead the bunker lie 8 houses that were built to sit on top of the pre-existing ammunition vaults. The owners of the houses continue to own a stake in the cellar, that currently contains 2000 bottles of wine and separate shelves for strong spirits and rare bottles. 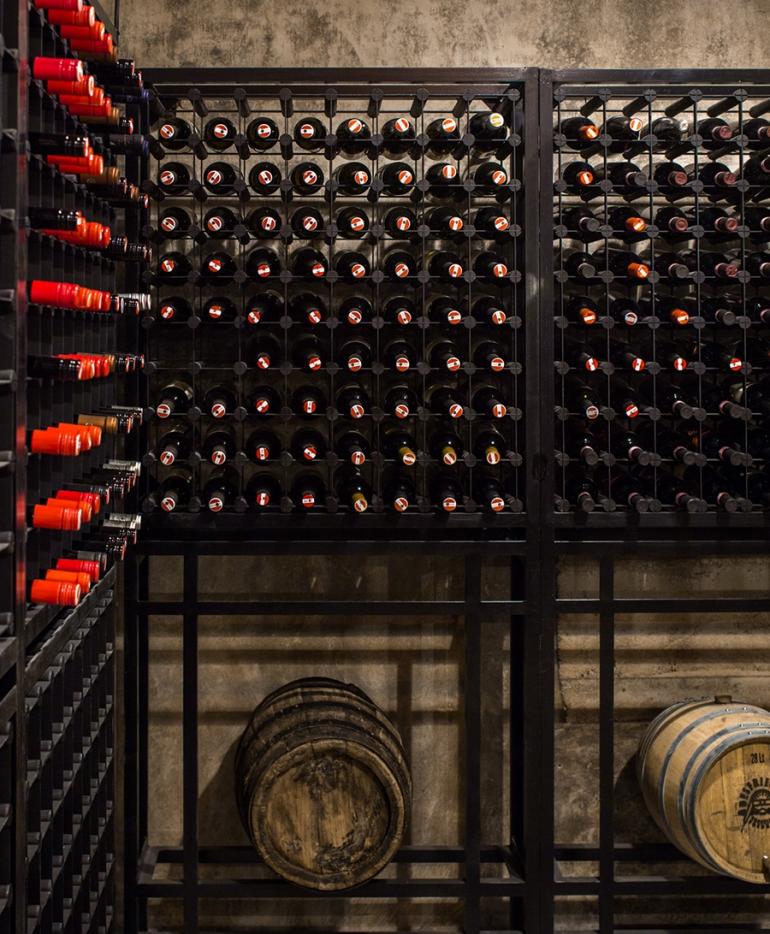 If you’re up for a drink and some otherworldly vibes, you know where you need to be right now!