Diet Coke and fashion have a natural bond; Diet Coke has 0 calories making it perfect for the body-conscious fashion Industry. So it’s only natural that the brand would use a fashion designer as creative director, in 2011 they used Karl Lagerfeld and in 2012 it was Jean Paul Gaultier. 2013 marks an important year for Diet Coke, as it is the brand’s 30th anniversary in Europe. Thus announcing Marc Jacobs as their creative director for 2013 is monumental. When discussing the collaboration, Jacobs said, “I think glamour and sex sell just about everything,” thus giving us an idea of what we can expect from this year. Jacobs has designed a more whimsical and feminine packaging for the brand’s 30th anniversary, which will arrive next month in 11 countries across Europe, including U.K, France, Benelux, and Iceland. He will have a hand in the designs of 3 cans, 3 bottles, and 3 ad campaigns, each referencing the eighties, nineties, and aughts in terms of fashion.

A glimpse of what Jacobs Reign will look like was visible in the form of a pin-up style ad that is playful and fun. The ad feature Jacobs in a photo booth taking pictures with a can of diet coke. 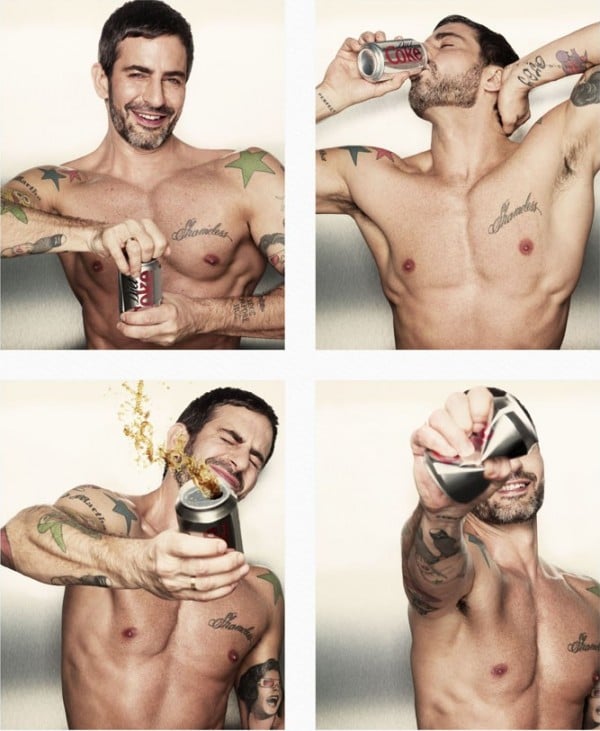 Stéphane Sednaoui, known for his music videos for the Red Hot Chili Peppers, has shot the campaigns. The ads feature Jacobs topless a lot, harking back to the ‘Coke Hunk’ ads from the ’90s. Jacobs laughs off people’s obsession with his physique, saying, “I still think it’s hysterical people want me to take my shirt off. You know, I’m going to be 50 in two months, so I guess I should be glad.” 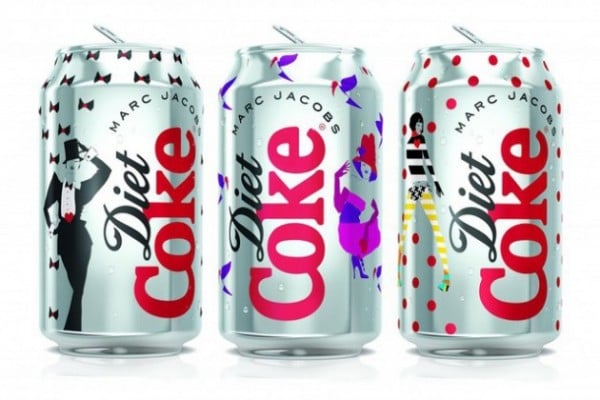