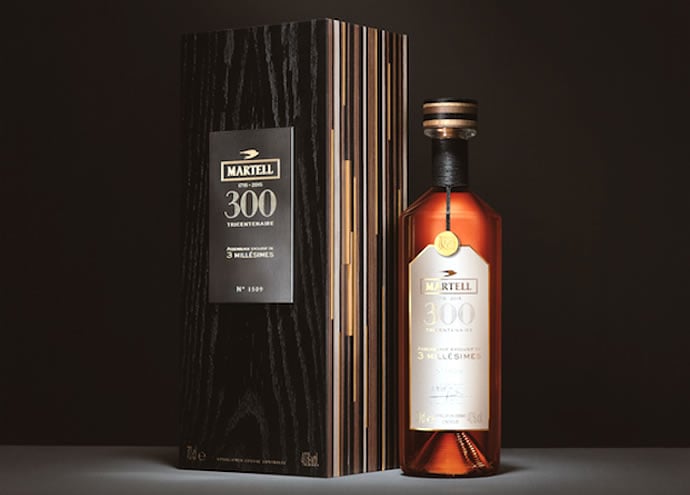 Few businesses are fortunate enough to make it to their 300th anniversary, so you can be sure that ones that do achieve this milestone celebrate it in style. Martell is doing just that with their new Assemblage Exclusif de 3 Millesimes cognac. Martel tells a story about their brand using three exclusive eaux-de-vies from Grande Champagne, Borderies and Fins Bois, each of which ‘evokes a different period in the house’s history, according to its aromatic profile.

The Fins Bois eau-de-vie is all about subtlety and lightness, representing the rise of the brand in the 19th century; the Grande Champagne with its powerful character is an ode to Martell’s strong 18th century foundation. Lastly, the Borderies eaux-de-vie pays tribute to Martell in the 20th century when the Martell Cordon Bleu Cognac came into being. 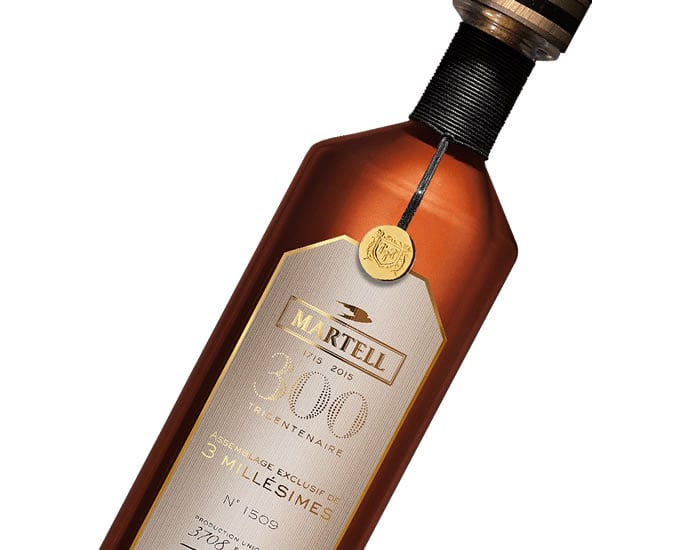 The blend is sealed into a bottle inspired by the traditional ‘montre flasks’, used by the Cellar Master to test out samples of eaux-de-vie. The bottle in turn is presented in a wooden casket decorated with a three-tone inlay. While the cognac’s aroma is on the sweeter side, its flavor is full bodied and mellow as the notes of candied fruit are well balanced by vanilla and beeswax.

It goes without saying that the Martell Assemblage Exclusif de 3 Millesimes is a limited edition product. While there is no word on the price as yet, you can be sure that with just 3,708 produced, they will be quickly snapped up no matter what the cost.

Tags from the story
Cognac, Limited-Edition