Penfolds has announced a collaboration with the British cabinet maker David Linley to release a limited-edition fine wine, 2010 Bin 170 Kalimna Shiraz to mark its 170 years of heritage as a winemaker. ‘Linley for Penfolds’ was launched at Linley Belgravia in London on May 1. A limited edition ‘Linley for Penfolds’ magnum case and 750 ml bottle case have also been crafted for this special release.

Created only once before in 1973, Bin 170 is a single block, single vineyard wine, sourced exclusively from old vines planted in the ancient soils of Kalimna Vineyard located in the Barossa Valley, South Australia. 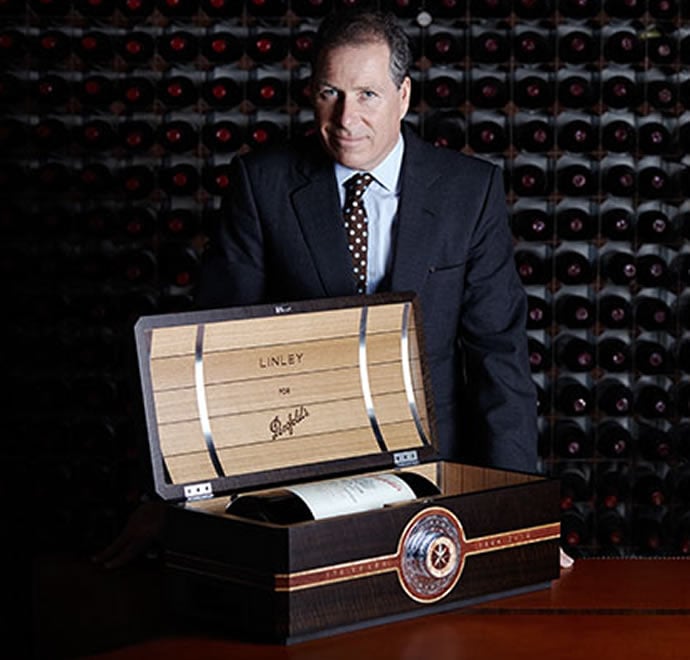 The collaboration was inspired by Max Schubert’s ‘secret’ Grange vintages and celebrates the ‘secret craft’ of winemaking passed down from generation to generation. The result is a symbolic connection of two countries through history and materials – English oak from the birthplace of Penfolds founder Dr Christopher Rawson Penfold and fumed eucalyptus reflecting his new home, Australia.

In total, seven imperial (6 L) bottle cases have been crafted for the collaboration. The case features a bespoke compass marked with intricate detail and precision engraving. To open each imperial case one must turn the precious jade inset dial to the longitude and latitude coordinates of Magill Estate (-34, 138) Penfolds spiritual home. Only then can the case be opened, to reveal the magnificent imperial bottle within.

READ:  Guerlain celebrates 190 years of beauty with a special afternoon tea at the InterContinental Hong Kong 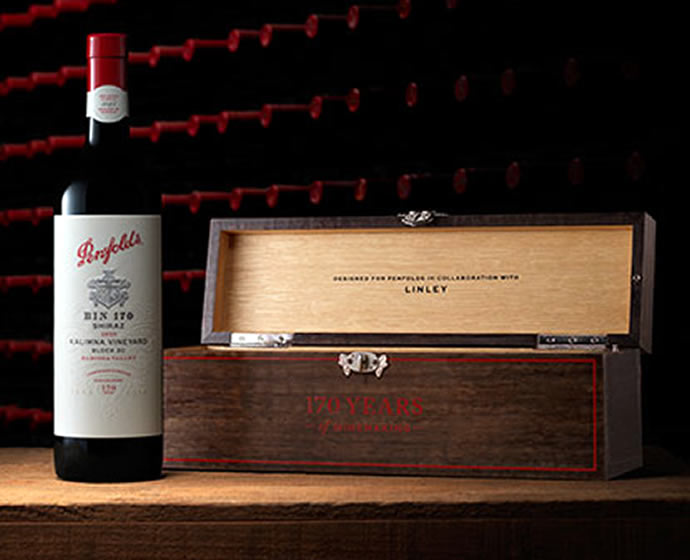 Other features include a detailed Penfolds crest on the box exterior, created using the meticulous and labour intensive discipline of marquetry inlay. A secret drawer built into the box that is, according to Linley, “one of the most challenging features to include in a piece of furniture.” The drawer contains a stunning photographic journey of Kalimna Vineyard as well as a Certificate of Authenticity.

Linley will customize drawer lid with the purchaser’s name and bottle number (from one to seven). The imperial case also includes a synthetic hygrometer combined with a bimetal thermometer to measure the perfect room climate, a barrel inspired interior and a bespoke wine pourer.

The 2010 Penfolds Bin 170 Kalimna Shiraz, with the limited edition ‘Linley for Penfolds’ encasings is now available.