My first tasting of Japanese whisky was a few years ago at one of the international wine & spirits events in Bordeaux, France. For some reason, they always have a big Japanese pavilion at this particular event. One day, I walked up to one of the counters at the pavilion, picked up a glass and took a sip. It was a moment of truth for me as I stood there savouring few drops of that exotic liquid. The aroma, the smoothness, the lingering aftertaste, it was a whisky from Suntory. I instantly fell in love with the Japanese spirit.

As it turns out, I wasn’t the only one. From whisky enthusiasts to connoisseurs and experts across the globe have begun to take notice of the whisky made in Japan. Even whisky evangelist Jim Murray couldn’t resist the temptation when he declared Yamazaki Sherry Cask 2013 as the World Whisky of the Year in his Whisky Bible 2015. That must have been a big shocker to the Scotch whisky industry.

What really makes Japanese whisky so special! Well, let’s take a look at what has happened in the last few years. The commercial production of Japanese whisky started sometime in 1920s with the building of the Yamazaki distillery in Kyoto. Until recently the selling was restricted to only the domestic market, however, over the last few years the market has expanded to Europe and northern America.

The biggest contributors to the success of Japanese whiskies are, Tetsuji Tamayama, the grandfather of Japanese whisky and founder of the company Nikka and Suntory’s first master distiller Masataka Taketsuru who studied in Scotland and later decided to bring back the popular Scottish drink home. He was of course, supported by Shinjiro Torii, the founder of Suntory who built Japan’s first whisky distillery in the valley of Yamazaki. 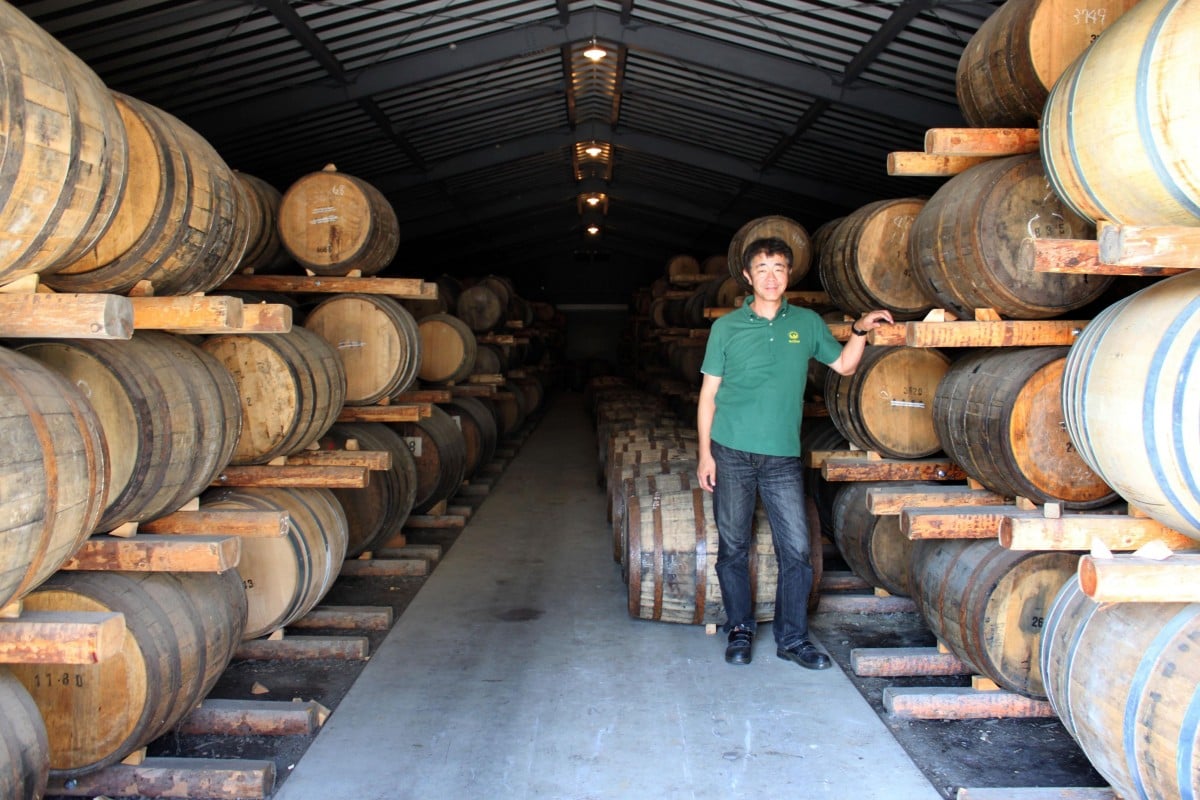 Because of obvious reasons, Japanese whiskies were produced with the exact same process as scotch. Yet, there are some significant differences. The Japanese producers distill a mash of malted barley or fermented grain in Column/Coffey stills, and then the spirit is aged in oak barrels for a minimum of three years.

However, the land of the rising sun gets a long summer, which is favourable for distillation and the other seasons like autumn, spring and dry winter help in aging the whisky as well as adding that extra character to the spirit. While the weather does play the most important part, it is the mastered art of creating unique blends and selection of malts that has also contributed to building an enviable range and styles of whiskies, which can compete with some of the best American and scotch whiskies in the international market.

In terms of flavour characteristics, Japanese whiskies are less peaty than their Scottish counterpart. Each producer of Japanese whisky has a number of single malts coming from each distillery limiting the exchange of productions amongst different distilleries, which is the case with Scotch whisky producers. Use of wide variety of yeasts, experimentation with the distillation process and use of stills of different shapes and sizes, all add to the final product.

Perhaps that’s the reason why Japanese whiskies command such premium price in the market. In India we have a range of Japanese single malts available at the moment. Starting from Hibiki 17 YO, Hakushu 12 YO, and Yamazaki 18 YO at the 5-star hotels across the country to brands of Akashi, White Oak Single Malt (Rs.14775), White Blended Whisky (Rs. 4850), Blue Blended Whisky (Rs. 6150), Red Blended Whisky (Rs. 3800) and Shin Umeshu (Rs.4200), which are available with the importer, Flipsydee. From the portfolio of Nikka, Dhall Food & Beverages imports, Nikka Yoichi 10 YO (Rs 19,900 in Delhi) and Nikka Taketsuru pure malt (Rs 15,320). An official from the company quoted, “Price doesn’t matter. The response to Japanese whiskies in India has been so good that we are planning to add one more brand, Togouchi Blended whisky, to our portfolio soon.”

Since more than a century India has remained one of the biggest consumers of Scotch whisky and its only fitting that now Japanese whiskies are paving the way for a new set of whisky enthusiasts who are wealthy and are in search of something elusive and exclusive.

Rojita Tiwari is an independent writer & consultant. She also runs the award -winning wine & spirits, travel and hospitality themed blog Drinks & Destinations and curates and conducts training as well as tasting sessions and events. She is a WSET certified professional listed twice as, one of the top ten woman of wine in India. Connect with her on [email protected] or tweet to her @RojitaTiwari.

Tags from the story
Japan, Whiskey