Continuing an eleven year tradition, Remy Martin has once again been named one of the official suppliers to the prestigious Cannes Film Festival. Last year saw the release of a limited edition VSOP and this year Remy Martin has pulled out all the stops to create a decadent yet fitting tribute to the glamorous and star studded film festival in the form of their stunning new XO Excellence decanter. The decanter has undergone an impressive transformation, we see it in an opulent gilded form adorned at the neck and label with sophisticated film reels. The decanter bottle is presented in a golden, sparsely adorned case. On the inside however, the allure of Hollywood is rendered through the rich red carpet and stairs that represent the Cannes Film Festival’s famous red carpeted steps that are always packed with flashing cameras.

Available in the 70/75 cl format as well as in a series of 22 jeroboams, the bottle demands celebrity status in its own right! 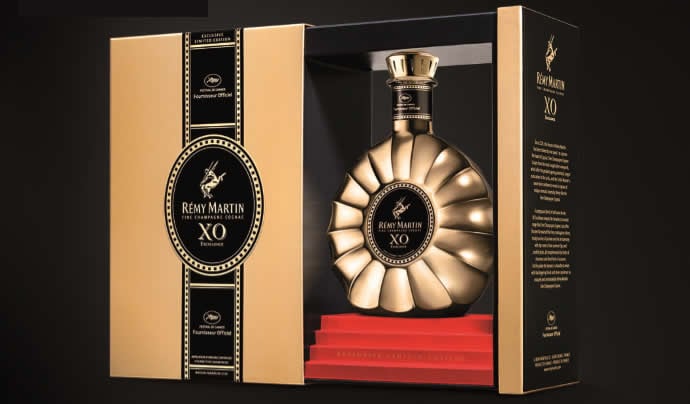 Remy Martin’s status as one of the leaders in cognac the world over, remains undisputed. They are well known for using grapes from only the most prestigious regions of the Grande and Petit Champagne. XO Excellence further cements this status with its spicy, floral and fruity aromas and brilliant mahogany color. It is priced at 200 € ($280).

Tags from the story
Remy-Martin