Perrier bottles are about to get a Japanese twist! In continuing its collaborative spree, the mineral water brand has recently tied up with Takashi Murakami for a new range of limited-edition designer bottles.

As part of the association, Murakami has incorporated his iconic smiling flower motif as well as his fan-favorite characters Kaikai and Kiki onto classic green Perrier bottles. Commenting on it, Paul Cordina, Global Communication Manager for Perrier, said, “Takashi Murakami is one of the most prominent contemporary living artists in the world. He has succeeded in creating art that is both accessible and deeply considered, with a flair for what is most fresh and most pertinent to the widest audience,” She further added, “We hope that this collaboration, inspired by the pop and colorful universe of Takashi Murakami and the creative spirit of Perrier, will increase the accessibility of art for an even broader global audience.” 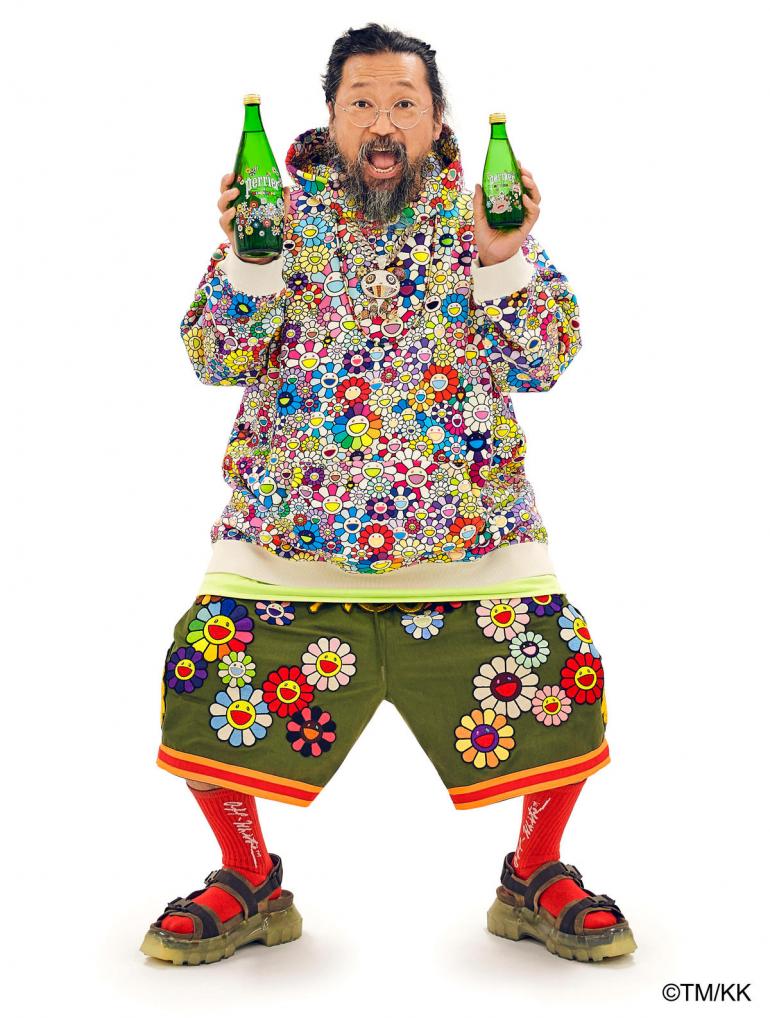 Murakami expressed his thoughts on the collaboration in a video interview stating, “When Perrier first approached me, I felt extremely lucky to have the opportunity to collaborate with this sparkling water brand with such a long history. It held many positive associations for me — for example when I was 32 and started living in New York, I used to drink Perrier a lot. Even further back, though, I have another very strong memory: I was on the first romantic date of my life at age 18 with a girl two years my senior. We went to a place in Ginza and I ordered a bottle of Perrier, mistaking it for alcohol. I remember it all so clearly — especially how confused I felt when I didn’t feel any alcohol effects after drinking many glasses!” 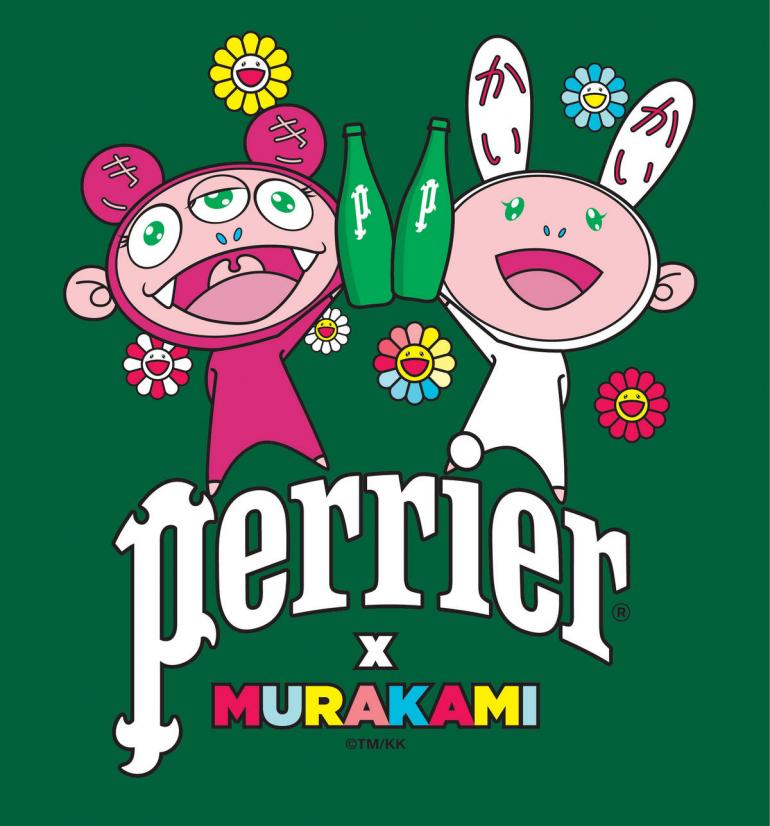 Earlier in the years, Perrier has partnered with the likes of Andy Warhol, Salvador Dalí, and Jean-Gabriel Domergue, and more for special features. The marquee has also had a proven penchant for art and has successfully released ensembles inspired by street art and more over the decades. 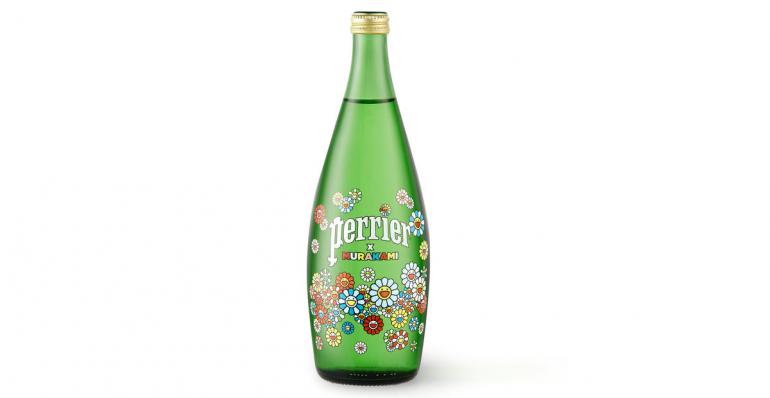 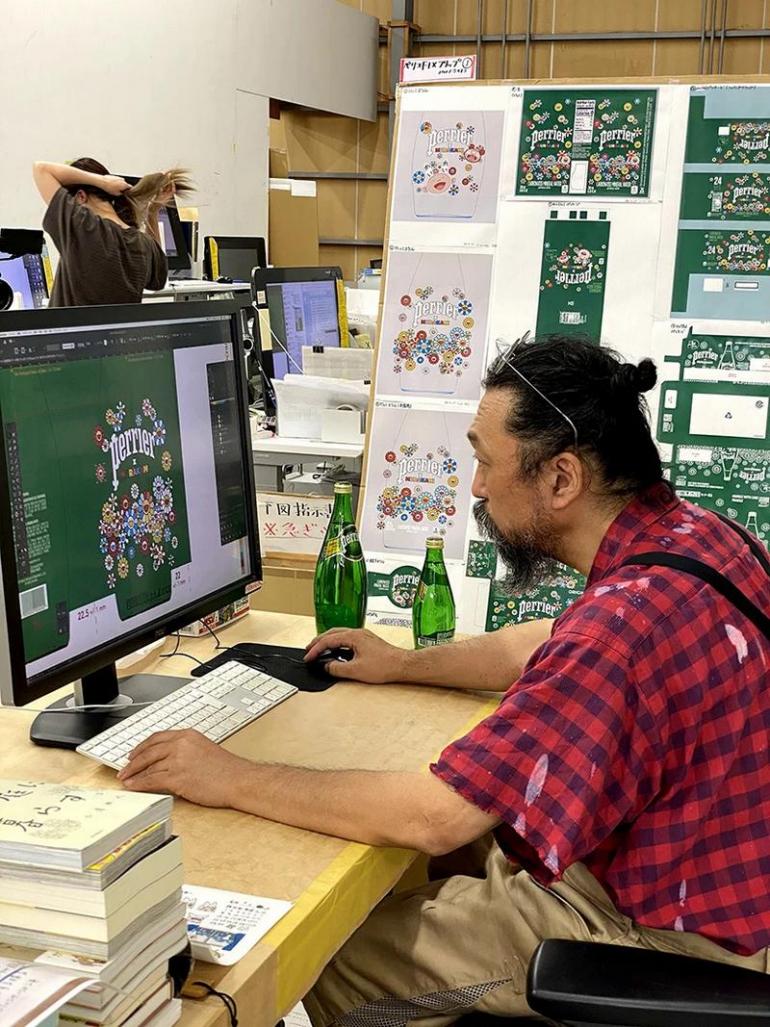 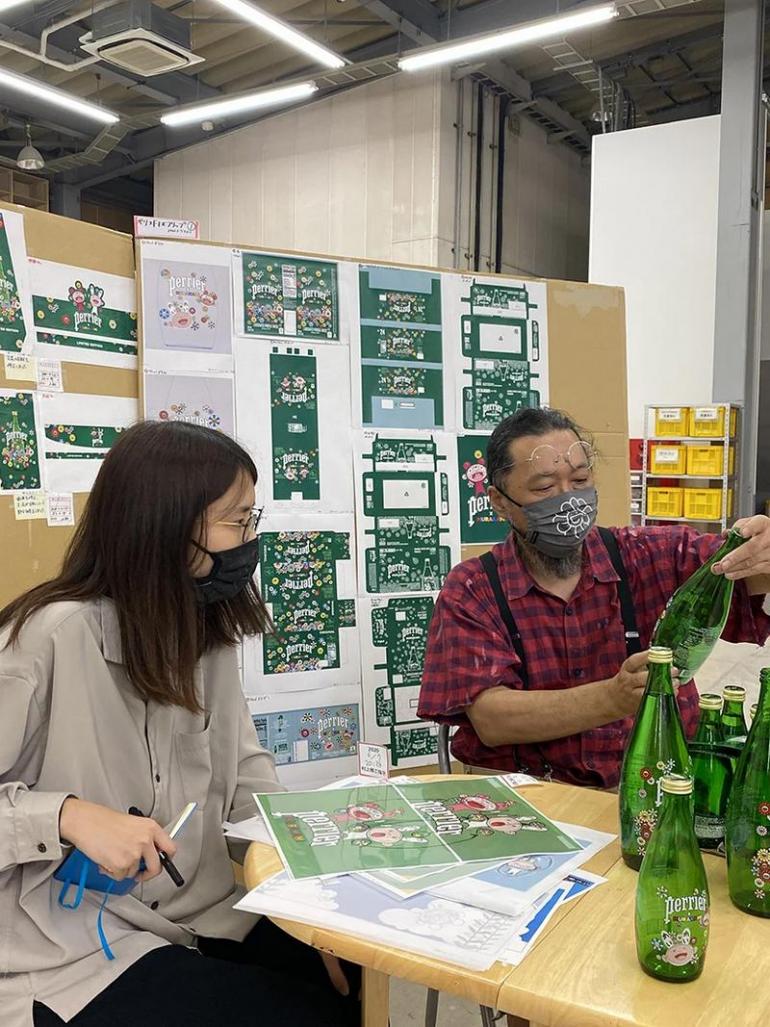 Tags from the story
Limited-Edition, Perrier