Positioning itself as the urban interpretation of The French Laundry, Per Se is most certainly also the stuff urban epicurean legends are made of. Attribute that to its countless appearances on American TV (although, I suspect it is the other way around, episodes rely on their success for star-power toting eateries) or to its center-of-Manhattan setting or to symbolic connections to aforementioned French restaurant (the blue door, the fireplace, the garden). All said Per Se is beyond mainstream, with its overwhelming popularity for proof even when it’s perfectly past its days of anticipation-led-reservations.

Now noobs would do well to know that they will not only find the presence of the French Laundry classic Oysters and Pearls amidst one of the two tasting menus but also the same idea behind these menus, a result, albeit tried and tested, of Thomas Keller’s iconic innovation. The American chef’s unique, nine course tasting concept, seeps into NYC with its series of smaller portions. Other killer Keller treats come from the salon menu, like Miyazaki Wagyu “Tartare” attracting with just as much stylish unabashed-ness that causes a meal for two to come at $851.
[Per-Se-New-York-City] 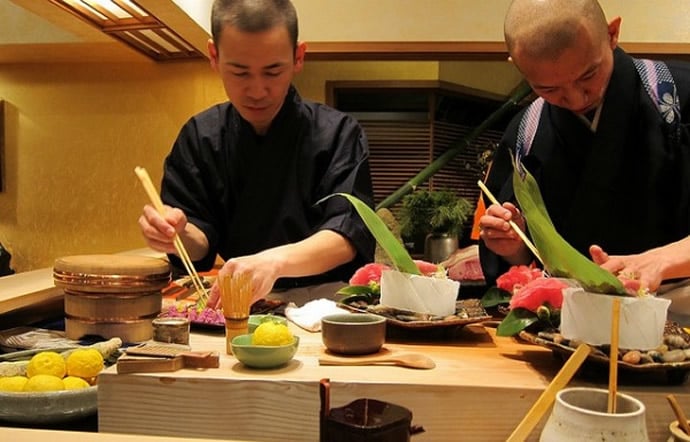 This next, Japanese entrant on our list is luxurious yet intimate to say the least despite its spot in the snazzy Beverly Hills. Blame it on the renown of its chef, by which I mean, bow in ‘arigato’ for Hiroyuki Urasawa’s purism may leave the eatery sans website but provides it gold flake adorned fare and the adulation of the hedonist. A meticulous mixture of Hokkaido and Kyoto style dishes appears on a bar of sanded cyprus wood even as eager guests wait seated on stools which are seemingly spartan. 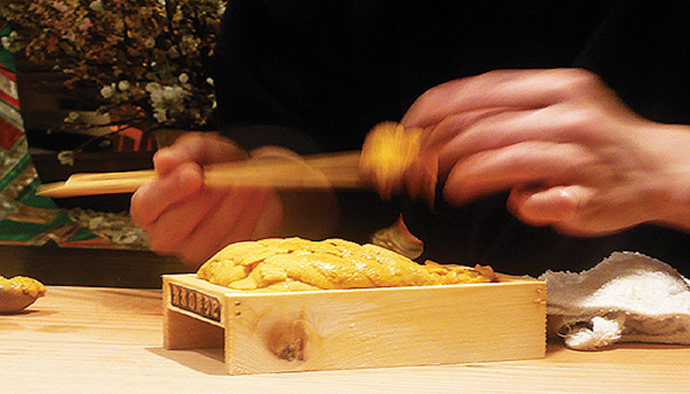 But besides being famous for its extensive yet “omakase-only parade of small plates and sushi” the restaurant also appeals to the connoisseur for the presence of its perfectionist chef, who does everything from flying in Japanese abalone to carving sushi to grating wasabi root onto your plate. From exquisite chunks of toro, the prized tuna belly meat, marinated in sweet sake and soy, each of chef Hiro’s preparations is elegant. With the Kyushu wagyu beef and foie gras shabu shabu termed “transcendental”, a meal for two could come close in its entirety but at a cost for two being $1,111. 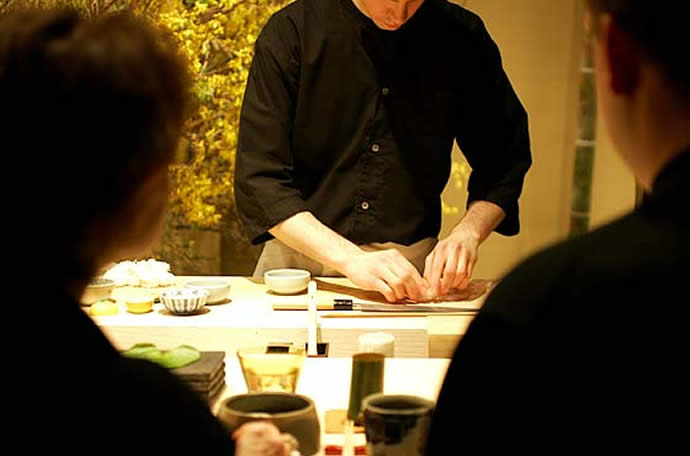 Yet another eponymous eatery, Masa, is to many, the sushi restaurant par excellence today. Why, you may ask? Rather how Masa, the man, beat the Nobu Matsuhisas of the day and their Japanese-meets-South American-s to top our list? The answer lies not just in his childhood, spent cooking and learning the trade but also in his time at the legendary Ginza Sushi-ko of Tokyo where he started as a dishwasher, only to subsequently gain his status as a sushi chef. So what to else to expect from him besides an awe-evoking success story? Truffles and Kobe beef preparations! 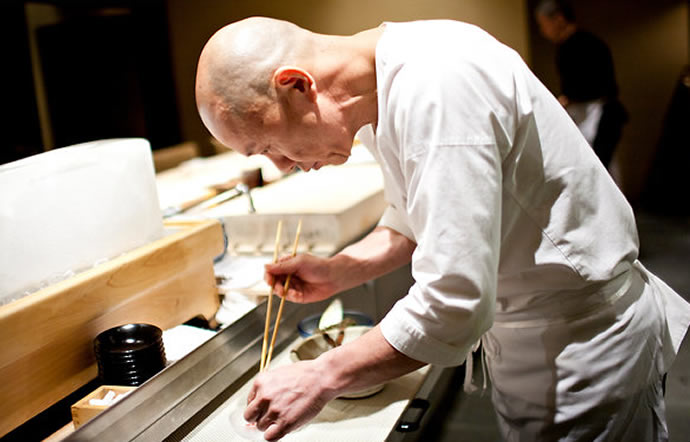 Reservations for the 26 available seats are taken three weeks in advance. Chef Masa prepares the menu himself, often including seasonal ingredients. Now when I say “menu”, I don’t mean something you might find ageing near its rare hinoki wood sushi bar. The menu at Masa is omakase only too, meaning you better be prepared to leave the selection to the chef. Which, as we know well enough to rather do anyway. But that also means you be prepared to shell out $1,269 for a meal for two, a tad bit much for a place that believes in ‘umami’ or ‘basic flavor or essence’.
[Masa-New-York-City]