Money has blinded people to the extent of skinning the wildlife. Old news, you may think, but it doesn’t make that less worrisome. There are the furs, then leather bags made from brutalized reptiles, and now the world’s most expensive coffee made from captivated Asian palm civets living under poor health conditions. Caffeinated luxury is extracted from the waste of these forest-dwelling cat-like creatures native to southeast Asia. The civet coffee, made from partially digested coffee beans that have been excreted from these cats, costs $100 per cup – making it the world’s most expensive coffee. 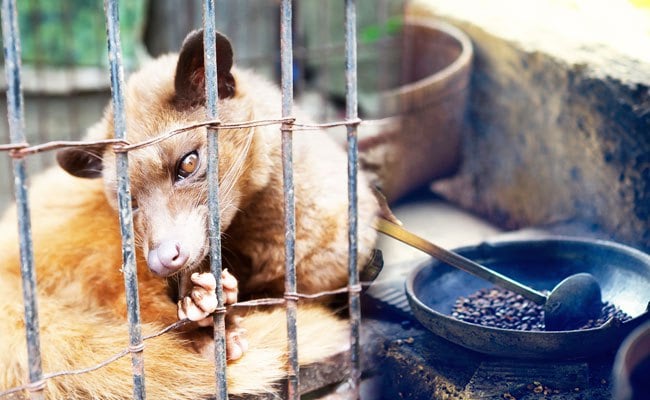 This line is painful to even read – “While wild civets snack on coffee beans as part of their balanced diet, those in captivity are overfed unripe beans. The typically nocturnal animals can also suffer from being caged in claustrophobic sunlit spaces. When agitated, they fight amongst themselves, gnaw on their own legs, and have been found passing blood in their stool. Many grow sick and die due to stress.” Also, the wire floor where many of these animals were forced to stand, sit, and sleep on all day long is a kind that can cause sores and abrasions.

There is a call out for regulations but even this has raised some eyebrows because animal rights advocates say “it is difficult to track the origin of civet coffee beans, and even more difficult to determine whether they’re cruelty-free.”

Coffeemakers are trying to find alternatives, or stop buying coffee from these markets in Indonesia, or investigate the true conditions in which the coffee is attained.

Tags from the story
Coffee, Most-Expensive