After releasing the precious Yamazaki 55 whiskey last year in Japan through a lottery system, Suntory has recently released a limited batch of the world’s oldest Japanese whisky for connoisseurs across the globe. The oldest release in the brand’s history, the spirit celebrates the Japanese “Showa” era of the 1960s that represented a major period of change for it. 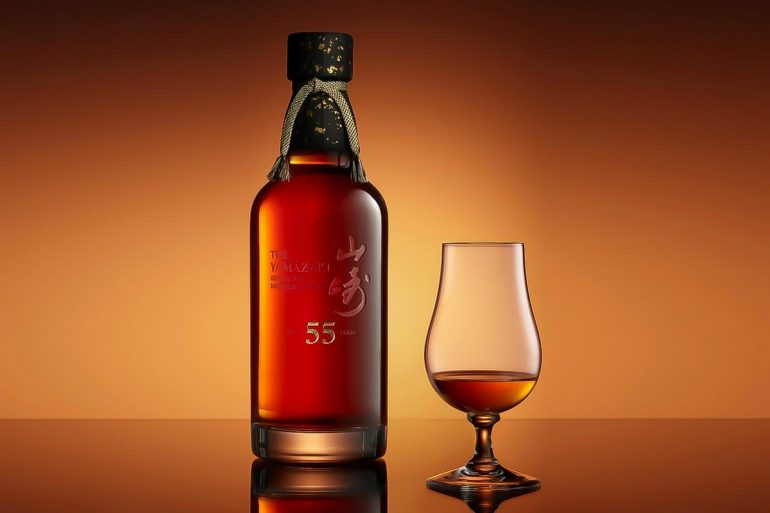 It features white oak-aged whiskey from 1964 that is added with mizunara-aged whiskey from 1960 under the expertise of Suntory founder Shinjiro Torii and Master Blender Keizo Saji. Bottled in 2020, the spirit is limited to just 100 bottles, with each edition coming in a box adorned with traditional Japanese carpentry with gold dust and black lacquer.

Commenting on it, Shinji Fukuyo said, “Very old Scotch Whiskies gave me this impression of them being perfect Greek sculptures with beautiful, toned beauty. Instantly impressive as a piece of art. But the Yamazaki 55 is more like an old Buddhist statue. Calm and mysterious. It takes time to take in its inner beauty with the smell of Japanese incense and stripped old wood, like the Toshodaiji Temple in Nara.”

He further added, “Throughout the process of blending Yamazaki 55, I used as inspiration the passage of time and ‘wabi-sabi’ – the Japanese belief that imperfections can help to ultimately contribute to perfection.”

Further, to honor its ongoing commitment to give back to society, Suntory will also donate $5,000 USD for every bottle released in this year’s 100-bottle collection (totaling $500,000) to The White Oak Initiative, a group committed to the long-term sustainability of America’s white oak forests.

To this, Gardner Dunn, global ambassador at Yamazaki, said, “Given that Yamazaki 55 is partially aged in American white oak casks, we’re proud to partner with the White Oak Initiative, which works to ensure the long-term sustainability of American’s white oak and the economic, social, and conservation benefits derived from white oak forests.”

He further added, “Beam Suntory is a founding member of this particular conservationist group and is committed to giving back to our communities that help us maintain our tradition of making the highest quality whiskies in the world.”

Boasting aromas of sandalwood and well-ripened fruit with sweet and slightly bitter notes, the 46% ABV Yamazaki 55 whisky is truly a treat for the senses! It is currently available for $60,000 in select global markets, including the United States, the United Kingdom, Mainland China, and Taiwan.