For chocoholics, what better time than Christmas to indulge in the sweet goodness of its all! Well, with this thought in mind, we have Caribe Royale Orlando’s pastry chef, who has created an entire train from chocolate for the special occasion. 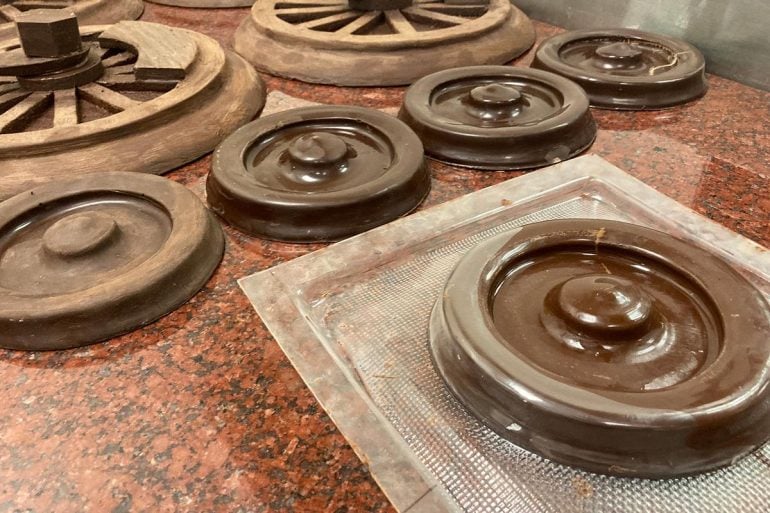 Designed as the centerpiece of the Florida hotel, the stunning 32-foot train features all elements (from its cars to its passengers to the rocks beneath its tracks) made from cocoa bean confection. And no points for guessing – it’s all edible! 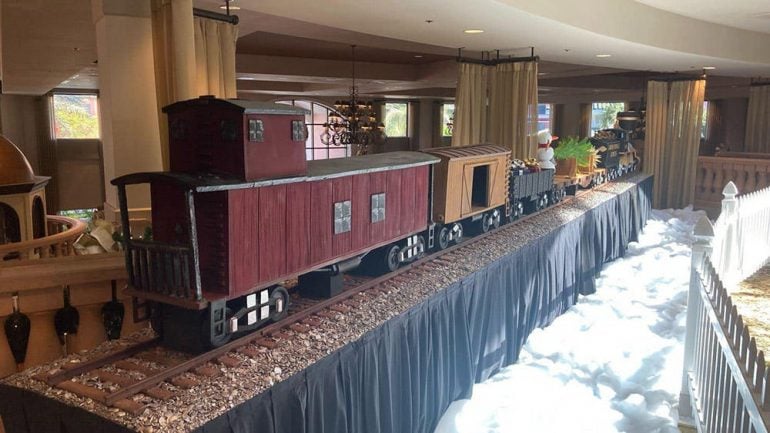 The gigantic creation is dubbed as the Caribe Royale North Pole Express and is conceptualized to perfection by the resort’s executive pastry chef Joshua Cain. According to him, the train is inspired by two steam locomotives from the 1800s—the Central Pacific Railroad’s Jupiter and Virginia and Truckee Railroad’s No. 12 Genoa train. 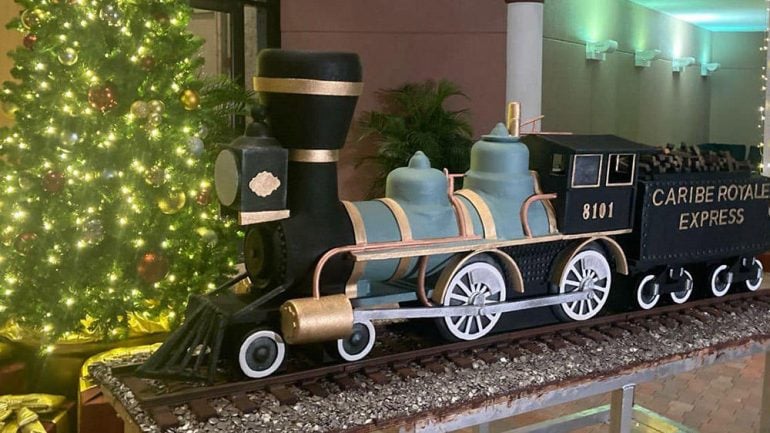 Noting further on the effort taken behind the creation, Cain noted that he and his team spent over 1,000 hours building it by hand. The train weighs a whopping 1,600 pounds and took a total of 800,000 cocoa beans to make.

“Every year, I want to keep the tradition alive by adding more to the train. Add on to the display, create something new for our guests to come and see every year. And hey, maybe even go for the record one year,” Cain said in a video statement.

Well, Christmas sure looks merry for Florida with this awe-inspiring chocolate train!

Tags from the story
Chocolate, Florida