They’re slippery globules that tantalise the tastebuds and cascade down your throat in a luxe little avalanche. Fresh caviar is ostensibly one of the most expensive and sought after luxuries in the world. But what makes plain old fish eggs so droolworthy? Here are 10 things you need to know before you go chasing those ‘champagne wishes and caviar dreams’… 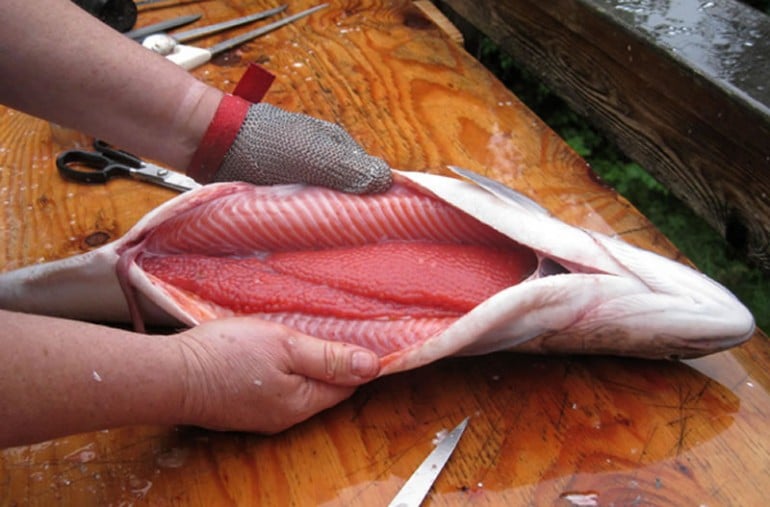 10. What’s caviar exactly?
Strictly speaking, caviar is the salt-cured unfertilised roe, or eggs in layman’s terms, of the sturgeon. It’s prized for its briny, umame flavour and the popping mouth feel. Various types of sturgeon from different regions give us the world’s best caviar. Beluga, which comes from the most endangered sturgeon in the Caspian Sea, south of Russia, is the most expensive, while Sevruga and Ossetra are almost as expensive too. 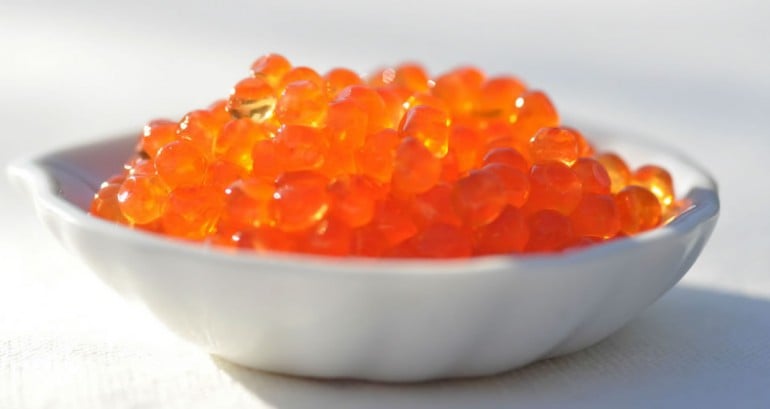 9. What’s not caviar?
The tiny red beads you often see on your sushi is flying fish roe or tobiko. Slightly larger than that is salmon roe, also orangey-red. Neither are caviar. In various parts of the world, roe of other fish that appears similar to sturgeon roe is peddled (and often served proudly) as caviar. But sticklers for authenticity pooh-pooh such imposters. 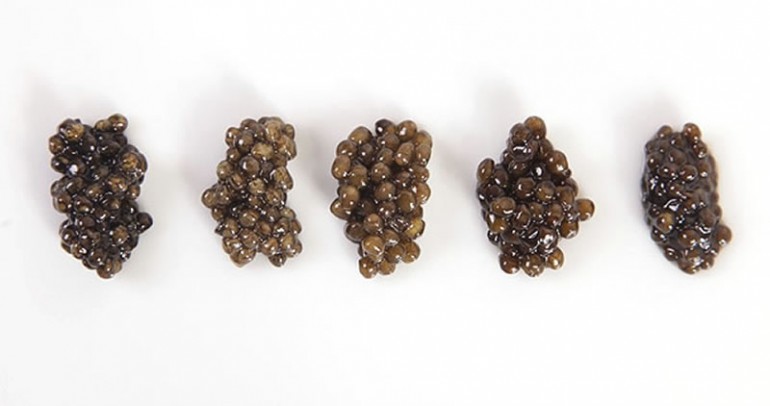 8. Know its origins
In recent years, over fishing of sturgeon has led to some varieties verging on extinction. For this reason, some countries have banned the sale of these in the hope that the fish population in the wild will be revived. Check what’s allowed by your government before you buy. And beware of buying on the black market as you will never know the real provenance of the product and may land up with something sub standard. It’s fine to buy a farmed caviar from the largest producers but be aware that it may not give you the satisfaction that the real deal did. 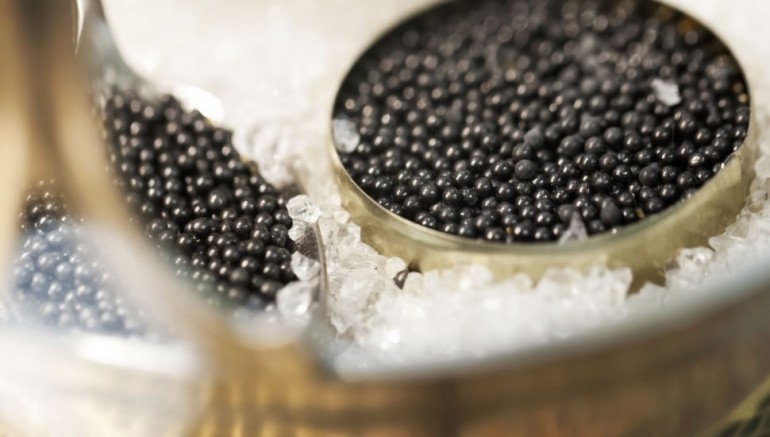 7. Tell good from bad
By sight, it should appear shiny and each pearl should be separate. On the tongue too, you should be able to feel the distinct globules, each of which should pop when rolled around and pushed against your palate. 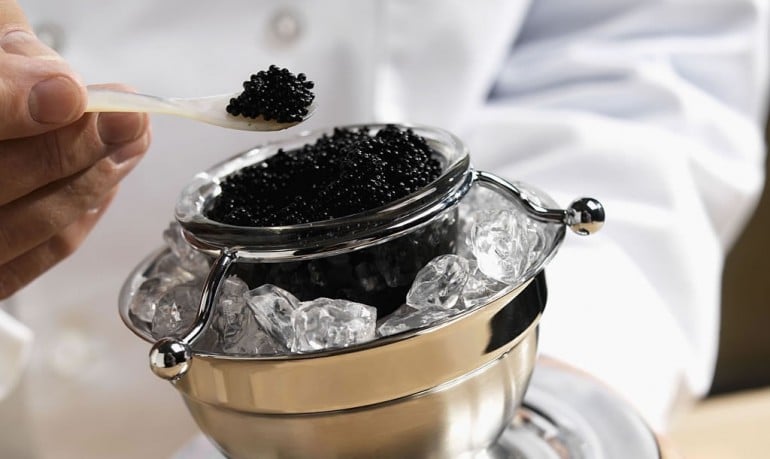 6. How to serve caviar
It tastes best when chilled. Refrigerate it until it’s time to serve it. And if you’re putting it out for guests or as an appetiser while people are mingling, serve it over ice to keep the temperature constant. 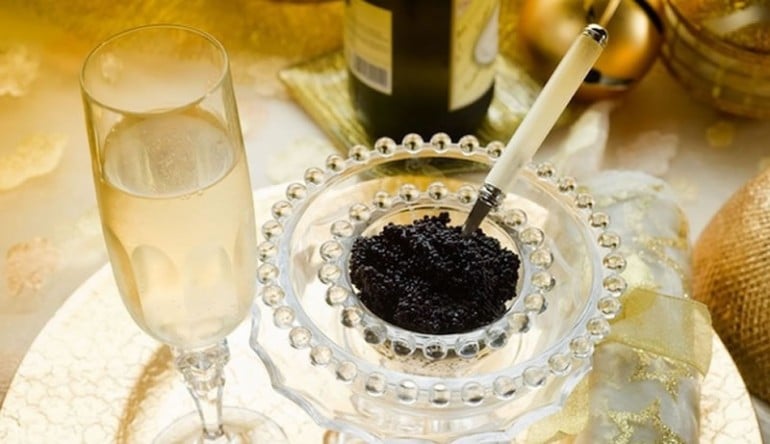 5. Be a caviar snob
Get yourself a glass caviar server, which has a space for ice around the base and a cone-shaped container for the precious caviar itself. And don’t forget spoons made of mother-of-pearl, crystal or ceramic. They say the taste of caviar gets tainted on contact with any metal and you want it on your tongue in its purest, most pristine state. 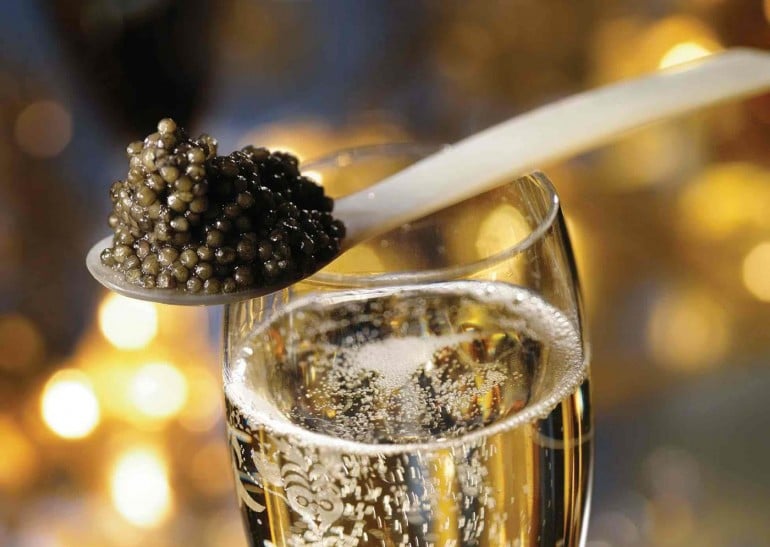 4. The best way to enjoy caviar…
…is slowly, with your eyes closed. Purists love it by itself, savoured in tiny quantities. Caviar newbies may want to try it as a topping on bland Russian pancakes called blinis. Or you could team it with traditional garnishes such as diced hard boiled eggs or sour cream subtly flavoured with dill or parsley. Pair it with Champagne, unoaked French Chablis or simply chilled vodka. 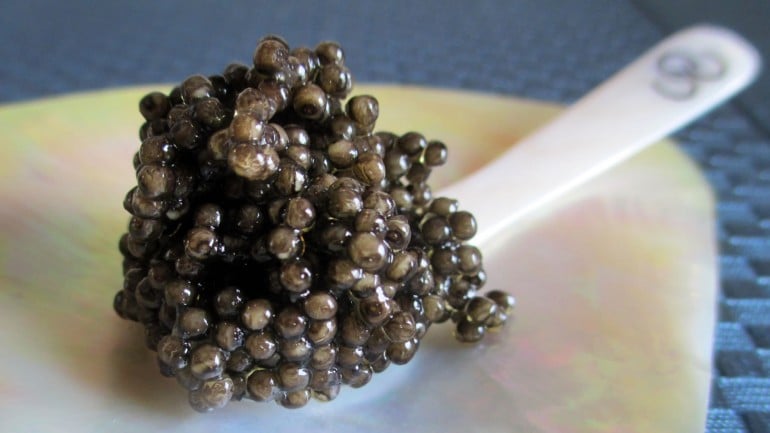 3. Savour slowly but finish quickly
Once you’ve opened the tin, make sure you consume it within a day. As it grows older, it can get squishy or oily and the smell can become unpleasantly fishy. 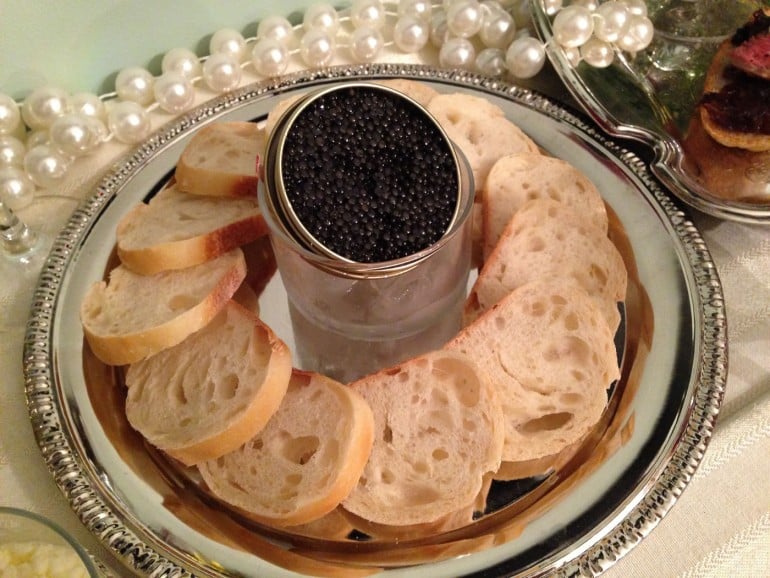 2. Caviar etiquette
If you’re at a party where they’re serving caviar, check how it’s been put out. If there are blinis or rounds of toast, scoop up a small portion of caviar and put it onto the toast. Add any garnish they offer and you like. Use your hands to pop the bit-size blini into your mouth. If they are serving it with individual spoons, politely spoon a mouthful and don’t double dip. 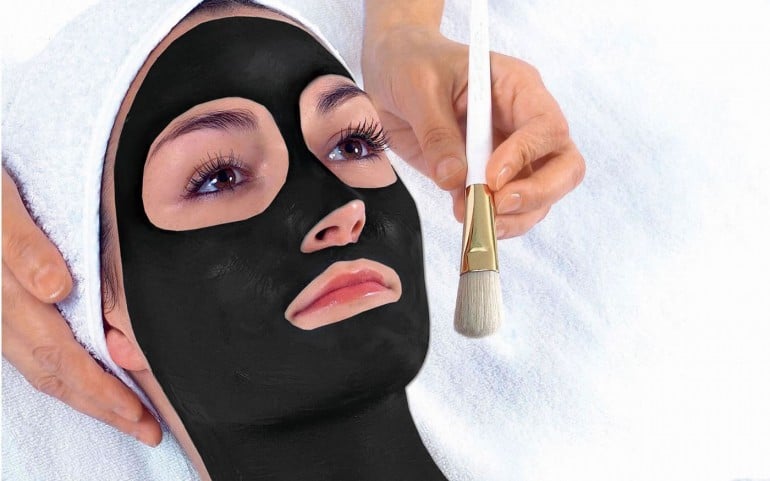 1. You can eat your caviar and use it too!
If you’re ever bored of eating this delicacy, you can switch to using it as a beauty boost. Actress Angelina Jolie uses caviar for facials as she believes that the phospholipids in the sturgeon roe can do wonders for skin.

Tags from the story
Caviar