The Glenlivet Winchester Collection Vintage 1967 is unquestionably a collector’s item; after all the whiskey was laid down by former the Glenlivet Master Distiller, Robert Arthur in 1967. The fine blend of rare single malts is a limited edition assortment of 150 bottles, which is priced at $25,000 per bottle. 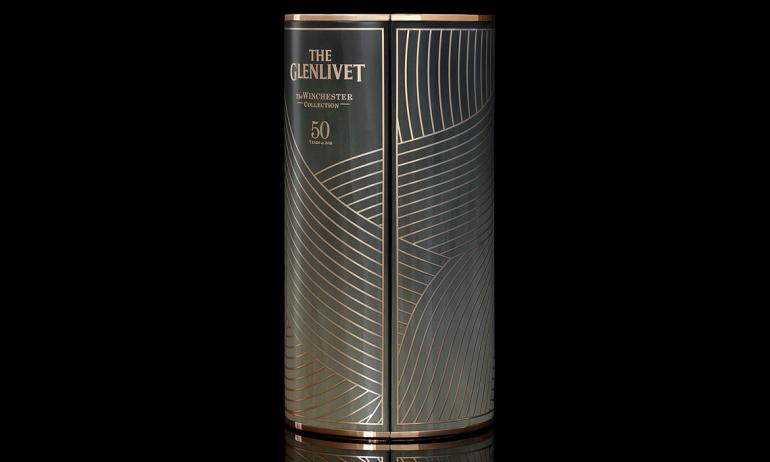 The Glenlivet Winchester Collection 1967 is perhaps one of the most extraordinary whiskeys you will come across; not only in age but in taste and smoothness. Two prominent factors can be given credit to for its overall taste. Firstly, the malts have come together from several rare oak casks, the youngest of which was filled in December 1967. Secondly, the whiskey underwent 50 years of maturing, during which portions of the whiskey evaporated resulting in a precious amount of rare liquid that remained for bottling in June 2018.

The flavor is perhaps one of the most interesting elements about this whiskey. Imagine notes of apricot jam and sweet ripe peaches and a hint of toasted almonds. Notes of fondant orange and milk chocolate flavors can be recognised in the whiskey as well, bringing an overall velvety texture.
“The Glenlivet Winchester Collection Vintage 1967 is a unique expression that allows the current generation to peek into the rich past of The Glenlivet,” says Sona Bajaria, Vice President of Marketing, The Glenlivet, Pernod Ricard USA. “This rare release pays homage to The Glenlivet’s accomplished Master Distiller, Alan Winchester, and to the valued heritage of the brand. Looking towards the next 50 years, we hope to continue to open up the scotch whiskey category with expressions that can stand the test of time.”

Tags from the story
Glenlivet, Whiskey