We’re probably used to the long, flat Barbecues that we’ve grown up with, but in my opinion, there isn’t any harm in trying out new designs in the grilling machine that promise to be more effective in its job. I wouldn’t have considered the above-said idea if I hadn’t bumped into Diagofocus design Barbecues from Focus that screams style through its interesting asymmetrical stance. The sculptural shape that appears like “a big pipe with a splay top” has an advantage of a ‘standing décor’ when it’s not grilling hot BBQs for you.

It’s not just the design which is appealing, it’s also the functional shape that protects fire from the wind and guests from smoke, unlike the regular BBQ grillers. But I’m not sure how many it will accommodate when you have innumerable guests over for a party. Old school then? Okay, we could do with both of ‘em. 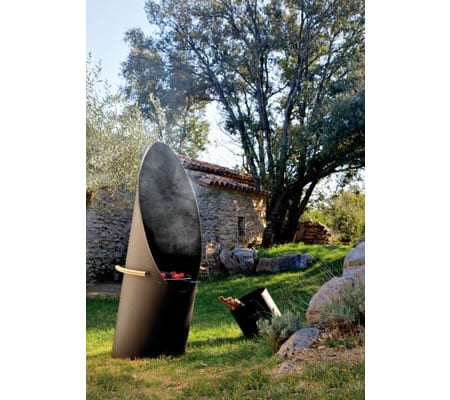 Tags from the story
Accessories, Barbeque