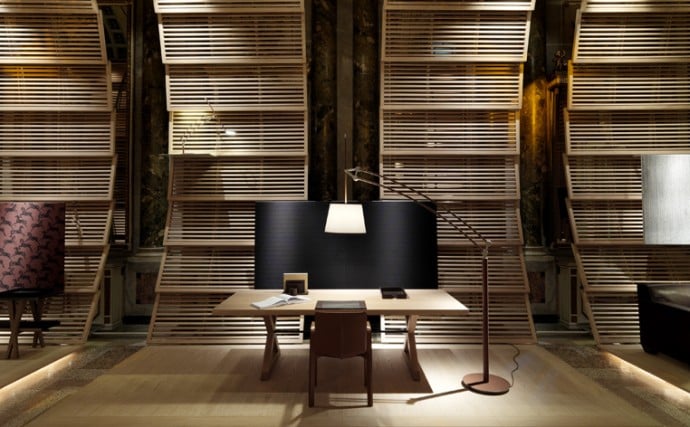 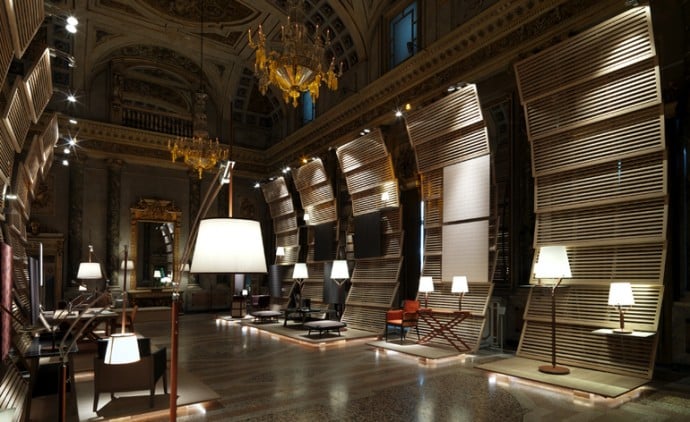 Inspired by old carriage lamps, the third modular lighting collection “La Lanterne d’Hermès” has been designed by French visual artist Yann Kersalé.
Hermès also showcased new re-editions of a chair, console and bench by Jean-Michel Frank that were first designed with Hermès in 1926. 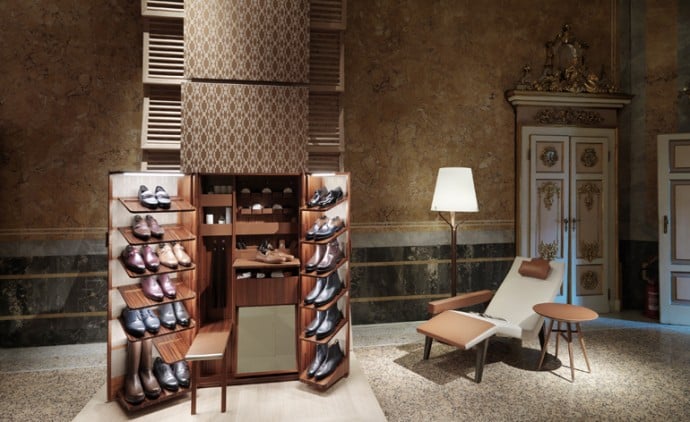 Also on display were new Jardin D’Osier Imprimé silk fabric and wallpaper and the bespoke pieces from Curiosités d’ Hermès, a series of three furniture pieces inspired by the “cabinets of old.” 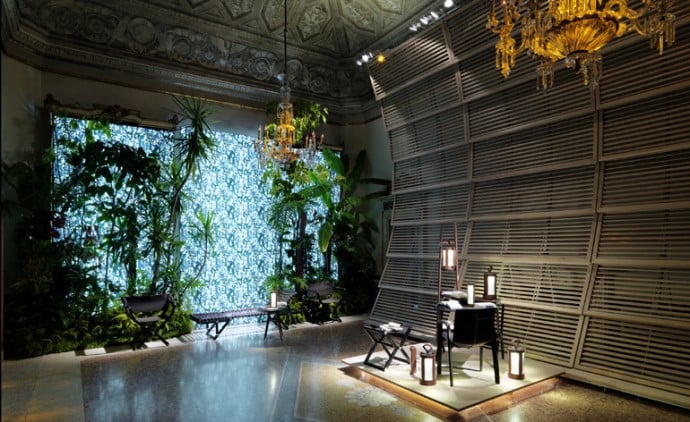 Tags from the story
Hermes, Lighting