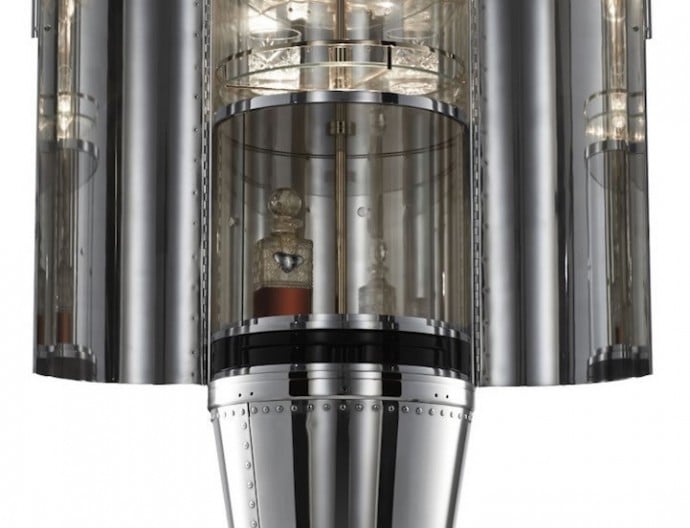 With a reclaimed 1970s missile fuselage as its structure, the cabinet’s interior features three glass shelves that revolve around a gold-plated spindle. The base contains a sliding platform built from lacquered American walnut wood which conceals a set custom-made cocktail utensils. When the curved cabinet doors are closed, the cabinet looks just like the cluster bomb it was initially designed to be. Though we’re pretty sure that its gleaming exterior gives it away; unless you’re a really flamboyant Bond villain there’s no need for you to have shiny bomb in your house. 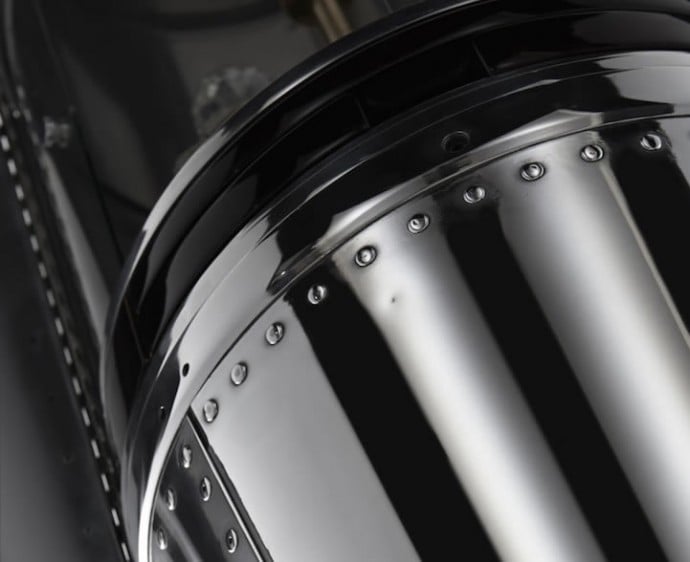 We love this unique take on “turning a bad thing into something good.” We’re waiting for the day when someone at Fallen Furniture decides to turn an old tank into a drinks lounge!