It all began when a humble salesman named Claude Trudon began a small, family-run business making candles in France in 1643, on the eve of Louis XIV’s reign. Before he knew it, he was making candles for some of France’s most glorious cathedrals as well as for the royal court of France, until the end of the monarchy. Napoleon’s wax producer during the Empire period, there was no stopping Cire Trudon and today he is one of the oldest and most prestigious wax manufacturers in the world.

Also known as the Rolls Royce of candles, his modest, yet luxurious collection of 18 perfumed candles reflect luxury — past and present. Cire Trudon candles are all free of any harmful substances and are made from pure vegetal wax and poured into Italian-handcrafted green glass vessels.

The heavenly collection includes some one-of-a-kind fragrances. Our favorites include, Abd El Kader- a scent that represents a gust of freedom blowing from the Mascara coast and the mountains picking green scents of fresh spearmint with the perfume of tea and tobacco; the Solis Rex – a heady fragrance of the Mirror Gallery and the wooden floor of the Château de Versailles, vapours of wax, candelabras and palace blended with incense with a light ray of citrus and Rose Poivrée – a bouquet of fresh and lush roses that evokes Marie Antoinette’s love of the flower mixed with a hint of Tuscan black pepper. A special edition Rose Poivrée candle was created by Cire Trudon in partnership with designer Giambattista Valli to celebrate the 2010 opening of his first store on rue Boissy d’Anglas in Paris. 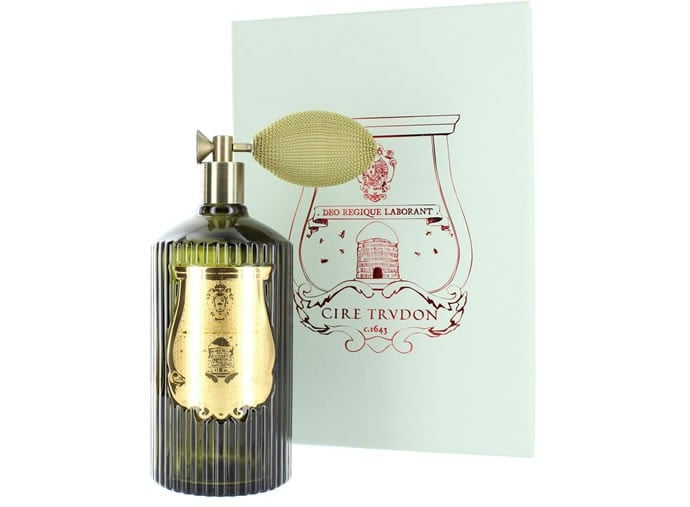 The Cire Trudon scents are available in various products including 100gm-travel candles to great candles that weigh up to three kilos, room sprays, pillar candles, busts, matches and gift boxes. A classic Cire Trudon candle (270gms) is priced between $95- $105 while a great candle (3kgs) is priced between $450-$550. The taper candles, called Madeleine, commonly used to illuminate the Madeleine church in Paris come in a pack of six, are dripless, smokeless and are priced from $17 – $29. The room sprays are priced at $190 while giftsets containing three small candles are priced from $160 – $260.

Tags from the story
Candle