The robots have already started taking over, well at least on the domestic front… and Judgment Day soon approaches. With robots in servitude, households are becoming rather hi-tech these days. The latest is the Moley, a robot kitchen that could potentially even stand up to Gorden Ramsey himself. 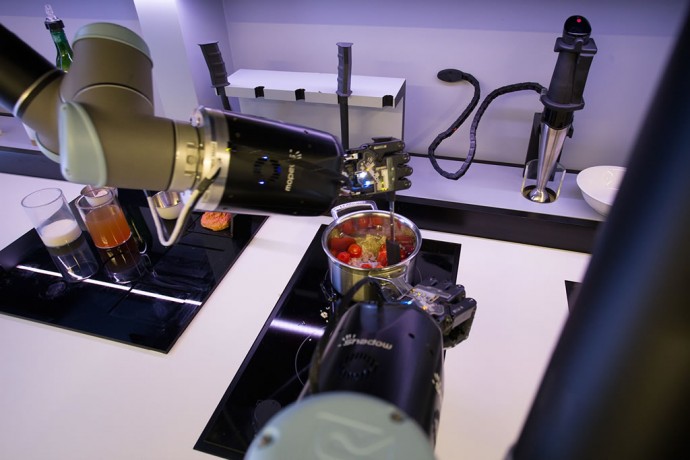 With devices like Monsieur, the robot bartending machine and all the robots tending to guests at the Henna Hotel in Japan, Moley is the latest in “cybernetic-servitude”. Although Moley is still in its prototype phase, it’s been showcased to pull off some pretty great culinary feats. These very well articulated robot hands are the ones that whip things into edible submission in this non-human kitchen set up. The kitchen itself is well equipped with all the relevant amenities a master-chef would need – oven, stove top, sink, small appliances, utensils and even a sink – everything a chef needs to get cookin’! 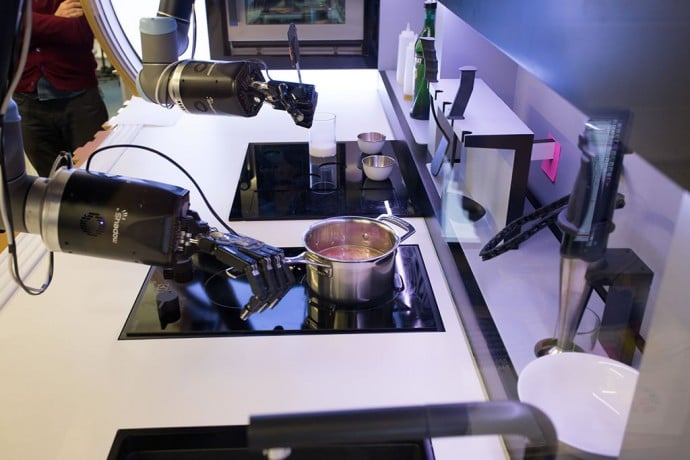 Although the ingredients would need to be set up in bowls and cups that would need to be placed in very specific positions and in a very precise sequence (or things could go wrong), Moley can swing into action the moment it’s activated via the connected computer. Flip the switch and the cooking action begins. So far Moley’s been able to whip up delectable crab bisque in about 30 minutes. According to one report, it seems the movements of the robot are based on a winner of the popular TV show ‘MasterChef’, Tim Anderson, who won in 2011. 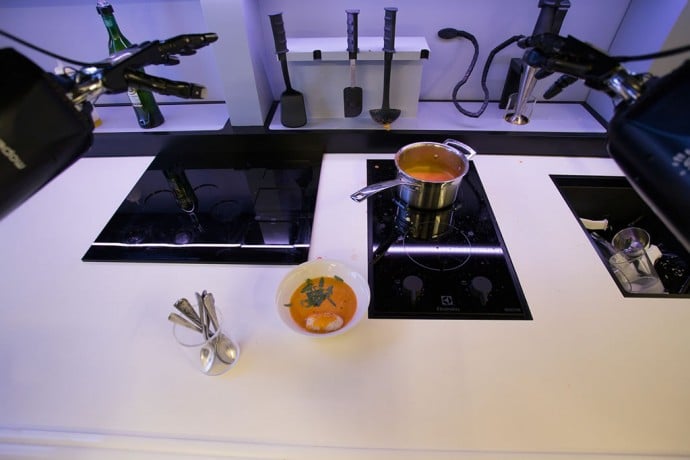 Using motion-capture technology, the data was gathered while filming Anderson cook the bisque and was then fed into Moley’s Robotic Operating System (ROS) to be duplicated. Once Moley goes into production on a larger scale, word is that it would be very iTunes friendly (but naturally) where recipes could be downloaded and activated possibly even via your mobile Apple devices.

The entire Moley kitchen set up could set you back about $14,600 (£10,000), which is the estimated price tag. The robotic arms are the most expensive components and hopefully would get cheaper when mass produced. For now, Moley is that one chef who can definitely stand the heat and won’t be getting out of the kitchen… unless ordered to.

Tags from the story
Robotics