The idea of converting high-end cars into office and home furniture items isn’t new. We have seen quite a few over the years including a Rolls Royce Phantom couch, Corvette and a Lamborghini Murchielago office desk. But this might be the coolest one we have ever seen and the fit and finish is just impeccable. It’s an office reception desk made out of a $70,000 Tesla Model S which has been made for Draper University Hero City in San Mateo, California. Dubbed the ‘Deskla’, the initial concept sketches were drawn by Vuolo Design, Hero City — a club for entrepreneurs at the Draper University. 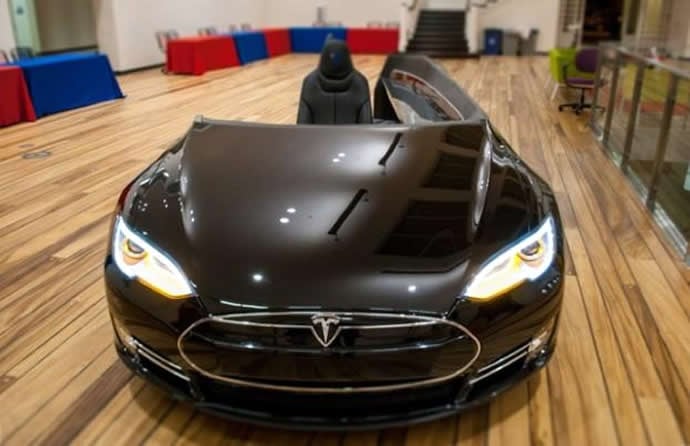 East Bay Muscle Cars were commissioned to transform the Tesla Model S into an office desk that fits Hero City’s innovative mentality. They took a new ‘factory reject’ bare shell of the Model S which was donated by Tesla and shipped to the shop in Brentwood, California. The aluminum shell was chopped and the frame was restricted to create a fully functional and operational office desk. The ‘Deskla’ features three 120v electrical outlets, six USB ports and working Tesla LED lights, which are all powered via the car’s original charge cord. The original Model S’s seats were transformed into office chairs along with the desk. The crew took six weeks to complete the project. 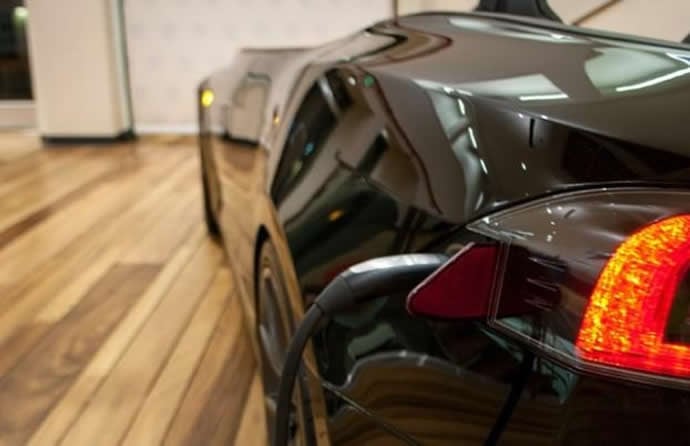 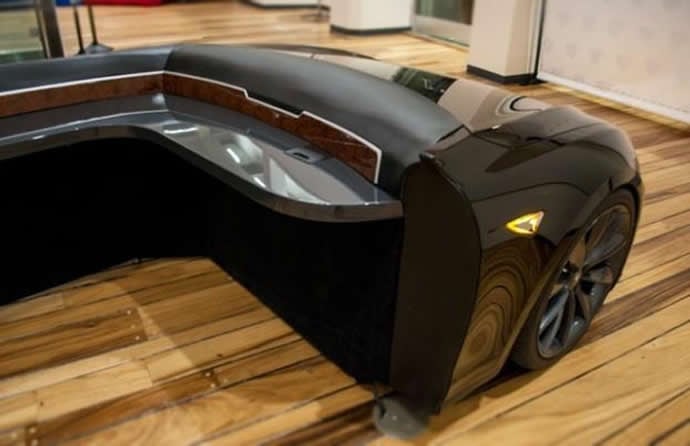 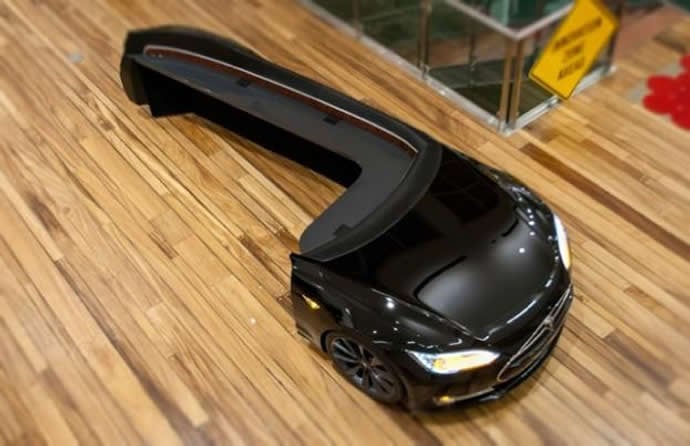 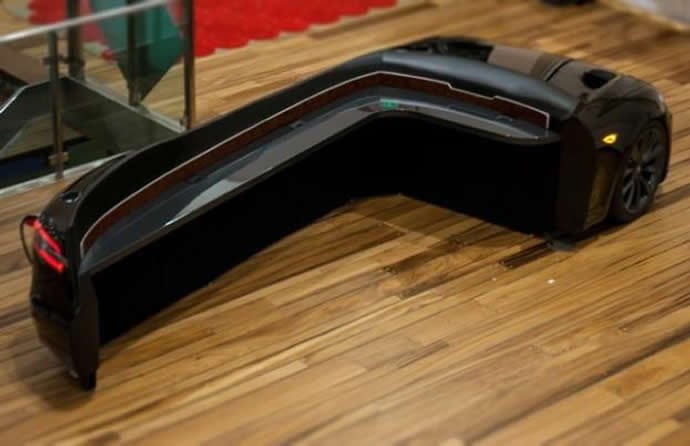 Tags from the story
Office-Desk