A ceiling fan is probably the most ignored home accessory of all. But with this disregarded piece of furniture looking like it came straight out of an aircraft, it would be improbable for it not to catch your gaze. In an attempt to revamp fans like none other, Phighter Images, a specialized aviation flying furniture provider has recently rolled out jet engine fans that are a perfect fit for your ceiling.

While aircraft enthusiasts must have broken out into a dance sequence at the mere mention of these jet fans, those looking for quirky re-dos for their home are also in for a good deal. Styled after the turbine fans that are used to suck air into jet engines, these ceiling fans present are a fully functional air- conditioning mimic of the latter. However, these will function at a much lesser speed (and noise) than its muse, and thankfully so! Termed as the Jet Engine Fan Blades Ceiling Fan, it primarily comes in two variants – one based on the Pratt & Whitney engine and the other, based on the GE 9X engine. 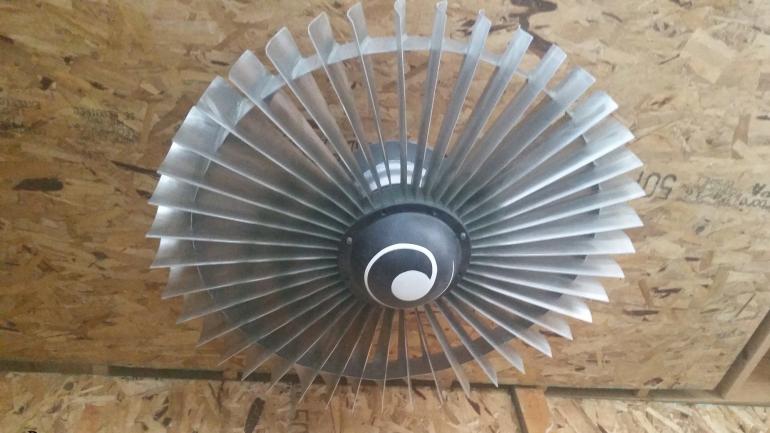 These uber-cool ceiling fans are clearly a treat for dotting airplane buffs, apart from also being a luxe addition to your home décor, if only and of course you would like a little bit of a rugged look for your room. Available for sale on the aviation flying furniture website, one unit of the jet fan can be bought at $3000. Clearly heavily priced than your regular ceiling fan, but nonetheless worth it for all the oomph it gets to your home!