Remix has been a major part of popular culture, so it’s not such a big surprise that Philippe Starck’s’ popular transparent Louis Ghost Chair is making a big comeback. But this time, it will have a new look and a new name as it will be redefined as the Uri Shapira Crystallizing Philippe chair. The new-look boasts of quartz crystal will be more than an eyeful when it dazzles under your extravagant chandelier.
Update – The price for a piece is 12,500 euro ($18,000).
Thanks Gal

Designed by art student Uri Shapira, who is now guided by Talents Design of Tel Aviv, the Uri Shapira Crystallizing Philippe chair will soon hit stands, and should also be released soon for pre-order. 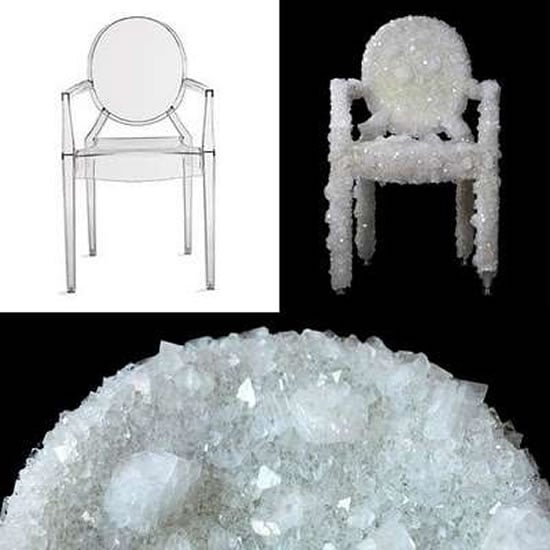