We’ve seen a Lamborghini beautify a wall and also cars remodeled to suit other needs such as the 1965 Mustang pool table or the Pool Table Car. It is a fad, alright, and this time, we get to see a vintage Jaguar reborn as a bookshelf. The classic sedan underwent several modifications to fit the definition of a bookshelf. The designers had to remove the engine to cut down on the weight, and they also cut out a large rectangle in the roof to make way for shelving. Personally, I wouldn’t like seeing such a beautiful Jag be vertically parked up as a bookshelf. It is like buying an expensive diamond necklace and decorating it on a showcase!

The Jag bookshelf is the brainchild (or brainless child) of the Dutch design studio. They were created to suit the interiors for a project they call “Dutch Mountain”- an eco-friendly house fashioned to look like a mini-mountain. 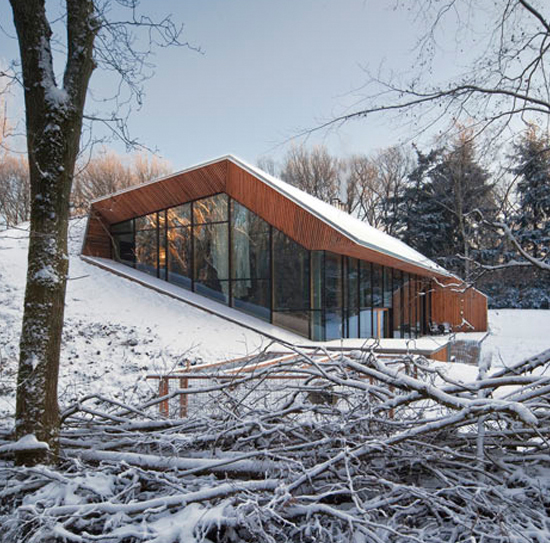