In a first, British architect Zaha Hadid has designed both the exterior as well as interior of her latest hotel project ME by Melia Dubai to be situated inside Opus building at the heart of the Burj Khalifa’s district. Developed by real estate company Omniyat, the project marks the first ‘ME by Melia’ hotel in the Middle East. Spread across 250,000 sq. ft, the hotel will consist of 100 rooms, complimented by Michelin-star restaurants and exclusive international F&B brands. 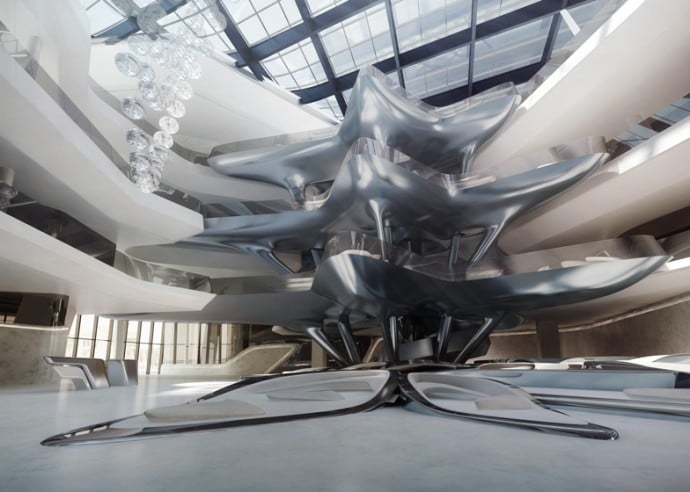 The limited number of serviced apartments at the hotel will include four penthouses with private roof terraces. The hotel has also commissioned an art installation to be relocated from Victoria and Albert Museum where it is being installed for this year’s London Design Festival. 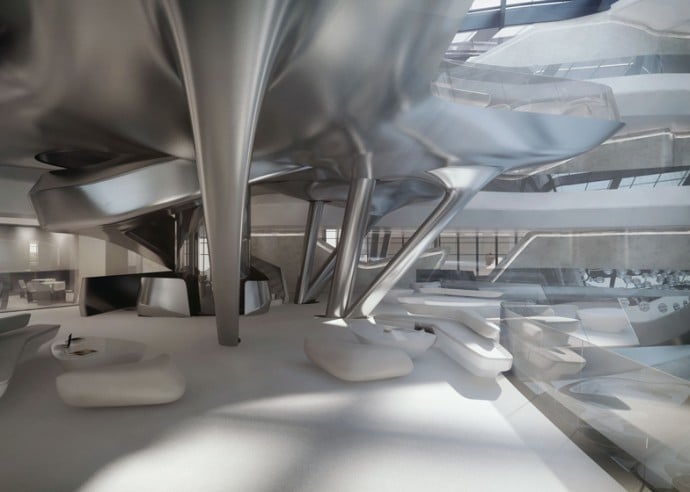 Along with Zaha Hadid’s masterwork of design, the Opus building will stand out as one of the most striking landmarks on the Dubai skyline. The Opus will comprise of two structures conceived as a single cube eroded by a free-form void, which appears to hover about the ground level. Reflexive fritting patterns in the form of pixilated striations will be applied onto the glass facade to provide a degree of reflectivity and materiality to the cube while assisting in the reduction of solar gains inside the building. 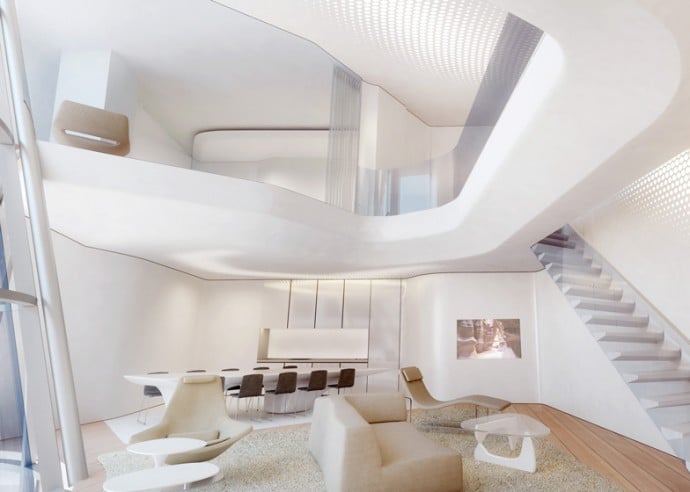 The interiors of which will be clad with a fully engineered curved glass curtain wall to allow for eye-catching views into the void. Within the Opus there will be a retail podium across the ground, first and second floor. The uppermost floor will feature a tranquility zone, a beach deck with a reflective pool and shaded roof terrace a media zone and a gym. 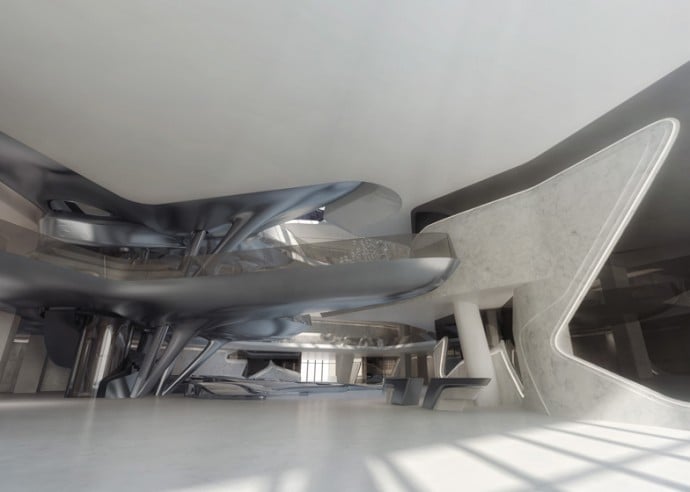 Tags from the story
Dubai, Zaha-Hadid