This customer must’ve had a really bad experience at the five star St James Court, owned by the Taj Hotels group, near Buckingham Palace in order to pull off what he did. It’s hard to believe though that someone had an experience so terrible t a place so fine that they opted to smear their Range Rover with a list of complaints against the hotel and added insult to injury by parking the ‘car of complaints’ right outside. The black Range Rover was spotted by a passer-by with large white letterings that read statements like, ‘bad guest service’ and ‘incompetent management’, ‘Do not stay at Taj Hotels’ and listed a number of complaints. The person in the car spoke to some people about how they had suffered a number of issues during their stay. 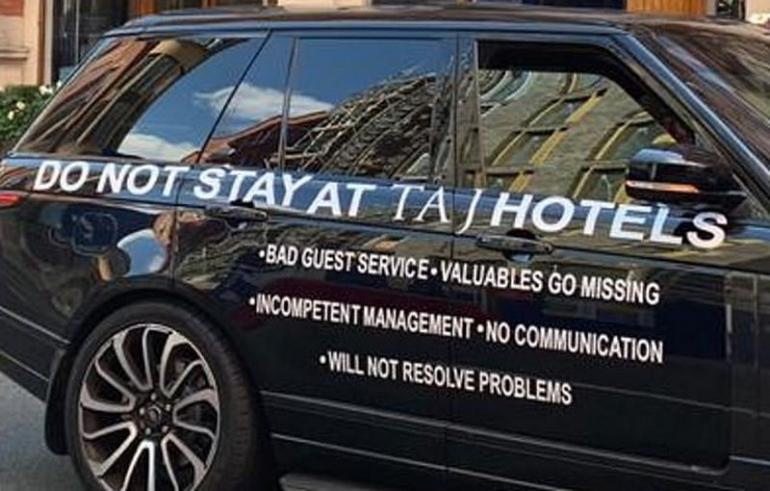 The hotel hasn’t made any comment on the protest though Taj Hotels knew who the guest was. It must be a terrible déjà vu as last November a similar protest was held outside a Taj Hotel in Cape Town in South Africa. The banner said in capital letters: Do Not Stay in the Taj Hotel Cape Town. It had the same list of complaints. Something smells fishy? 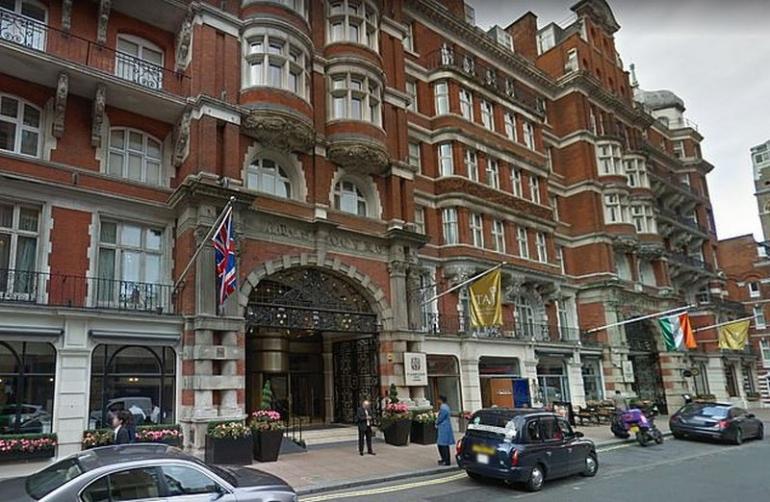