If you ever wanted to pretend you’re Bruce Wayne and schmoose around your home town i.e. Gotham City, as Dark Knight’s debonair, Playboy alter-ego, hitting the best night spots and Casinos, in the city, well that can soon be accomplished… and then some.

Soon all signs in geekdom will be pointing to Studio City, an ambitious development that’s been undertaken in the casino belt in Macau, China. Designers have used the Caped Crusader’s beloved city as model for the Casino and have thrown in tons of goodies to keep all of his followers and fans thrilled to bits.
Melco Crown Entertainment is the company behind this inspired $3.2 billion, loaded to the hilt, entertainment extravaganza, come-one-come-all, party-till-you-drop, entertainment complex. With a 30,000 square foot “play center” for kids (even those of the slightly mature kind I’m betting) plenty of Warner Bros. and DC Comics characters will be around for entertainment. Other attractions include – Wonder Woman go-karting, a virtual reality Batman ride, around 30 plus eateries throughout the premises, nightclubs (Pacha club brand from Ibiza), a 5,000 seat stadium (for concerts, games, theatrical performances etc) and 1,600 guest rooms (Art Deco style) split into two towers – the “Celebrity Tower” and the “Star Tower”. 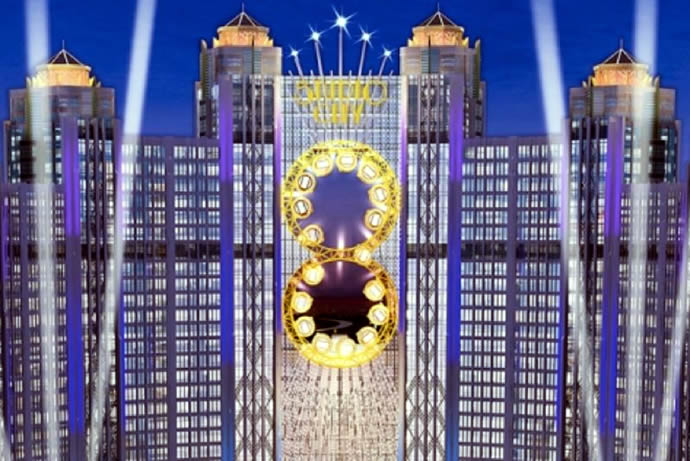 Incidentally, what sort of divides these towers into two is what will become Asia’s tallest Ferris wheel called Goldeneye. Set at over 425 feet, this ferris-wheel, embedded into the center of the structure, is what’s going to be the main attraction at the new luxury resort/casino. And here’s another interesting fact, it’s supposed to be based on, or at least inspired by ‘two asteroids shooting through a Gotham City building’. If that isn’t the coolest, I don’t know what is?! In fact it’s so cool that they even got Leo DiCaprio and Robert Deniro to do a promo; check it out below –

The Studio City resort and casino is scheduled to open sometime in mid 2015, which means it’s time to start saving for that next international vacation.

Tags from the story
Casinos