Las Vegas, an ever-changing fantasy-land of a city, has seen unbelievable expansion since it emerged from the desert 100 years ago. Commonly known as Sin City, Las Vegas has more then enough space to give rise to newest pleasure palace – Echelon. Squeezing its way in, Echelon will be located on the north end of the Strip, the hottest part of town for new construction. Echelon fits well into a crowded construction schedule with the Palazzo, Encore and CityCenter well above ground and Fontainebleau. Three years and 4.8 billion dollars later the Echelon Las Vegas will be at the forefront of luxury on the strip. This project is the brainchild of Boyd Gaming, who has a long history of success in Sin City. 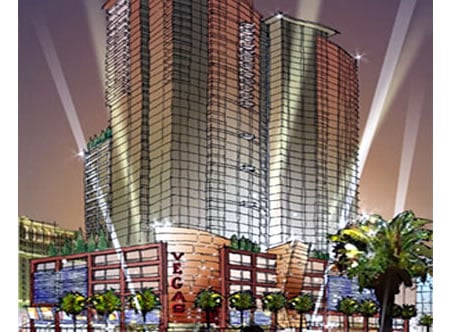 It will feature 30 restaurants, five hotels, four spas, two concert venues, a 300,000-square-foot shopping area, and, of course, a casino. Any body game for sinning?
Source

This ultra 1931 Bugatti Roadster can fetch $14 million at auction

Bulgari ‘B. Zero 1’ unisex jewelry collection could be the start of a growing trend