If you are paying thousands for a room per night, hygiene would be the last issue on your mind that needs sorting! However, shockingly enough, recent video footage shows that several top-ranking hotels in China have sub-standard cleaning systems, with staff using unclean towels and sponges to wipe off dished and more!

The 12-minute footage involves names of more than dozen five-stars across the country including the likes of Waldorf Astoria in Shanghai and the Park Hyatt in Beijing. It was posted on popular social media site Weibo and shows cleaning staff washing cups and mugs with the same sponge that is used to wipe down the shower and sink. It was shot by a popular Weibo user under the pseudonym Huazon who has openly challenged the cleaning standards in Chinese hotels, especially in the lower parts of the country and other parts of Asia. 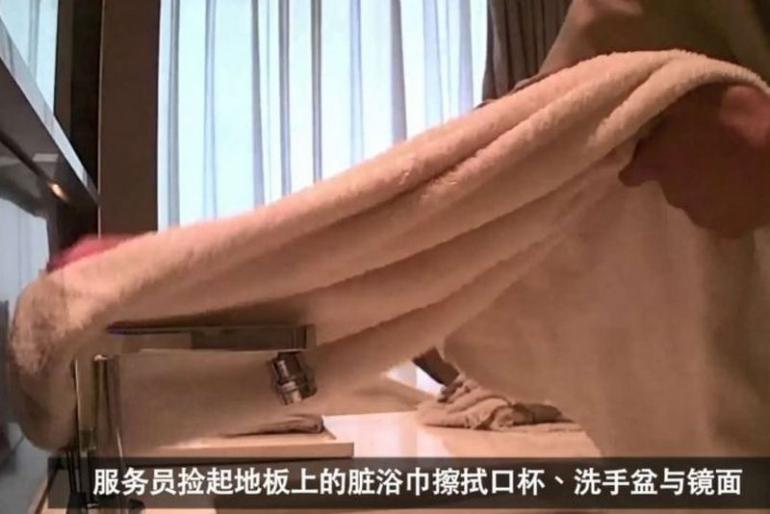 Quick to garner attention, the sensational footage has now gone viral on the internet with more than 80,000 shares and 99 million views! And although eleven of the 14 hotels involved have apologized since the video breaking off, the Chinese Ministry of Culture and Tourism has ordered thorough investigations into the apparent breaches of hygiene standards and has also involved law enforcement agencies into the probe. Looks like even thousands of dollars can’t buy you cleanliness under the garb of luxury!

Tags from the story
China, Hotels