Sometimes you just want to get away from all things earthly and have one of those ‘out of the world experiences’ and not being NASA trained it’s not going to be easy… or is it? All you need is a plane ticket to Zürich and a booking at the Kameha Grand hotel for just such an experience. Just settle yourself into the hotel’s new Space Suite, specially designed by German artist, Michael Najjar and leave all your earthly problems behind. 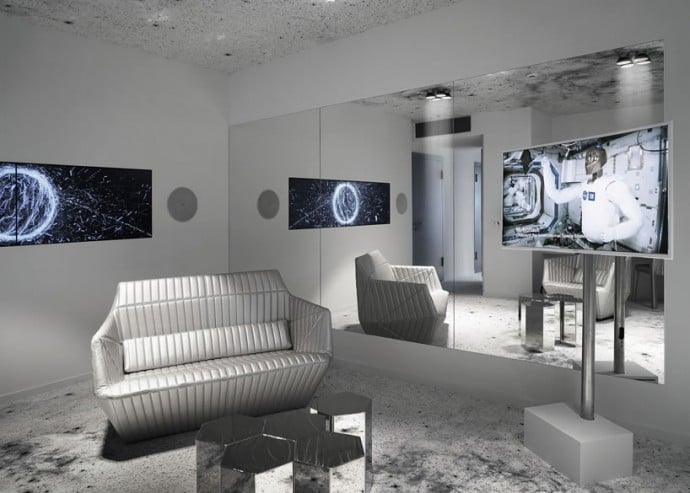 Designed to look as futuristic as possible with a very space station-esque styling that covers every aspect of the suite, from the furniture to the décor and the even the art that adorns the walls, the room is a what one would expect a luxurious space station hotel to look like. Using styles from a variety of existing space technologies like the Hubble Space Telescope, space suit gloves that can be used to hold your mobile handsets or anything else, mirrored surfaces on the windows, tables and even a large light that’s been designed to look like a rocket engine (3D printed no less), all of which add to the experience of being in space. 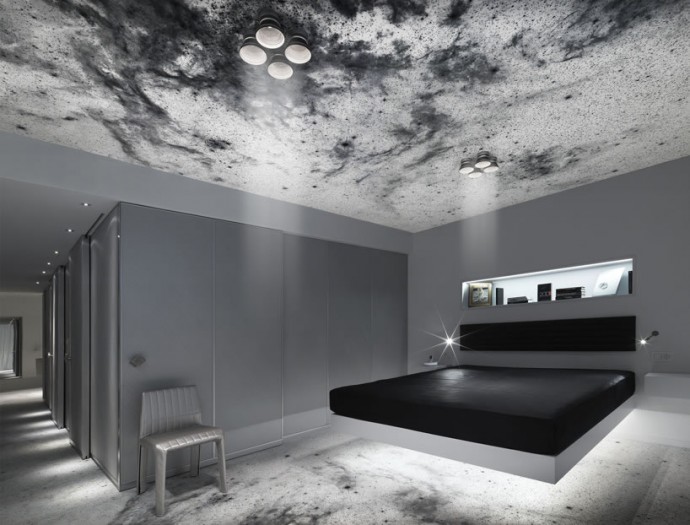 Incidentally the designer hasn’t based the design of the suite on just technology that exists in the real world but also on all that the sci-fi genre has been able to create through imagination. One example of this is in the bedroom or the ‘Sleeping Module’ where the bed has been specially designed to look like the Monolith from ‘2001: A Space Odyssey’ and also looks like it appears to be floating on some sort of anti-gravity platform. The carpet and ceilings are designed based on high-resolution images taken from the Hubble Telescope; it stretches across the expanse of the room. 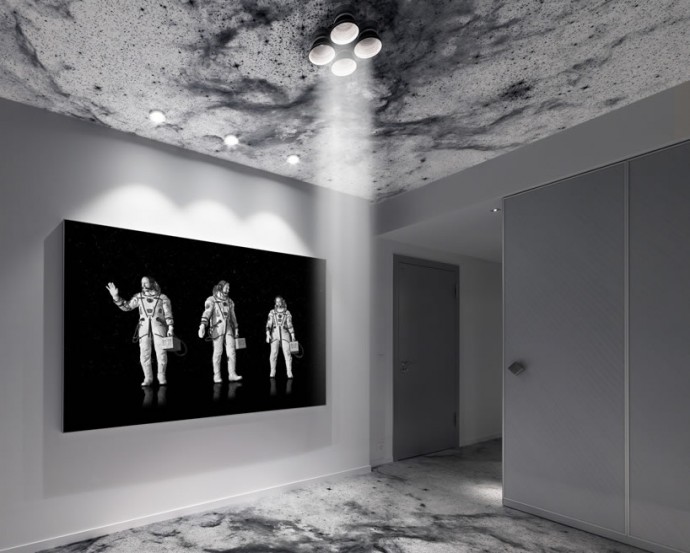 With fantastic artwork and photos on the walls and acrylic platforms that hold mock ups of famous rockets like the V2, the Russian Soyuz, the American space shuttle and the futuristic Spaceshiptwo by Virgin Galactic, the room has been meticulously shaped to give guests an experience they won’t soon forget. The designer has also handpicked some literature from both the fiction and non-fiction genres and placed them inside the room.