While India is, on the one hand, busy banning the controversial French delicacy Indian Chef Gaggan Anand of Bangkok’s award-winning Gaggan, is gearing up to serve well-heeled patrons Willy Wonka and Foie Gras Factory. The third-place holder in Asia on S. Pellegrino’s Asia’s 50 Best Restaurants has unveiled a nine-course menu with wine pairing. His ‘Gaggan Style’ interpretations on Foie Gras among other things will make their way to Hong Kong for his upcoming pop up restaurant at The Landmark Mandarin Oriental.

When the epicurean folks at The Landmark Mandarin Oriental, Hong Kong decided to host their third pop-up restaurant event of 2014, they couldn’t have looked any further than Gaggan Anand’s adventurous sci-fi dishes. Combining modernist molecular techniques and classic Indian cuisine, the talented 36-year-old Punjabi has created what could well be called the perfect formula for his Hong Kong debut. I mean, turning Gujarati snack staple Dhokla into Alchemist’s Cake and pairing with Sebastiani Sonoma Chardonnay 2012 is just genius! 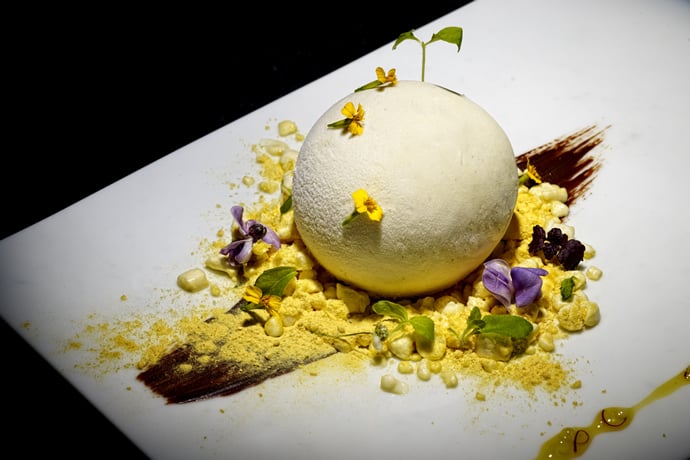 And there are many such bursts of gastronomic ingenuity throughout his menu laden with progressive Indian gems. Which discerning diners could be privy to through three nights, from 22 to 24 September, in the Tian and Di function rooms at The Landmark Mandarin Oriental. However much you might already think you know of the country and its cuisine, we can guarantee you ‘his’ edible India will be different. The nine-course menu with wine pairing is priced at HKD2288 ($295) per person.