6. Hôtel de Crillon, France
Opening – Q4 2015
The Crillon building, which was originally built for King Louis XV, has stood tall all through history since 1758. The hotel is currently undergoing some renovation and a facelift ever since the change in the ownership and management of the property. Most of the original architecture and ornaments of the palace still covers the walls, though the renovation will also bring in a modern flair to the estate. Not much is known about the final product of the renovation, except that it is supposed to open sometime in 2015 and fashion designer Karl Lagerfeld has designed two suites for the hotel. This historic stone palace is situated at the foot of the famous Champs-Élysées and has an identical twin palace close by. 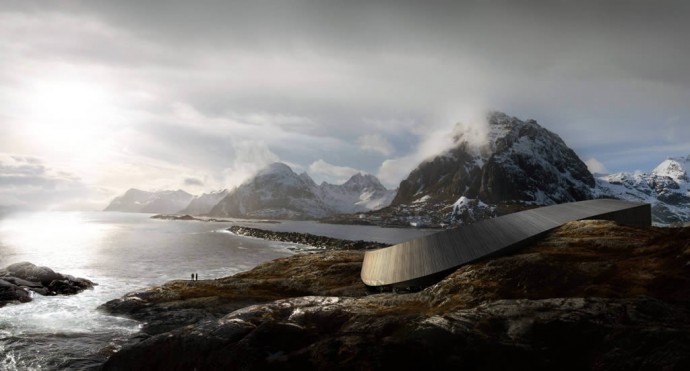 5. Lofoten Opera Hotel, Norway
Opening – Summer 2015
Tucked away in the Arctic Circle, amongst the sea and the mountains, the Lofoten Opera Hotel was featured on our most futuristic upcoming hotels list. The idea behind the 11,000 square metered hotel and residential property was a linkage to the natural elements and therefore the hotel had to be designed so as to not destroy the land and surrounding area but to use it to its full potential. The odd circle shaped hotel will guarantee a peaceful experience with nothing but the sounds and sights of nature around, though the site is not too far off from the local village. The hotel boasts of an organic feel and will host amenities like organized adventure activities, an amphitheater, a spa and sea water basins. So far there is only a rumor that the hotel will open up its gates to public in the summer of 2015, which is fast approaching.

4. W Hotel Amsterdam, The Netherlands
Opening – September 2015
The W Hotels Worldwide is making its debut into the Dutch neighborhood with its first establishment set to be in Amsterdam. The hotel will open its 238 guest rooms and suites to the public in September 2015. Included in the Suites, is also the one of a kind Ewow Suite, which (we can only guess) will have the crème de la crème amenities. Another feature of the W Hotel Amsterdam will be their rooftop lobby, where guests will be taken on arrival, to check in, sip complimentary drinks and look at the momentous life in the grand city pass by. The hotel is at an iconic location at the Dam Square behind the Royal Palace, which is practically the center of life at Amsterdam. Guests will also get exclusive access to the nightlife, restaurants and other happenings in the city through the hotel’s signature Whatever/Whenever® service, in-the-know W Insider and W Happenings service.