Every year, Sweden builds an awe-inspiring living space from snow in the form of the infamous Icehotel. In its 29th edition this year, the ice-clad hotel boasts of artistic renditions in 15 premium suites, each designed and decorated by experts from across the globe. 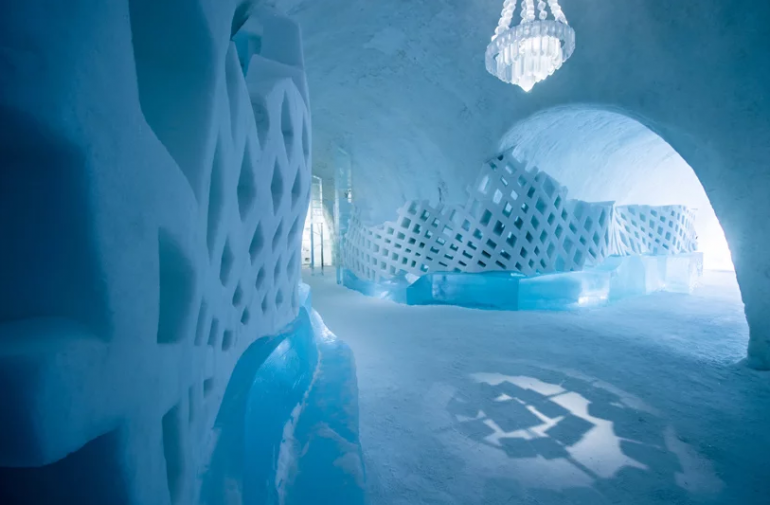 To create the majestic structure, 34 artists from 13 countries were chosen by a jury, each of whom presented a unique idea for the hotel’s construction. The space in its final form includes rooms inspired by separate themes, each more intriguing than the other. 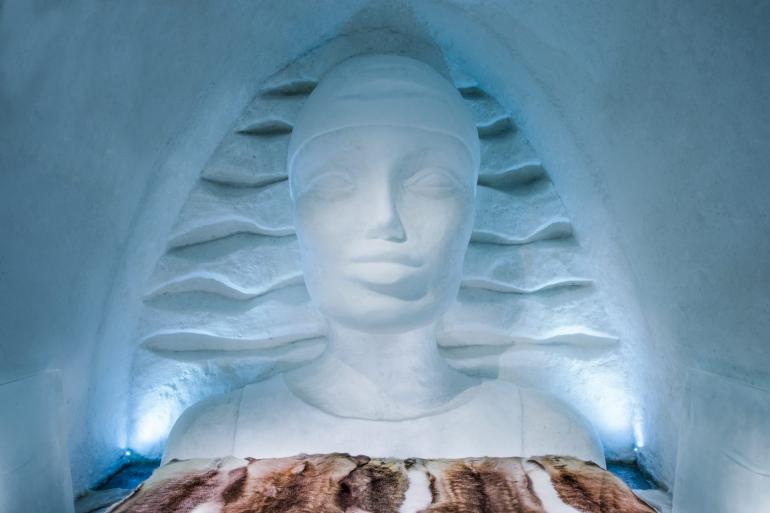 While one suite boasts of a huge carving of a woman’s face (called the Ice Woman), another showcases eclectic renditions of an oak tree, designed by Artist Tjåsa Gusfors from Sweden. 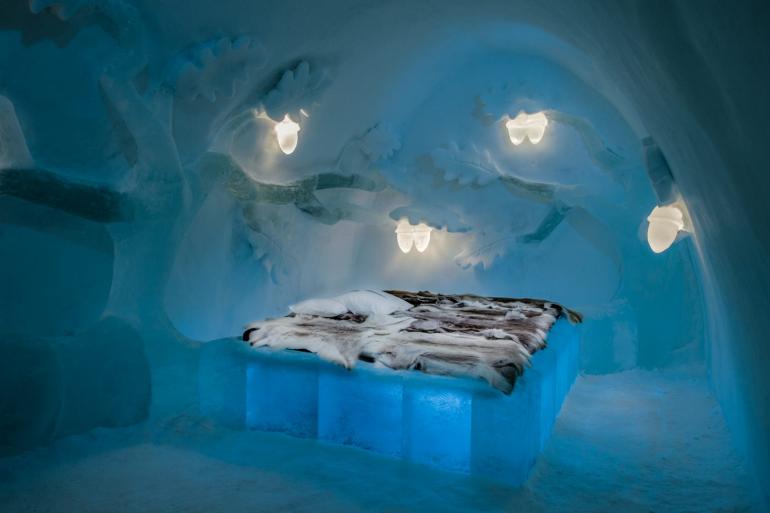 There’s also a ‘Living Ocean Suite’ with exclusive underwater depictions and The Tao Of Cat’ suite which features a feline ice sculpture, designed by Sonia Chow and Huschang Pourian from Hong Kong. 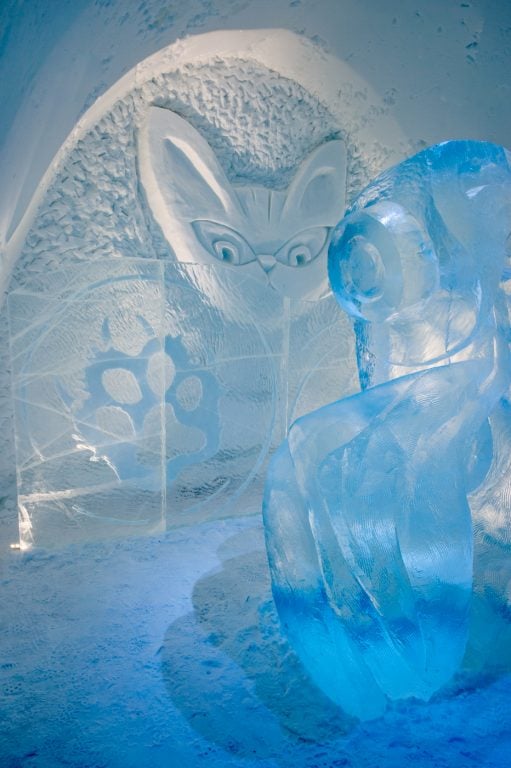 Other unusual designs include the ‘Spruce Woods’ (that is inspired by a forest camping site) by Christopher Pancoe and Jennie O’Keefe from Canada and ‘The Flock room’ by Lisa Lindqvist and Ulrika Tallving, that features birds carved into the walls. 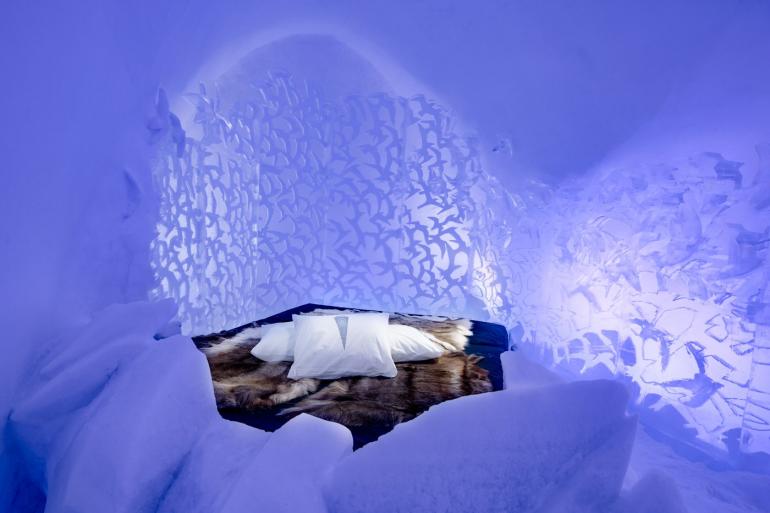 The entire structure is built using 2,500 tons of ice that was harvested from the adjacent torne river in March and stored optimally until construction. The iconic ICEHOTEL in its 29th avatar is now open for bookings until April 2019. Time to set off on a ‘ice-capade’ of sorts!