New York city’s TWA terminal (now popular as the TWA Hotel) is a landmark in itself. And in adding to its already glitzy décor and dining offerings, the iconic site at JFK airport has now opened doors to new retro-themed cocktail bar for guests. No ordinary inn, the exclusive addition is situated inside a vintage plane and is unlike anything that we have seen before. 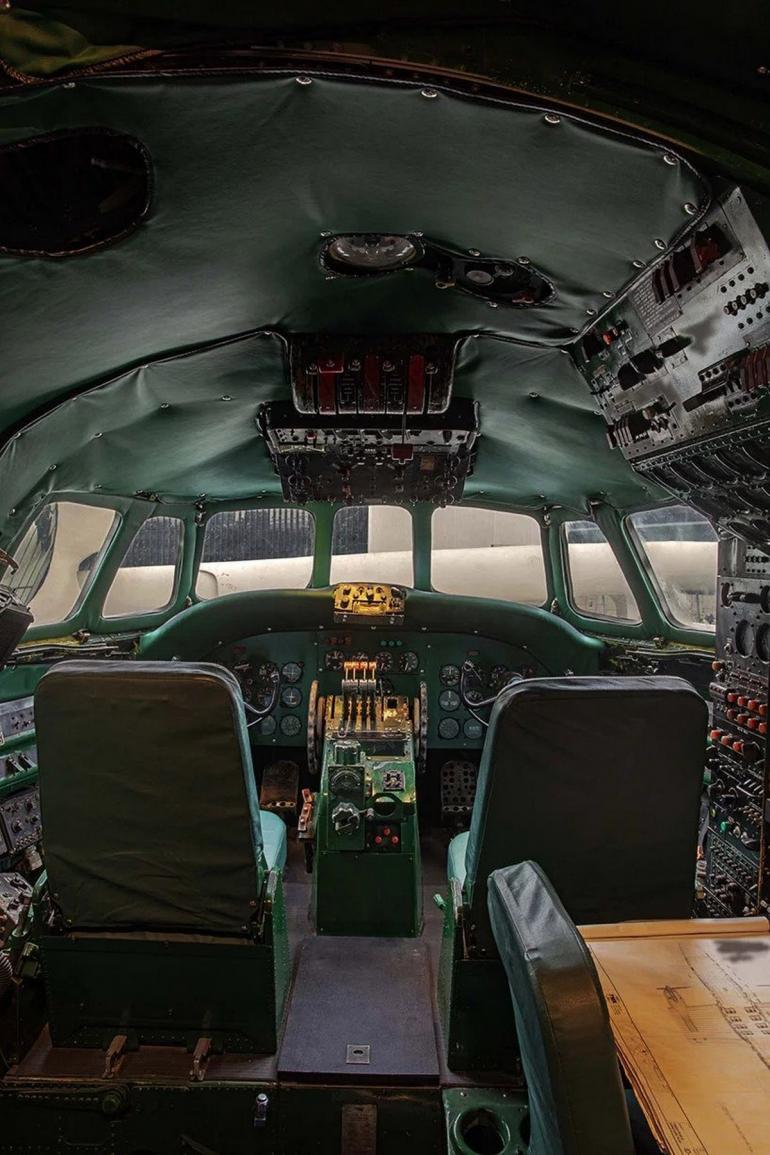 modeled out of the 1958 Lockheed constellation strainer airplane, popularly known as ‘Connie’, the cocktail bar houses many of the plane’s original elements such as the window curtains, passenger seats, and the cockpit. It includes elements inspired by Eero Saarinen (the famed architect behind TWA terminal) such as the table designs and a glass pane arc along the mid-section of a plane. 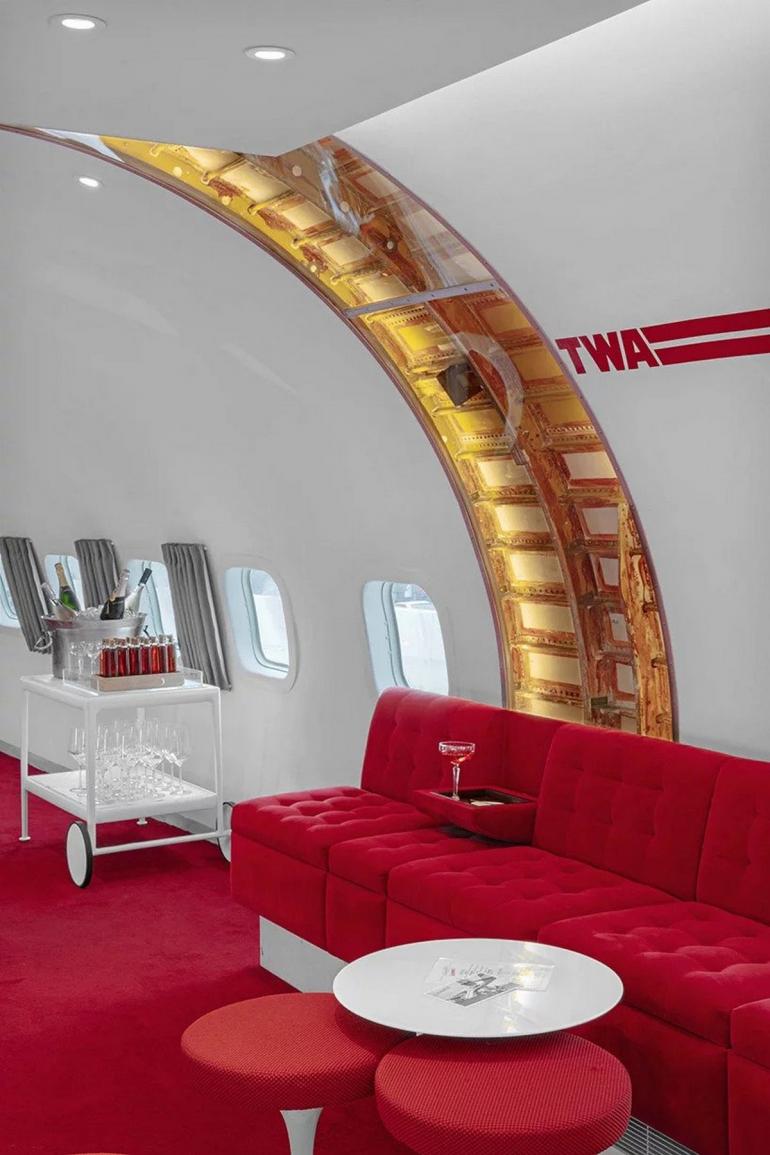 The retro-themed tavern further showcases details such as cocktail swords, mid-century board games and the iconic TWA red carpet along with modern furniture designs such as suede sofa seats along the window side of the plane and quirky passenger seats (styled by Aaron Sciandra) affixed towards the end of the plane. 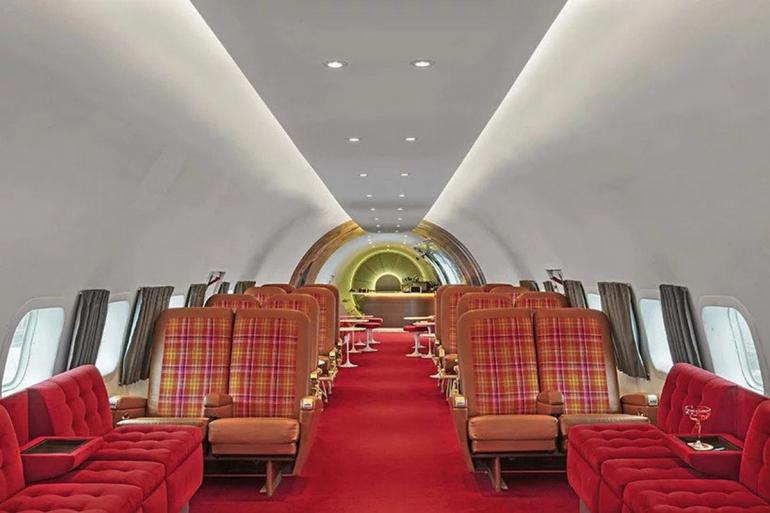 While the sofas bear a stark red hue, the passenger seats- divided into rows of three feature vintage-inspired seatback pockets and seat covers that give it a typical old-worldly charm. Unlike regular airplane seats, guests settled in the passenger chairs will be treated with enough legroom to stretch and even place their drinks on a side table before them.