A few years back we reported about this structure which was then just a concept. The news is that the construction of this high-end hotel in an abandoned quarry at the foot of Shanghai’s Tianmashan has commenced. Touted as a ‘ground scraper and designed to rise in a 100-meter-deep pit, the Intercontinental Shimao Shanghai Wonderland is being developed by Shanghai Shimao Property Group. The 428,000 square-meter theme park will accommodate a 19 stories hotel, of which three floors will rise about the ground, and the rest will descend downwards in the pit. The lowest two levels will feature an underwater restaurant, an athletic complex for water-based sports, and a 10-meter deep aquarium. The highlight of this structure will be a gigantic 60-meter tall glass curtain wall intended to mimic a waterfall next to the resort’s main structure. The adjoining cliffs will be designed to host bungee jumping and rock-climbing. 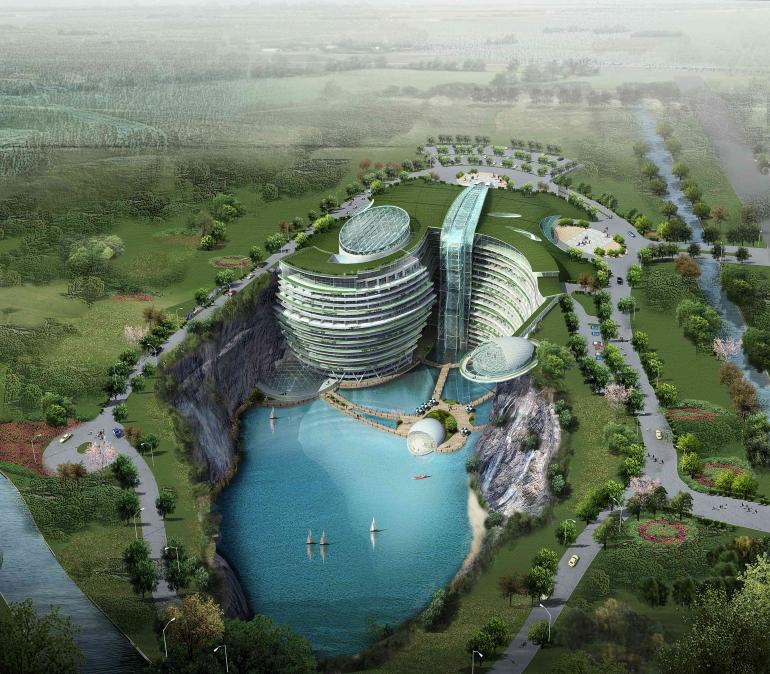 So far the developers have invested $555 million into the entire Shanghai Shimao Wonderland site but expect the final cost of construction to rise much high or should I say run more deep. Gear up to save to spend the holidays of 2014-2015 on this underground wonderland as rooms are estimated to start at $320 per night. 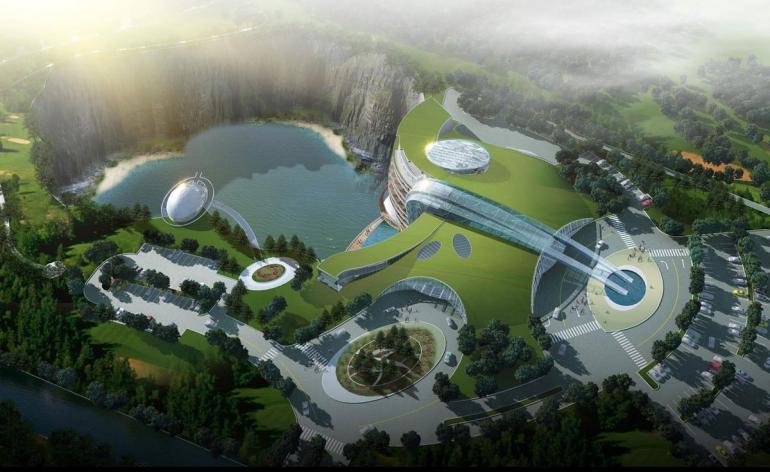