James Bond, is the ultimate guy’s (and girls) fantasy. Over the five decades, the super spy has driven missile-equipped Aston Martin, blown out of airplanes, eviscerated, shot hundreds of villains, while using every possible form of transport known to humankind, from motorbikes to hovercrafts to spaceships, wooed gorgeous woman while drinking vodka martini “shaken, not stirred”. While, we can’t guarantee you all of this, Seven Hotel in Paris is now offering guests the chance to experience the life of a secret agent. 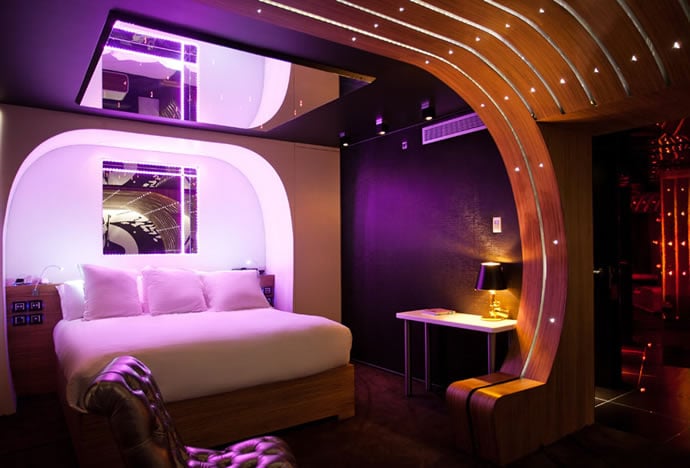 Through the years we have seen many dedications to all things ‘James Bond’, be it gadgets, watches, posters, electric razor (no kidding here!), fragrances, cufflinks, rifle case and suitcases, but if James Bond decided to build his secret hideaway, the 007-themed hotel suite is what it would look like.

READ:  Discover the Rustic Charm of the Courtyard Café at the Windsor Arms Hotel, Toronto 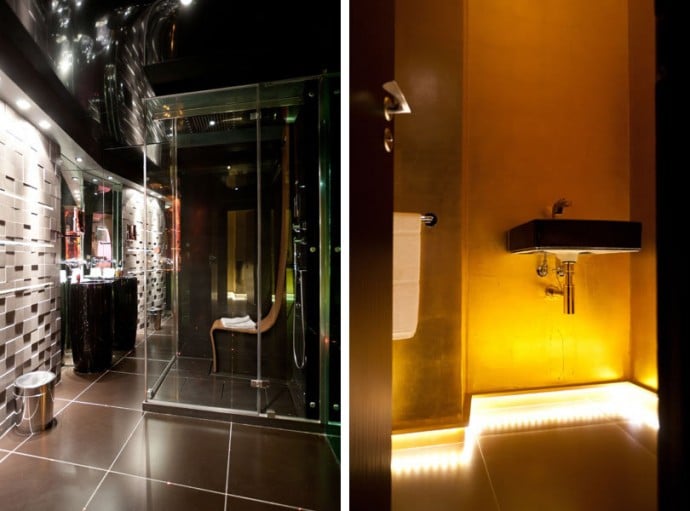 Designed by Agence Bastie, the 007-themed suite’s décor is a blend of vintage, chic and futuristic design, and one can almost imagine being a secret agent in this mythical atmosphere. (Well, not all Bond house have to resemble set of a destructive fight). The Suite 007 is equipped with a king-size bed, mirrored ceiling, golden gun-lamp, a 62-inch giant screen where fans can watch the entire catalogue of films, golden toilets, a Turkish bath, a mini-bar, electronic safe and bathrobes. During your stay, you can also slip into the mythical British spy’s tailored suit. The masculine suite is available for €447 ($620) a night.

READ:  This 007 exhibition takes place in an on-location Bond villain lair in the Alps! 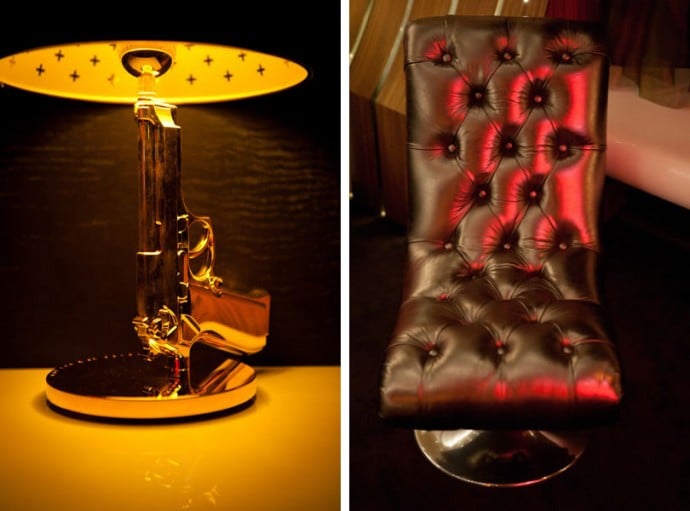 The Seven Hotel in Paris, has 35 rooms and is home to a series of luxurious suites, including ‘Alice in Wonderland’ and ‘Marie Antoinette’-themed room.