The enormous upcoming hotel being built in downtown Los Angeles will be the largest InterContinental Hotels & Resorts property in the Americas region. The 900-room hotel will be located in the heart of a 73-storey skyscraper called Wilshire Grand, which will the tallest building in the Western United States. The hotel will also be the first on the west coast to have a sky-lobby, which will be located on the 70th floor.

The luxury hotel will be a part of Korean Air and Hanjin Group’s $1.1 billion new-build Wilshire Grand project. The 1,100-foot tall development will provide an unobstructed 360-degree view of the city. 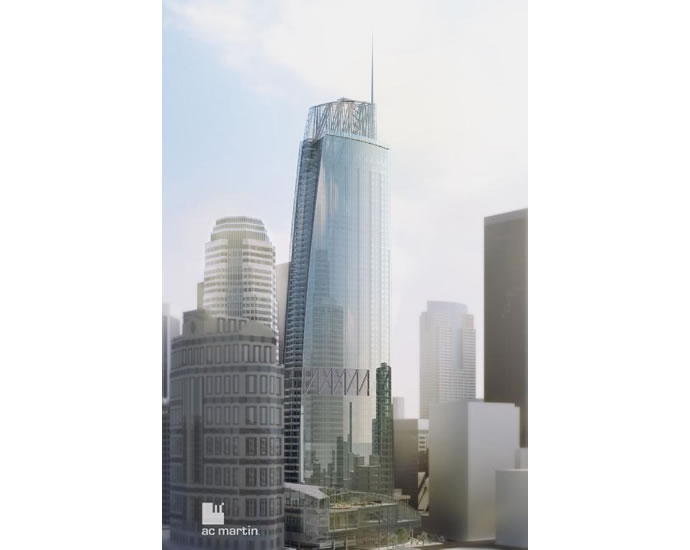 The hotel is currently under construction and is set to open in 2017. According to the developers, the design style of the hotel will reflect the four ecological typologies of Los Angeles while also embracing the laid back sophistication of the city. “The natural wood and warm colors in the building will reflect the city’s beach culture while the hotel’s sky lobby will incorporate Los Angeles’ car culture into the design through abstract representations of car lines into the internal paneling and décor,” the InterContinental Hotels Group (IHG) said in a statement.

There are more than 180 InterContinental Hotels in the world, including one in the Century City neighborhood of Los Angeles.