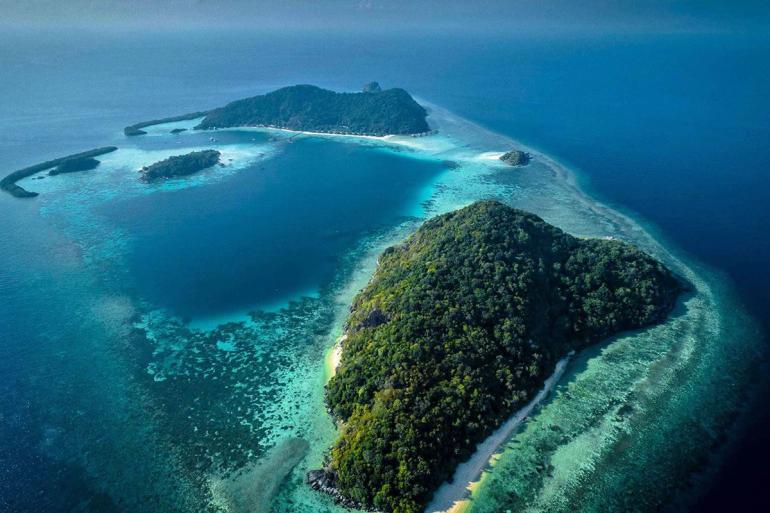 Effusively exclusive: Bawah Reserve, Indonesia
Six islands, three lagoons, 13 beaches. Think emerald isles lined with powdery white sand. Picture bamboo and teak bungalows hovering over a sparkling sea whose mood shifts between active azure and contemplative turquoise. The eco-friendly Bawah Reserve in Indonesia has been the ideal honeymoon hotspot for HNWIs thus far, with fine dining restaurants and a fully equipped luxe spa. But this year, they are developing a separate, adults-only island for private groups. Called Elang, it will have six sprawling villas, an infinity pool, an activity centre and boat house. Pride yourself on being close to nature with everything at the resort, from permaculture, electric buggies and solar-powered boats to products – ocean-friendly sunscreen, eco-friendly laundry detergent, and no plastic bottles. Their waste is recycled, their food waste is composted and crushed glass is used in the water filtering process. AND they do destination weddings. Sustainable, barefoot luxury to the max! 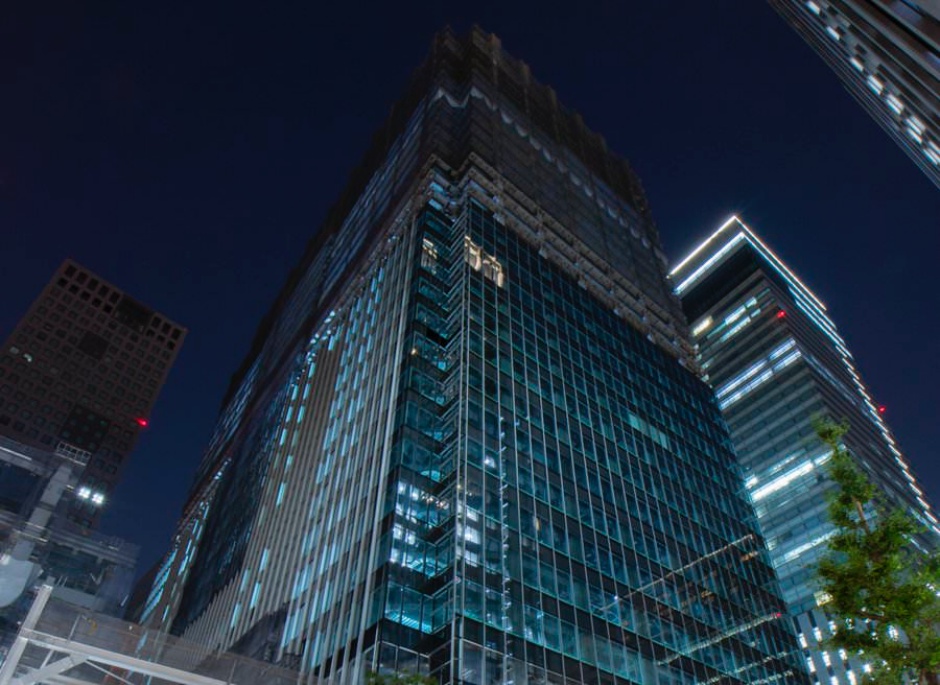 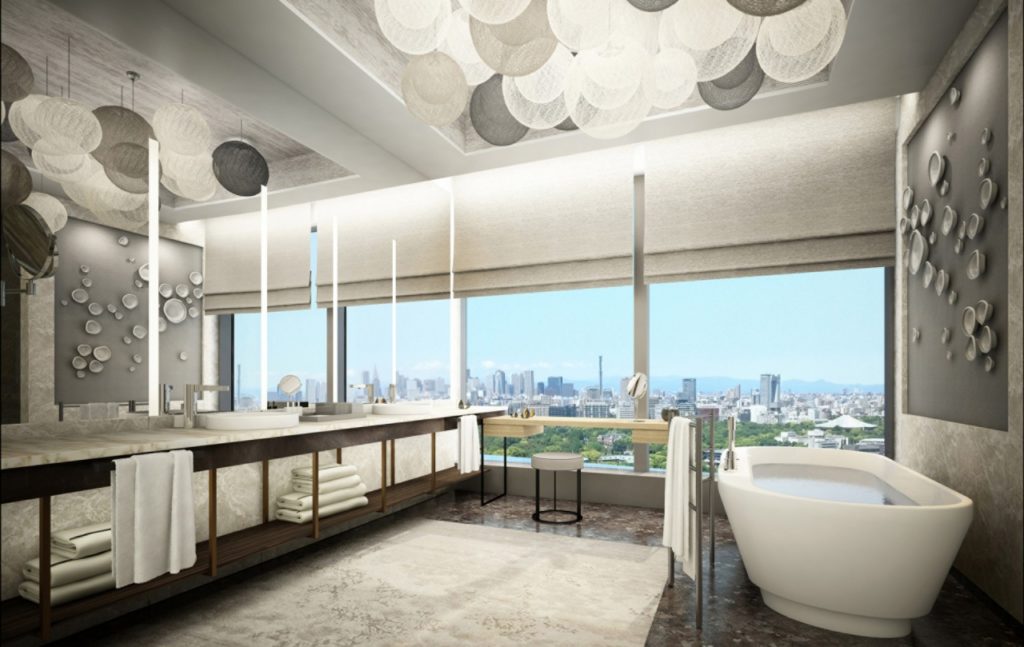 Top level treats for high fliers: Four Seasons Tokyo, Otemachi
The Tokyo 2020 Olympics will soon be the talk of the town and the Four Seasons Tokyo, Otemachi plans to open in July, just in time to see history being made. Spread over the top six floors of a 39-storey building facing the Imperial Palace in Otemachi, the luxury hotel will command stunning city views that the brand plans to capitalise on with floor-to-ceiling windows in each of its 190 guest rooms. Gastronomic experiences up in the air will include two signature restaurants, two lounges, and a destination bar that they promise will be unlike anything in Tokyo today. The top-of-the-line spa on the top floor will apparently offer a top-of-the-world feeling too. 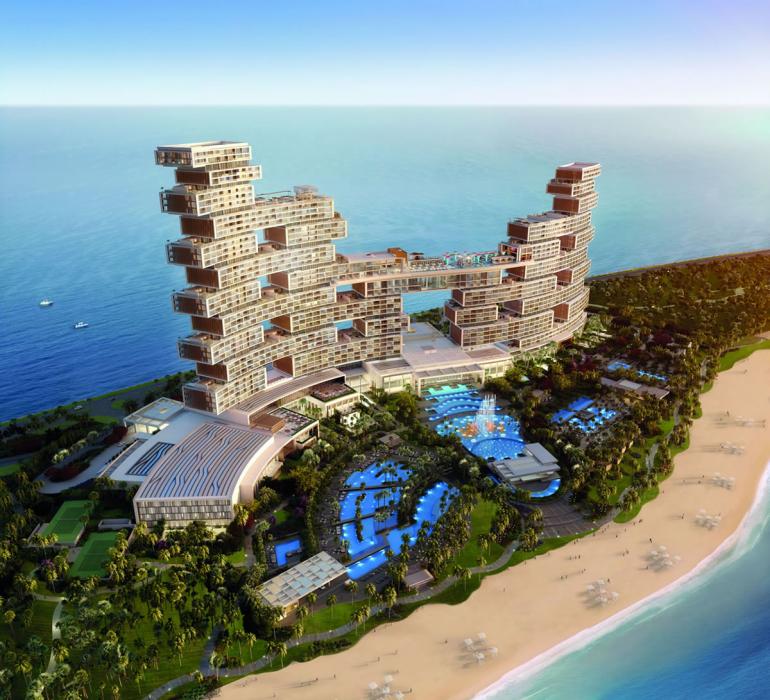 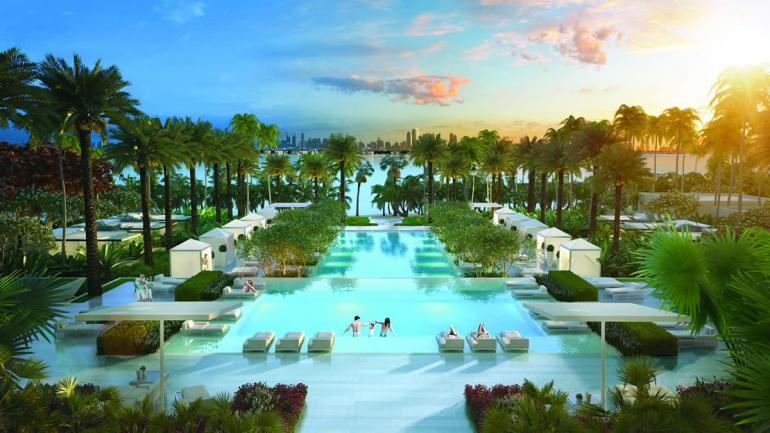 Opulence 2.0: Royal Atlantis Dubai
Only 12 years since Atlantis The Palm dazzled Dubai, the group is set to open the even more magnificent Royal Atlantis Resort & Residences alongside it. A glittering space age version of the earlier structure, the tech-inspired architecture has already started to win awards. Sharing 63 hectares of prime seafront with Atlantis, Royal Atlantis comprises twin towers connected by a bridge that has everything from plush pools to a swanky spa that boasts a traditional hammam. The oceanic theme at all Atlantis properties will be interpreted in the lobby by a 10-metre sculpture floating on water that is supposed to celebrate the first rains in Dubai. Apart from this, aquariums and the world’s largest jellyfish tank will wow visitors at the get go. The resort tower will have 795 rooms and suites spread across 43 floors. The other one will be private residences – 231 apartments, with two to five bedrooms, terrace gardens and infinity pools. And just like the older Atlantis, this one too prides itself on its dining options – think restaurants, clubs and bars in double digits (some say there’ll be 17!) that will have six celebrity chefs, including the likes of Heston Blumenthal and José Andrés. Necessity may be the mother of invention, but we know that ultra-luxury-seeking patrons are the reason behind this royal reinvention. 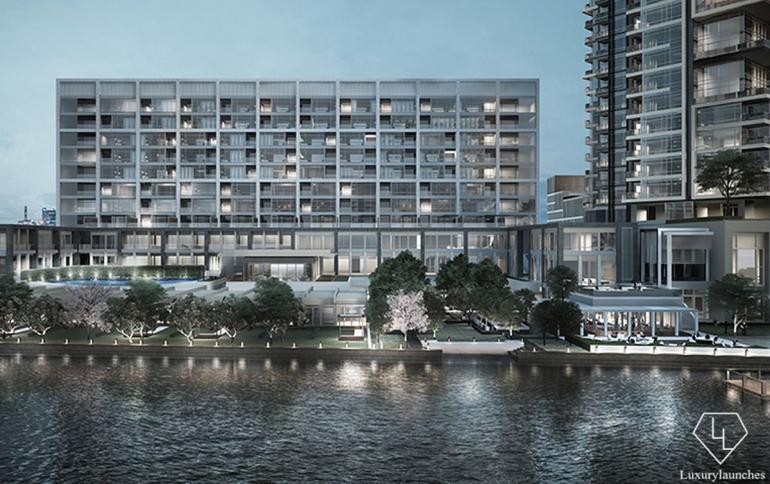 A peek into privilege: Capella Bangkok
The majestic Chao Phraya River meanders outside the windows. Riverfront life plays out in its rich diversity. From the calming cocoon of 101 rooms and suites at the soon-to-open Capella Bangkok, you can choose between immersion in the world outside and the intimacy of your own environment. Think of it as your own sophisticated home, replete with understated luxury and familiar accents. At Côte, their signature restaurant with sweeping river views, dine on creations by Michelin-starred chef Mauro Colagreco. Or indulge in authentic Thai at Phra Nakhon, and handcrafted cocktails and bespoke desserts at Stella. Ancient Asian therapies await you at Auriga Wellness. And everything, including the beautiful ballroom, has the glorious energy of the flowing river at its heart. You know you’re being pampered and it feels good.

READ:  The 11 most anticipated luxury hotel openings across Asia for 2014 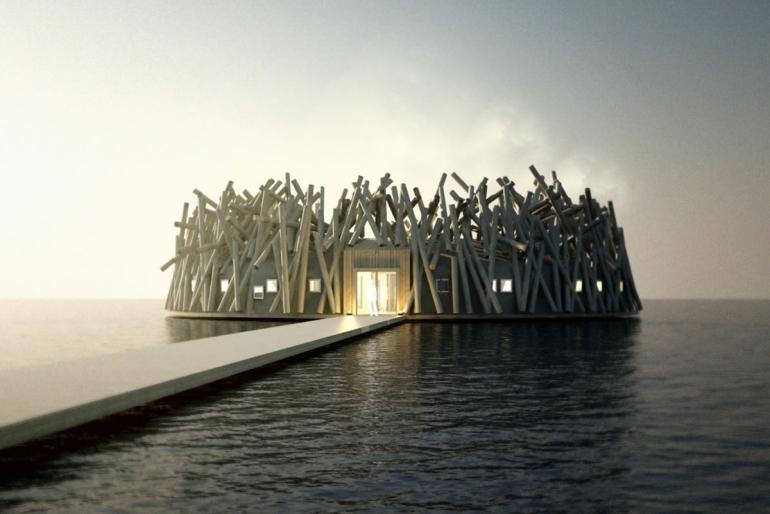 A different sort of dazzler: Artic Bath Sweden
Minimalism is the new luxe and no one does it better than the Swedes. The much-awaited Artic Bath Sweden is taking reservations for early this year and guests are excited to stay in one of the six cabins that float in the water of the Lule river and avail of the wellness sessions in the Swedish spa. Apart from the main spa treatment room, there are saunas, an outdoor cold bath and a hot bath, in keeping with the Scandinavian culture of subjecting the body to extreme temperatures. But there are also massages to be had and crystal healing therapies to explore. There’s a focus on wellbeing and mindfulness, on feeding the soul even as you nourish the skin and body. In summer, when the days are longer, you will have the opportunity to try wilderness activities and foraging, while later in the year, they’ll be planning the winter version, where you can experience Northern Lights and Sami culture while the floating buildings and walkways are frozen into the ice. It’s Instaworthy for sure, but you won’t be doing this one-of-its-kind adventure just for the ‘gram.