Here’s an ode to sustainability like no other. We’re talking about a new floating resort that looks like something straight out of a sci-fi film. It is purported to be built out of recycled ocean trash and is unlike anything we’ve witnessed before. 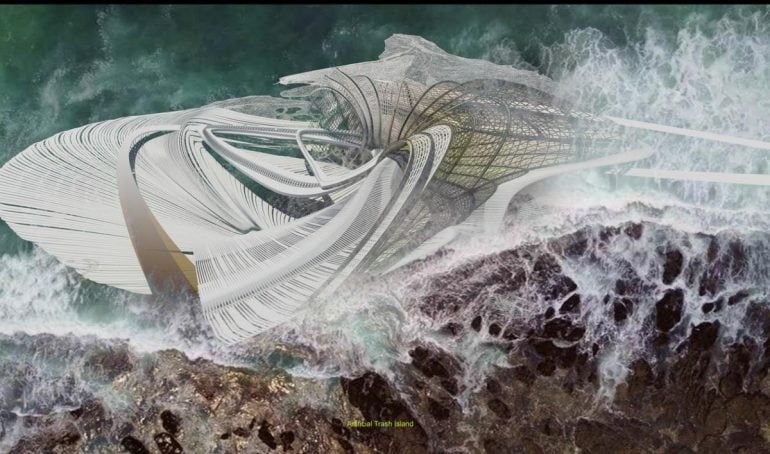 Called the Recycled Ocean Plastic Resort, the off-coast, a sustainable hotel is proposed off the coast of the Australian external territory Cocos (Keeling) Islands. It is conceptualized by international design firm Margot Krasojević Architects with environmental care on utmost priority.

The design involves a foundation made from massive, mesh-filled bags of reclaimed ocean waste consisting of everything from glass bottles to rubber tires to plastic bags and containers. The discarded waste will essentially be woven together to provide a platform fortified with Mangrove tree roots with additional layers of silt and sand heaped onto it to form tentacles of sorts.

The resort would further feature hotel rooms and camping spots, with showers using distilled seawater and power generating from the installed solar panels. Commenting on it, architect Margot Krasojevic said, “A major design element is a pleated structure of interlaced webbing, made from biodegradable-seeded concrete fiber mesh. These ‘tentacles’ are released from the ceramicrete upon contacting with rising water levels.” 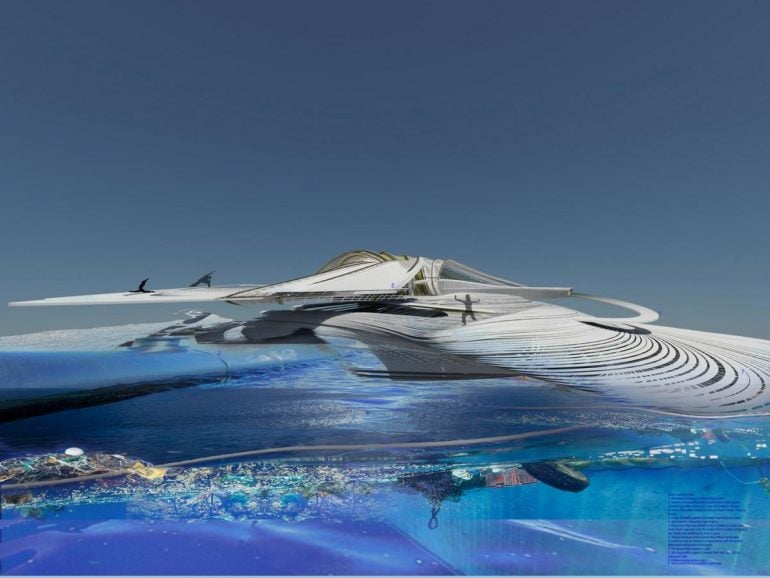 She further added, “They expand and inflate into the oncoming swell sinking as they absorb water creating an artificial barrier trapping sediment and absorbing floodwater. In principle, they are the artificial mangrove roots that are the island’s life jacket in an emergency, as they expand the trapped sediment creating artificially engineered land almost like an inflatable runway.”

Would you a fancy a stay here?

Tags from the story
Eco-Friendly, Resorts