The British and French are trying hands to become friends again, anything in the name of hospitality and tourism. An American hotel brand is promoting the British in Paris. Palace de Galles, part of the Luxury Collection Hotel, part of the Starwood Hotels & Resorts, and British automaker Bentley have joined hands to give hotel guests a taste of Britain. The hotel is offering guests the chance to enjoy the ‘British way of life’ in style this summer. As well as culinary delights highlighting British favourites, guests are taken on a road cruise in the classy Bentley. Two models will be available – the Phantom and Phantom II of 1934.


The hotel has tailored some interesting itineraries for sightseeing around Paris in the Bentley, which include drive through the city at night following the trails of artists Vincent Van Gogh and Clause Monet. Bookworms can dive into a haven of books at the oldest English bookshop in the continent – Librairie Galignani. For fashion seekers, the Bates Hats store will be a pleasant stopover. 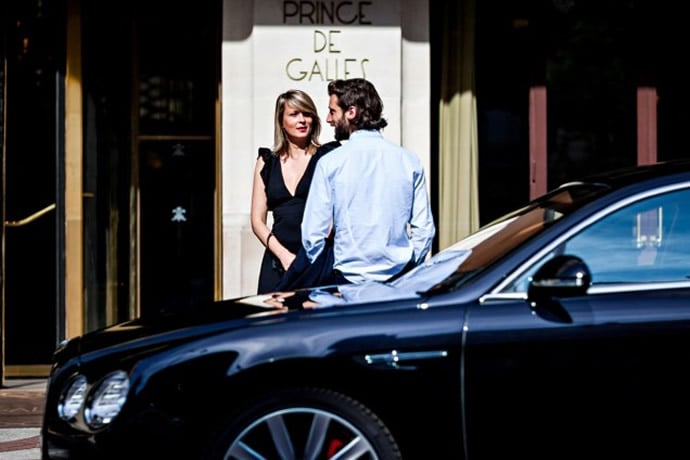 While the British were honoured in Paris, the Americans were honoured in America. St Regis New York guests were given a tour of the city, night or day, in chauffeured Bentleys. This isn’t the first time the hotel group has collaborated with Bentley. St Regis Hotel New York and St Regis Hotel Istanbul designed a suite inspired by the Bentley Continental GT – aimed at craftsmanship and luxury.

Tags from the story
Bentley, Paris