China’s growing market has been witnessing several new projects mushrooming all over the nation. As part of a 670-hectare Olympic Park, a 150-meter hotel in the shape of a ping-pong racket is planned to be built in the Huainan city, East China’s Anhui province. Estimated at 300 million yuan, the hotel will feature three parts – sight-seeing facilities, guest rooms, and conference facilities. Mei Jikui has designed all the buildings in the park. The park will also feature four other buildings – an American football-shaped stadium, a volleyball-shaped natatorium, a football-shaped gym stadium, and a basketball-shaped stadium. The project is planned to be completed in three phases over five years. On completion, an aerial view will be amusing to see the shapes of different sports tools. 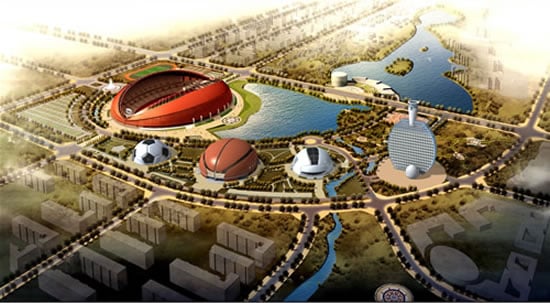