The Ritz Carlton Marina Del Rey is the only triple ‘A’ five-diamond waterfront hotel in Los Angeles. The Ritz Marina Del Rey will now house a unique super spa called the ‘Spa Nautica.’ The Spa Nautica is not a chain that will be found in all Ritz’s but rather a one of a kind, unique concept that will only be found at the Marina Del Rey Ritz. For its opening on the first of March, the Spa Nautica with a special bubble from the Spanish Toiletry brand, Natura Bisse. The bubble is filled with 99.95 % pure air, and inside it, Spa Nautica was offering 30 minutes “Direct Affect” facial that uses carboxytherapy. While the bubble was only for the opening, the carboxytherapy facials are available at the spa in one of its regular treatment rooms. Spa Nautica states that ‘this is the same tent that was at the Oscars giving red carpet royalty these magical facials!’ 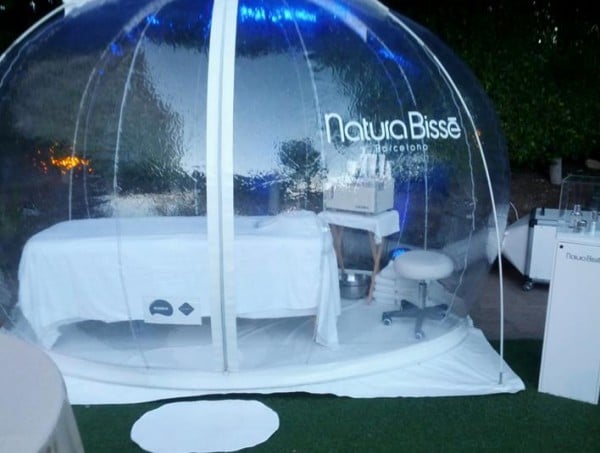 The spa houses 7 treatment rooms including couples rooms and wet rooms, each room has been designed using a Spanish Nautical theme. While the spa offers the regular array of massages, it also offers rejuvenating and anti aging facials such a s the “Diamond Experience Cryo- Repairing Lifting Facial” which costs $325 and lasts 90 minutes.

READ:  Not your average Mojito - From Paris to Tokyo here are the 7 most expensive cocktails served in the world

On warm days, the spa will even offer outdoor treatments on the hotel’s pool deck. The spa offers unique treatments and products such as vegan nail polish, thus catering to a vast clientele.