If you happened to walk around London in the 1970’s on London’s South Bank, and were disgusted by a view of an ugly office block – you are in for a surprise! 2014 saw a major transformation of the block into a nautical themed luxury hotel – the Mondrian London.

The 359 room hotel elegantly sits between the Oxo Tower and the Blackfriars Bridge. The unconventional design of the hotel entails a vast copper hull sweeping through the centre of the building. The hotel has been designed by interior designer Tom Dixon, whose other projects have included the private members’ club Shoreditch House in east London.

The Sea Containers restaurant is Seamus Mullen’s first outside America and is wrapped around a rather fabulous bar complete with a dangling yellow submarine. An on-the-run breakfast is available in The Den: coffee, papers, quick, perfect.

I must say the décor and style of the rooms is quite masculine – corridors are a bland grey – so it’s a nice surprise when the door opens to reveal loads of space, some neat touches. Definitely reserve a room at the River View Balcony Suite. 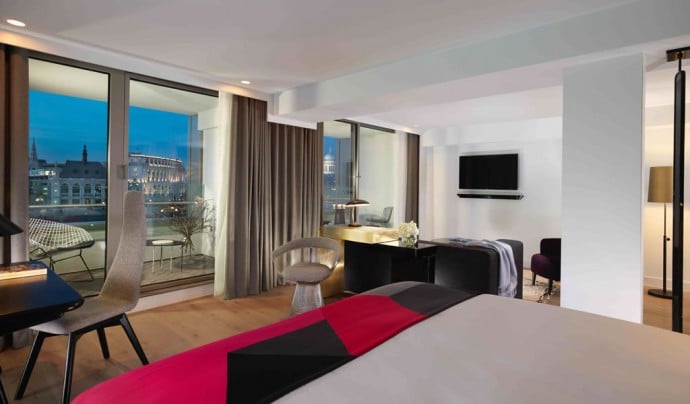 Indeed, one of London’s most sought after accommodations – the River View Balcony Suite is designed to offer fantastic views of the River Thames from the furnished private balcony. Of course, look higher than the river and London’s skyline is a vision in itself. 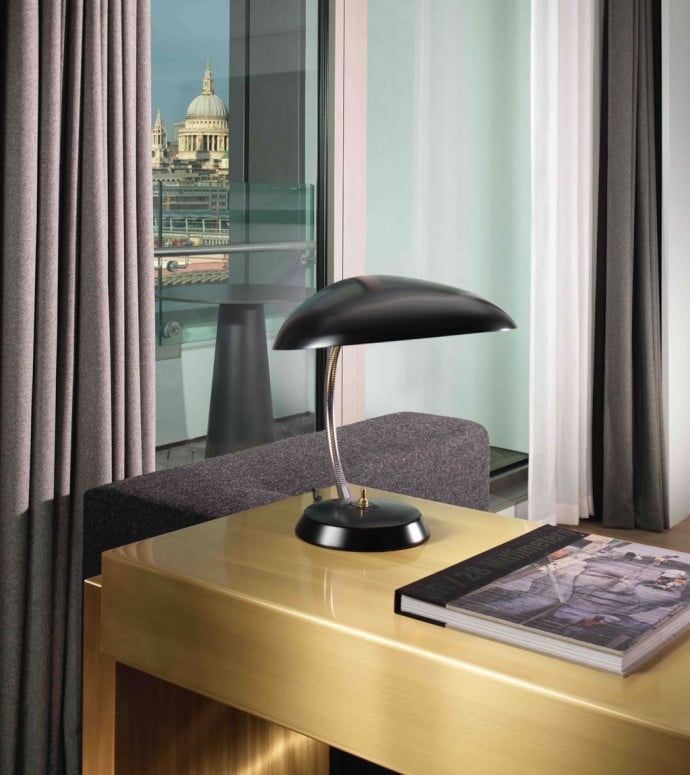 The one-bedroom suite entails a spacious bedroom, a living room, a four person dining table and a generously sized bathroom. One can witness touches of Tom Dixon’s style with his signature wingback chair and the original Warren Platner designed chair. 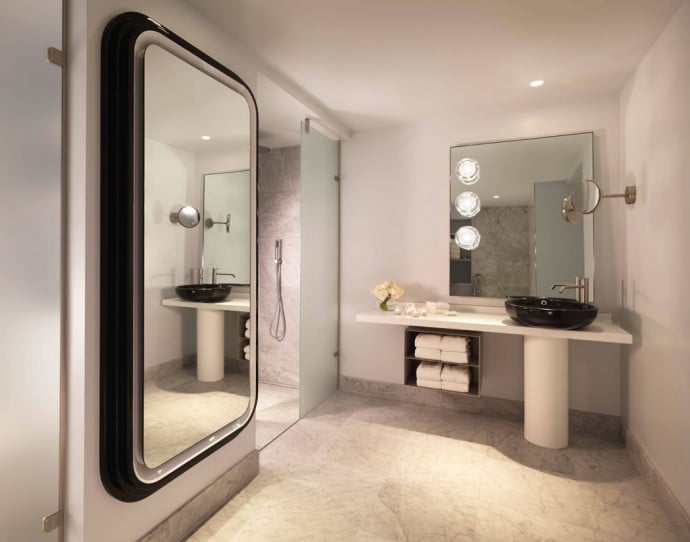 The well appointed marble clad bathroom features a free standing bath and a rainfall shower in addition to the guest cloakroom. The one bedroom suite has also made place for two large TV’s within it. The mini bar comes complete with chunky cut crystal glasses, which again are a nod to the seafaring era.

Why would you want to splurge on it?
Undoubtedly the well-appointed suite has one of the most sought after locations in London with a view of the River Thames and with it the stunning London skyline.

Tags from the story
London, Suite-Of-The-Week