It’s that time of the year again when the Ice Hotel opens its doors to the world and this time around, this vacation spot in Swedish Lapland has 19 new suites, each unique and eye-catching as ever! For the 26th edition of the Ice Hotel, artists were invited from around the globe to design a suite at the Ice Hotel. From all of them, only a handful of the very best were selected to craft these rooms. This year’s rooms are all themed after nature, sporting animal patterns and naturally-inspired architecture. The hotel contains 50 bedrooms, a church and a bar. Each of these rooms is individually themed, giving visitors a unique experience on visit. 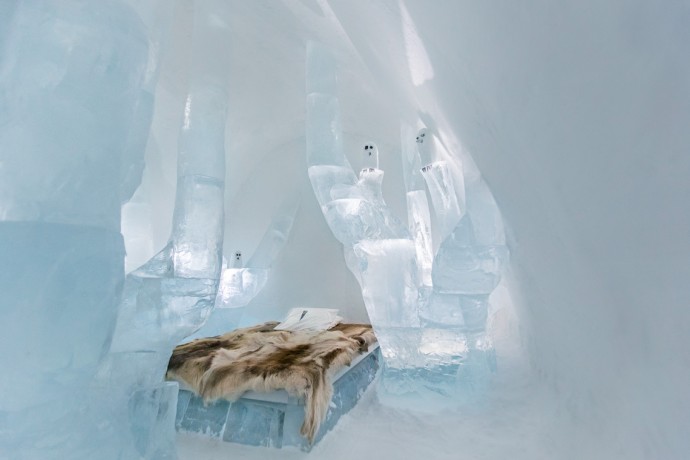 Forest Fairy by Benny Ekman, Sweden
We’ve spoken about the Ice Hotel several times before and stumbled across one of our favorite suites, the BMW designed room with a private sauna from 2014. That certainly hasn’t stopped us from staring in awe at the Ice Hotel yet again and marveling at its sheer architectural genius. The chandeliers in this edition of the Ice Hotel are made from 1,000 hand cut ice crystals, while the snow used to create the hotel’s bedroom, church and bar alone could make more than 700 million snowballs!

Two As One by José Carlos Cabello Millán, Spain 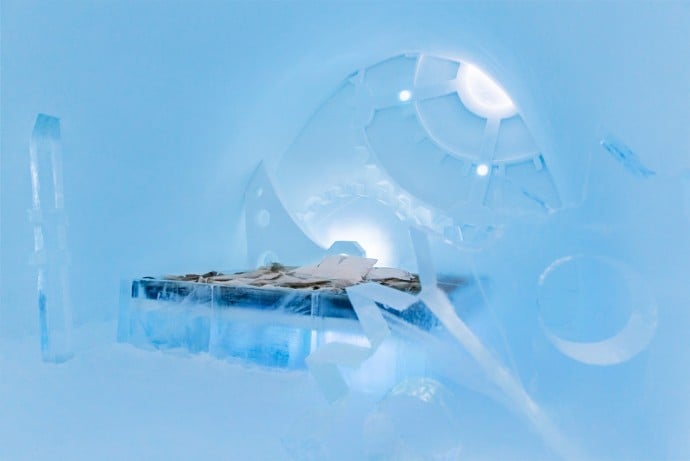 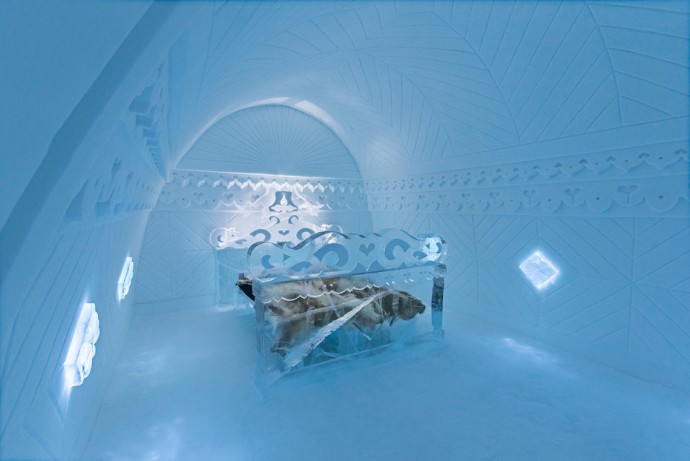 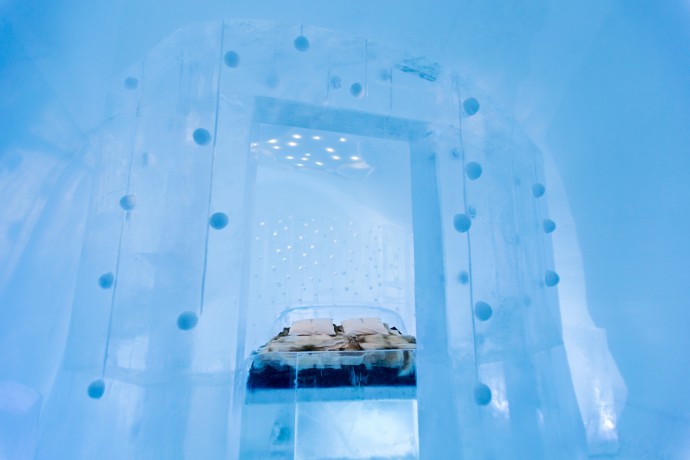 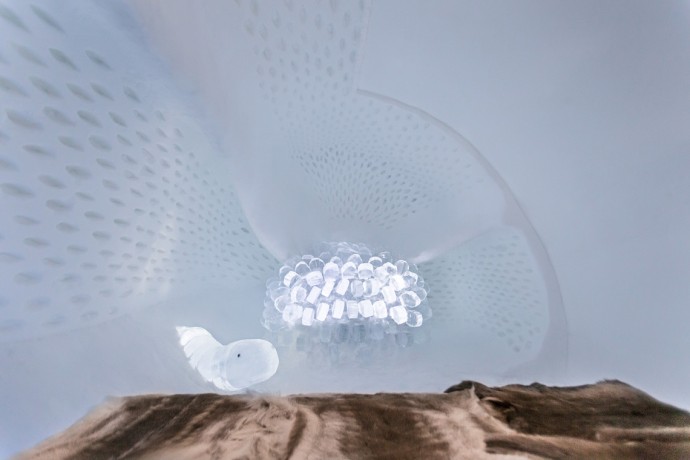 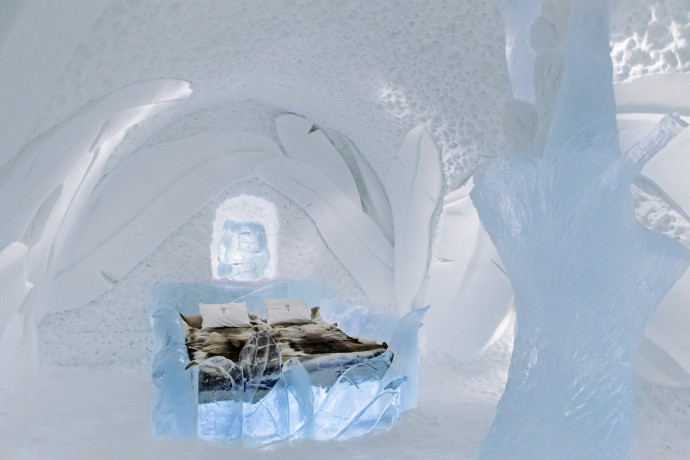 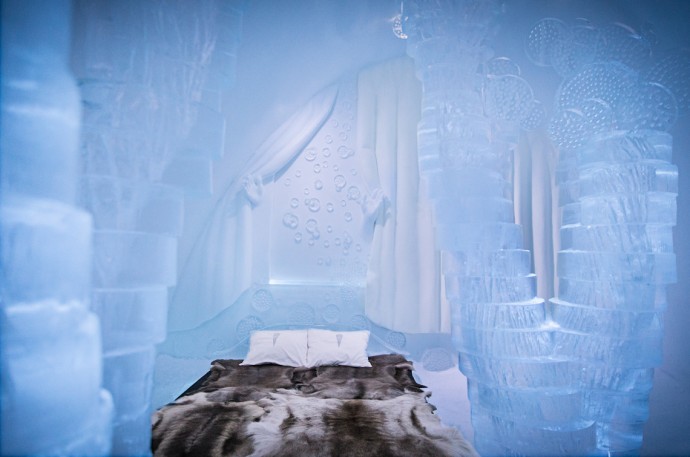 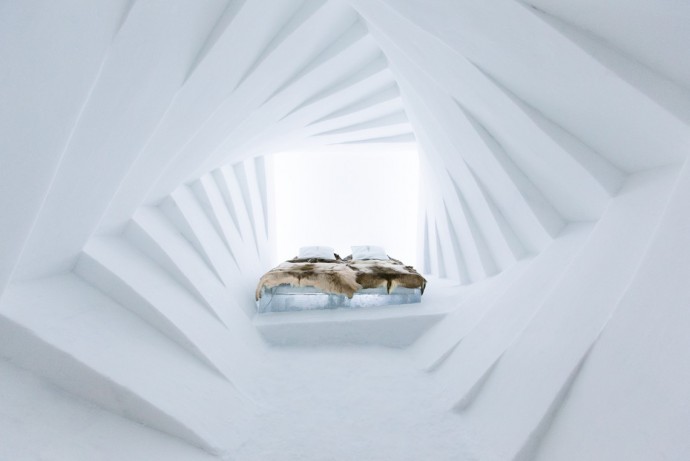 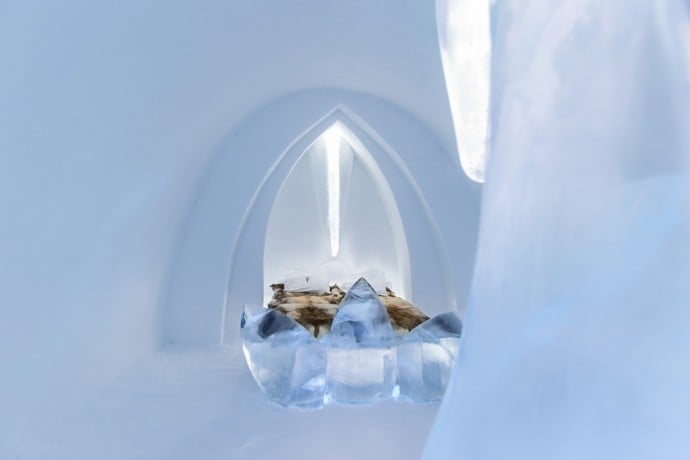 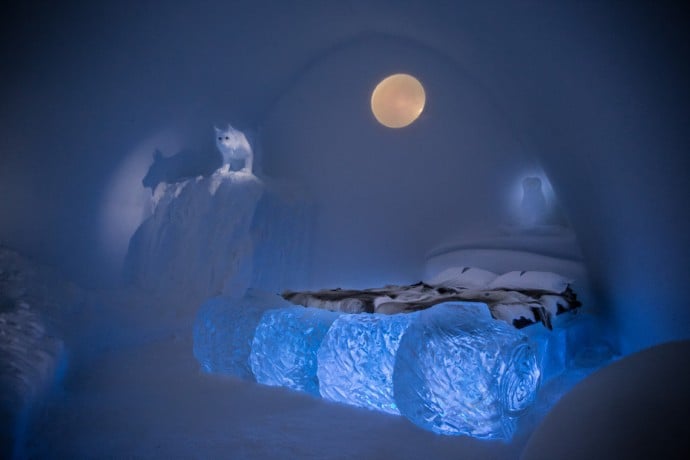 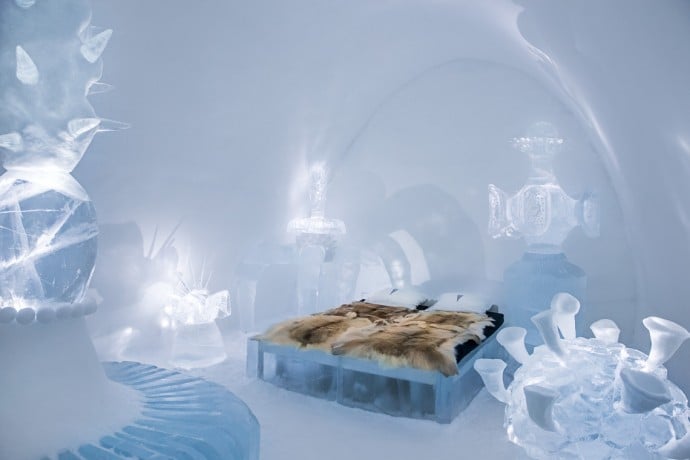 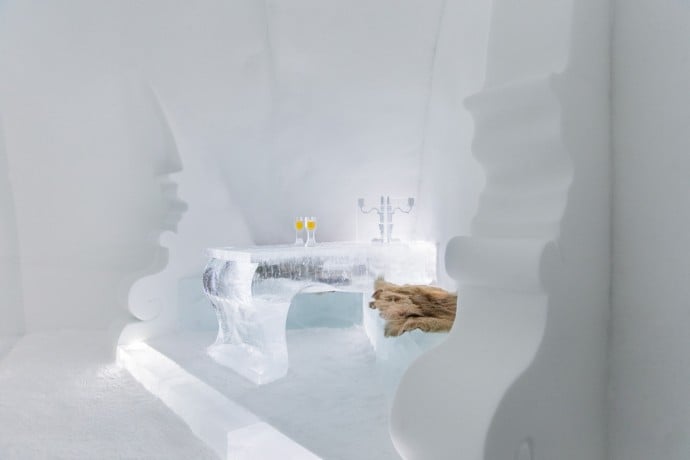 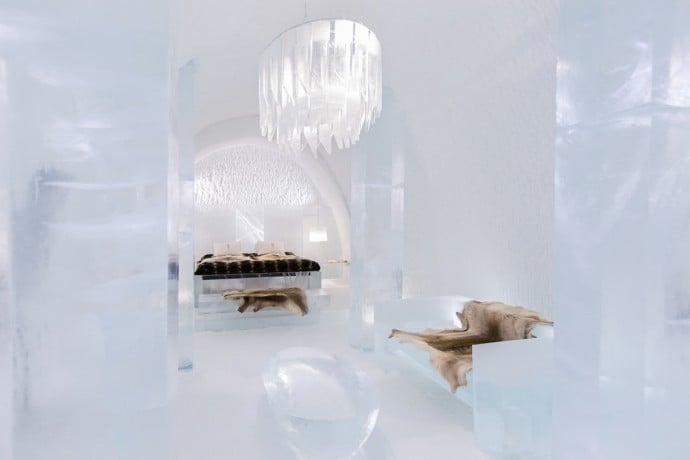