New York City’s Crown building located at Fifth Avenue and 57th Street will be the destination for the latest Aman property. This marks a departure for the company which has most of its hotels and resorts in far flung, tranquil locations, with Tokyo being the only other city boasting an Aman property. The 22 non-retail upper floors of the building will become an 83-key luxury hotel comprised of 750-square-foot rooms with working fireplaces (at least that’s what the rumors say).

Also thrown in the mix are 20 luxury condos, including one a five-story penthouse with a wraparound terrace and indoor and outdoor pools. How any of this is possible in NYC remains to be seen, but Russian developer Vladislav Doronin will certainly have his hands full with this lofty project.
Meanwhile the Aman New York also promises a three-story spa, a Garden Terrace with Central Park views, a Piano Bar, a Wine Library, a subterranean Jazz Club, and a Cigar Bar. 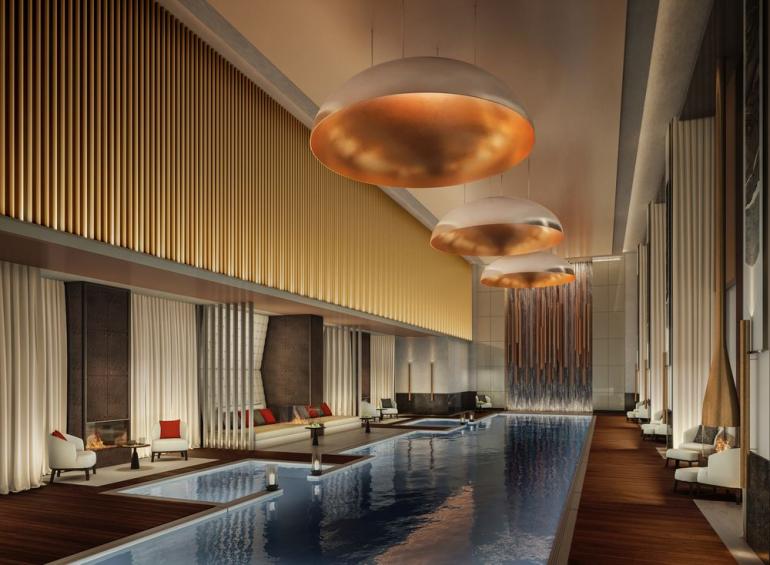 The prized penthouse is rumored to be worth $100 million, but the other condos won’t come cheap either with prices ranging from $5.9 million for a one bedroom apartment to $58.3 million for a 4 bedroom condo.

The Aman New York is slated for a 2020 launch. It will be interesting to see this new direction for the brand beloved by “Aman Junkies”.

Tags from the story
Aman-Resorts, New-York