This year marks the 25th Anniversary of the Ice Hotel in the Swedish town of Jukkasjavri. Every autumn work starts on the Ice hotel and by end March, beginning April the hotel melts away. The hotel is built from 1,600 tonnes of ice and snow from the nearby Torne river. It takes a team of 100 workers and eight weeks of work to get the hotel on its feet. A sturdy combination of snow and ice called ‘snice’ is used to hold the building together. Thousands of people visit this hotel and choose to stay here overnight in the rooms which maintain a temperature of 17degrees Fahrenheit. 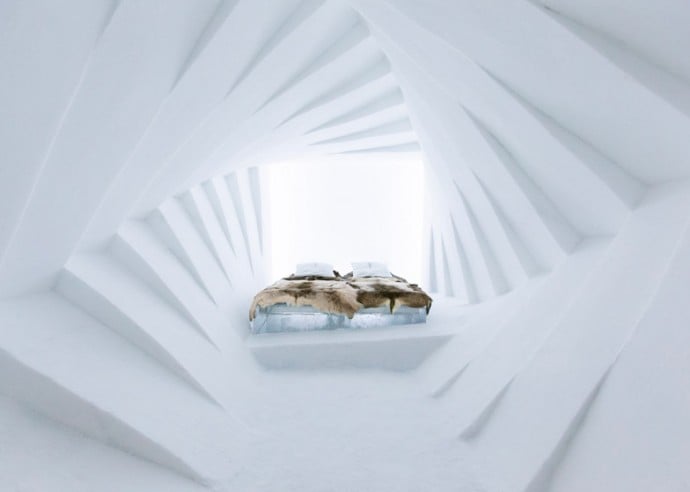 To mark this special year the architects of the hotel have outdone themselves and this time the hotel boats of an ice chapel and a movie theatre besides the regular bars and lobbies and 61 rooms. Forty two artists from 11 different countries have participated in designing the interiors of the suites, hence each room has a different concept and design. Some give the illusion of infinity, while some have he concept of spring, some replicate traditional wooden houses of Poland while some show the inner workings of a clock. This year the bar is called Boom and it appears to have risen out of an enormous ice explosion. The main Aurora Hall is also made of ice and hosts performances by reputed artists. This is the first time the hotel is offering outdoor activities like cross country skiing, snowmobiling, dog sledding and winter running. 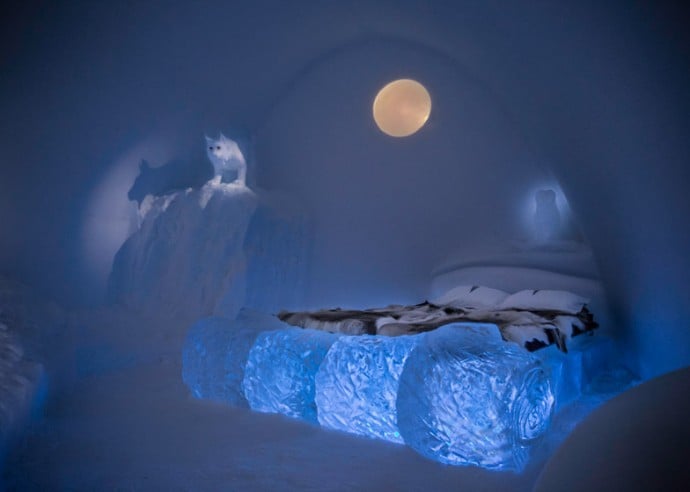 Visiting an ice hotel normally finds its way on everyone’s bucket list, so if it is still not ticked off your list, pack your bags and destination Sweden.