Squash can get your adrenaline pumping but even more so when you watch the game overlooking at the space age Pudong skyline. The Peninsula Shanghai took the game to new heights after it hosted the China Squash Open 2014 on its 11th floor in an all-glass court, overlooking the historic waterfront district- The Bund. The largest World Tour event saw participation from the world’s best male and female squash players and attracted plenty of economic benefits. 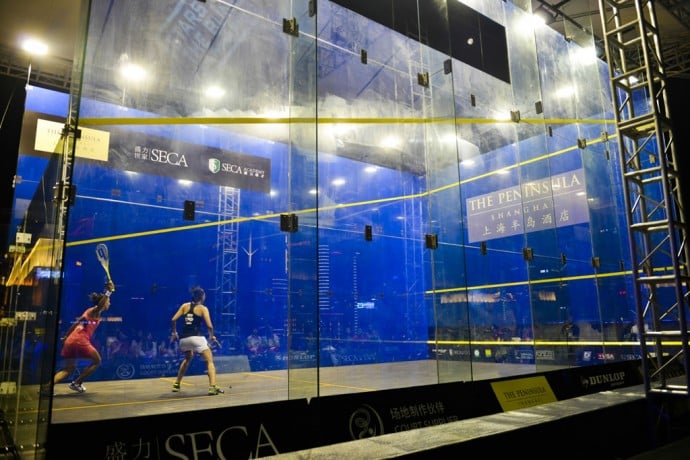 The enclosed glass cube squash court was specially developed for The Palace Suite, allowing the ultimate in spectator viewing from all four sides. Exquisitely decorated with Art Deco motifs and detailing, The Palace Suite features a 1,200 sqm wrap-around terrace showcasing spectacular panoramas of the Shanghai skyline and featuring a marquee for all-weather entertaining.

READ:  Atlantis Hotel in Dubai is home to more than 65,000 marine animals 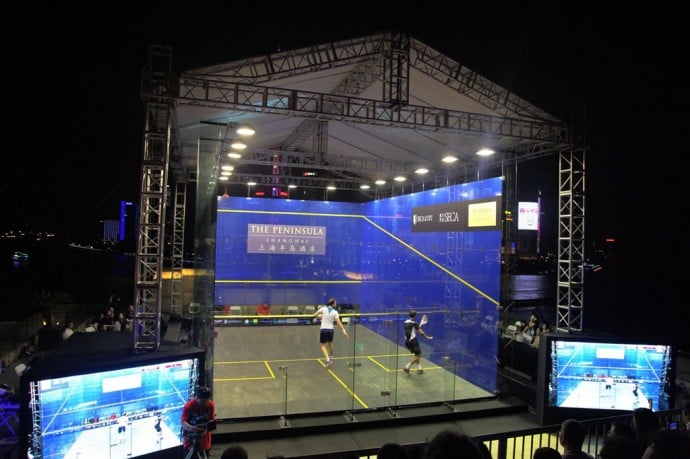 Several high-profile Chinese sports stars attended the World Squash Championship China Open 2014 – Stars On The Bund at The Peninsula Shanghai, underlining its importance for promoting the sport in China. Squash is considered to be one of the fastest, most demanding sports on the planet, combining power with finesse and is played by 20 million people in 185 countries.

READ:  The Peninsula Hong Kong has partnered with Van Cleef and Arpels to offer a jewelry themed afternoon tea 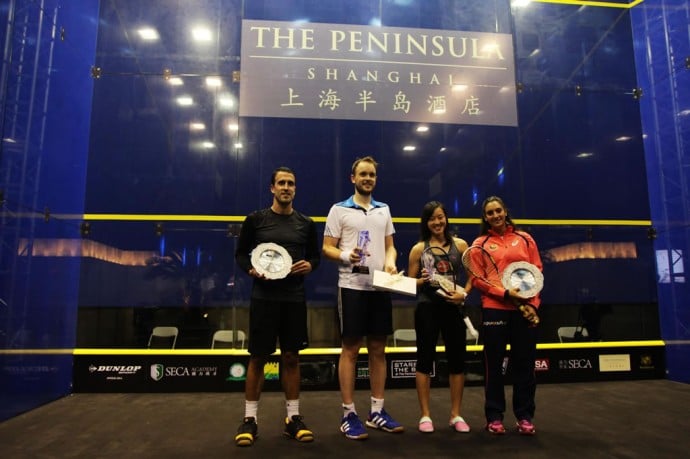 Utilitarian designs and cookie-cutter stadiums are a thing of the past. Stadiums or arena are now being fashioned to capture your senses. The Burj Al Arab is well known for hosting a friendly tennis match between Roger Federer and Andre Agassi on its helipad in 2005.

Tags from the story
Peninsula-Hotels, Shanghai