Holborn Group and TA Global announced on Friday their plans to add to Vancouver a new luxury destination courtesy of Trump Development and managed by Trump Hotel Collection. The establishment will be a project that’s inclusive of both a luxury hotel and a residential tower. To be located on Georgia Street in Downtown Vancouver’s Coal Harbor, Trump International Hotel & Tower Vancouver has been estimated to be built at $360 million. Arthur Erickson would design the structure as a twisting tower that rises to 616 feet, 57 stories high. In addition to 147 guest rooms, the hotel would also feature a Champagne lounge, signature restaurant, Mar-a-Lago Spa by Ivanka Trump, a banquet and conference center. An added feather would be a pool bar nightclub, a first in Vancouver.

Above the hotel would be the residences, consisting of 218 rooms ranging from 644 to 2,117 square feet, with penthouses between 3,500 and 4,400 square feet. The residential suites would soon arrive on sale in October 2013, while the project is expected to reach completion in the summer of 2016. 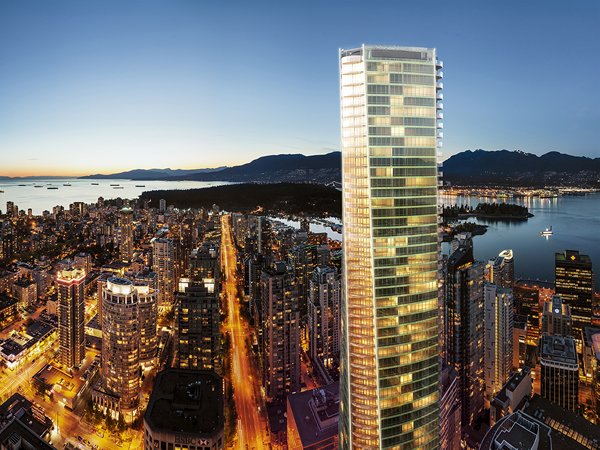